The appearance before the National Court of the skipper of the Villa de Pitanxo, Juan Padín, is imminent, but the families of the 21 fatalities of the shipwreck of the Galician fishing boat in Newfoundland have their sights set, especially on another front: their repeated claim to the Government to send a robot to the sunken wreck with the aim, among other things, of gathering information on how and why the accident occurred. 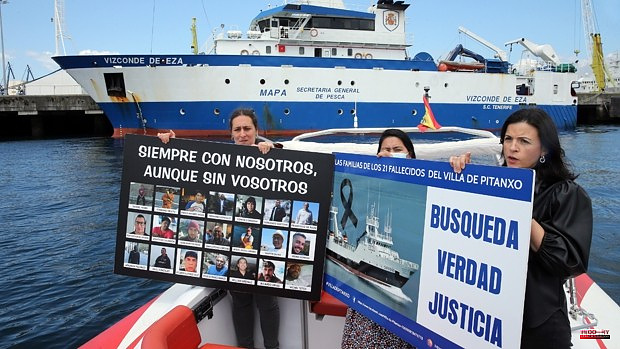 The appearance before the National Court of the skipper of the Villa de Pitanxo, Juan Padín, is imminent, but the families of the 21 fatalities of the shipwreck of the Galician fishing boat in Newfoundland have their sights set, especially on another front: their repeated claim to the Government to send a robot to the sunken wreck with the aim, among other things, of gathering information on how and why the accident occurred.

The families are disappointed with the Government of Pedro Sánchez, whom they accuse of failing to fulfill its commitment to do "the impossible" to get off the ship. The Government rules out sending a robot to the fishing boat despite the fact that the families, who consulted with specialists, believe that it is perfectly viable. And the last straw that fills his patience is that the central Executive is about to charter a ship from the General Secretariat of Fisheries to Newfoundland – in which Galician and Portuguese researchers will travel to study the fishery resources of Canadian waters – and to rule out embark on this ship a robot to descend to the hull of the Villa de Pitanxo.

“It is insulting and shameful,” María José do Pazo – daughter of the machinist of the sunken fishing boat –, spokesperson for the 21 families, lamented this Saturday.

«They say that the Pitanxo is sunk at 1,000 meters, which they have not even measured. We have reports that it could be 600 meters. Why don't they send equipment to investigate? Why don't they accept the offers of other companies and those of the Xunta to pay for the transfer, ”María José do Pazo argued before the press. And she insisted: «The only thing we ask is that the biggest maritime accident of this century be investigated. We have been reaching out for three months to receive explanations, and we only find obstacles and lies.

For his part, the Government delegate, José Miñones, has asked "not to further politicize" the Villa de Pitanxo case, since "it does not help anyone", and has asked to let the ongoing investigations continue their course. “The important thing is that the investigation advances. We share this need with the families, to clarify responsibilities », he assured, after which he endorsed « all the collaboration » of the state government.

The representative of the Government in Galicia has assured that the Viscount of Eza "is not adapted" to carry the means that would be needed for the investigation. "We could endanger the crew itself and nobody wants that," he pointed out, according to Europa Press.

“Let us respect the times of the investigations -right now two, one from the Permanent Commission for the Investigation of Maritime Accidents and Incidents (CIAIM) and another judicial-, the technicians and the courts. Those responsible for the investigation will be the ones who tell us what we have to do, ”Miñones has settled.

To show their anger, a representation of the families summoned the media to the Vigo Nautical Port, where the Vizconde de Eza was moored before setting sail for Canadian waters. The intention was to be photographed in front of the ship as a protest. And, although a change in the docking place made this symbolic act difficult for them, finally a representation of the families got on a zodiac to be able to take said photograph. With the Viscount of Eza in the background, they showed two posters. One, with photos of the 21 victims and the legend 'always with you'. The other, vindictive, with three main words: 'search', 'truth' and 'justice'.

Justice, and more specifically, to investigate whether the skipper and the shipowner -Grupo Nores- were responsible for the shipwreck, is the objective of the appearance this Monday before the National High Court of the three survivors: Padín, his nephew and crew member, Eduardo Rial, and fellow sailor Samuel Kwesi. The version of the latter contradicts that of the skipper and shipowner on the cause of the incident.

1 Secret Service alerts Pence chief of staff about the... 2 Ad against Beasley mirrors GOP attack on Ketaji Brown... 3 To strengthen the bones and muscles of astronauts,... 4 Ohio approves arming teachers after 24-hour training 5 20 states are vying for the right to vet 2024 Democratic... 6 Emails reveal Trump's plan to remain in office... 7 In April, the pulse is rediscovered by the stores.... 8 CAF sees great opportunities to use the energy transition... 9 Several banks in Texas told Texas that they don't... 10 Liz Cheney: Donald Trump is surrounded by a "cult... 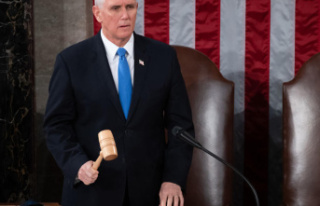 Secret Service alerts Pence chief of staff about the...