The scene is moving. 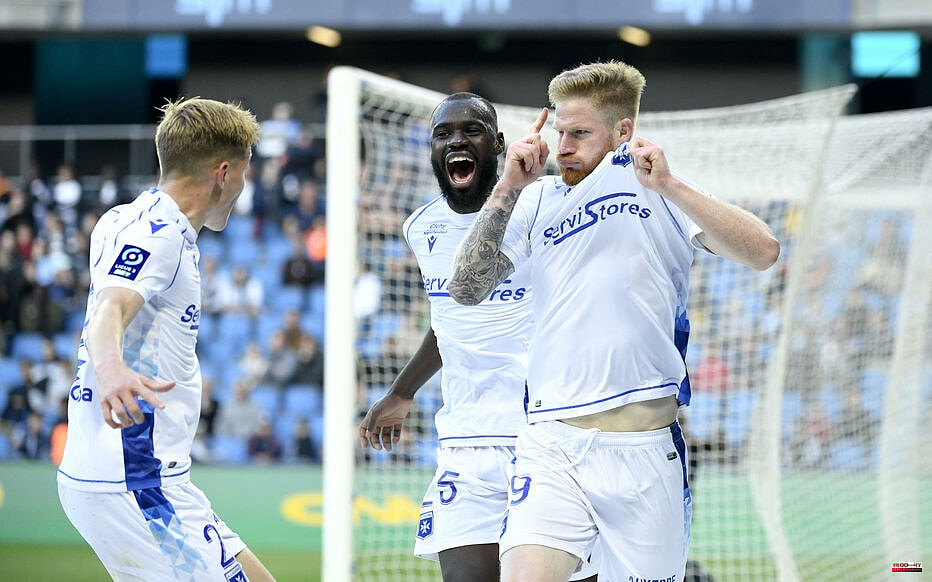 The scene is moving. Filmed in front of the camera, a child, hat on his head, recounts his fight against leukemia. At his side, a flag of the Bourg-en-Bresse Péronnas team (National) of which he says he is a big supporter. Lucas, as the kid introduces himself, would like to receive the jersey of one of his favorite players, midfielder Maxime Blanc. “We had been touched and we had accepted his request”, says Thomas Félix, communication manager of the Ain club, who posted the video online on Wednesday retracing this story. The publication has everything to move social networks. Above all, it will allow you to break through an unimaginable scam.

Because quickly, other press officers from different clubs react on Twitter to denounce the scam. In Auxerre, Quevilly-Rouen or Chambly, all received the same request, always featuring Lucas. The scheme: a video or an exchange by e-mail recounting the child's illness and a request for a jersey. Each time, the little one is a supporter who has recently been forced to move. “We, he explained to us that he came from Beaumont-sur-Oise, cowardly, disappointed, Maxime Malovry, community-manager of the Oise club. We had discussed the possibility of him coming to kick off a home game against Laval. Annecy, second for National, offered the family to pick up the jersey of their striker Alexy Bosetti at the stadium one match night, an offer that remained unanswered.

Leukemia in Chambly and Bourg-en-Bresse, heart surgery for Quevilly-Rouen

If in his message to Chambly the child claims to live with leukemia, the same Lucas must enter the hospital to have heart surgery in the sequence sent to Quevilly-Rouen. Like Bourg-en-Bresse, Auxerre was moved and passed on the tunic of its striker Gaëtan Charbonnier. Gifts that converged at an address in the Var, in the town of La Garde. But not directly with this Lucas or those who presented themselves as his mother and father in the exchanges. But at Lionel and Stéphanie, implicated without knowing it in this lie.

Wednesday evening, Thomas Félix shares on Twitter a screenshot of an exchange of e-mails with the family of Lucas. The email comes from an email address with the mother's first and last name. His mailing address is also included in the text. But if the parcels arrive at her home, it is not she who wrote the messages. “We are victims of identity theft, explains to Parisian-Today in France Lionel. My wife has received insulting messages and death threats on Messenger, because people think she is responsible for this scene. But it's wrong. »

“He is not sick, he just has pain in his ankle”

At the start of the year, his former neighbour, Laurent, asked him if he could have a few parcels delivered to his home. “I know he is a collector of football shirts, I accepted without a second thought, says Lionel. I had a big doubt a month ago when a package in the name of Lucas arrived at my house. As it is the first name of my nephew, I brought it to him. When my brother-in-law opened the package, we realized that it was not intended for him. Inside, there was a jersey from the Versailles club with a message like: Strength to you, don't give up in your fight against illness. I found it weird, because Laurent's son is not sick, he just has pain in his ankle. »

Ulcerated, Lionel called his former neighbor on Thursday morning. The latter promised to return the jerseys to the injured clubs, photos of the packaged overcoats in support. Auxerre and Bourg-en-Bresse Péronnas confirmed this version to the Parisian. "He created an email address in the name of my wife to do that... I told him it was very serious and that it wouldn't stop there," continues Lionel. The couple must go and file a complaint for identity theft at the La Farlède gendarmerie in the early afternoon. Solicited by email and telephone, Laurent did not respond to requests from Parisian-Today in France.

1 Ortuzar regrets that the Sánchez government "only... 2 The Ibex 35 trades with a fall of 1.2% in the middle... 3 OHLA launches its sustainability plan for the 2022-2025... 4 Planas expects Brussels to approve the CAP Strategic... 5 Russian soldier on trial for war crime 'ask forgiveness' 6 [LIVE] 85th day of war in Ukraine: here are all the... 7 Dismantled a gang of "full police" who stole... 8 They authorize the human trial of the therapy against... 9 Amber Heard and Johnny Depp trial: Lance Bass causes... 10 Heat wave: a record 38 consecutive days of temperatures... 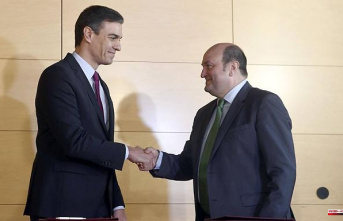 Ortuzar regrets that the Sánchez government "only...