Fadriqueñas Days: trip to the past after two years of pandemic

It was definitely a tourist and cultural event "of the first magnitude that all of La Villa de don Fadrique was waiting for," they say proudly from the organization. 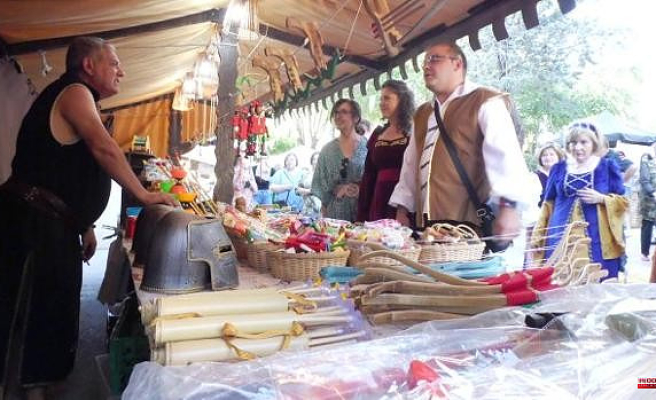 It was definitely a tourist and cultural event "of the first magnitude that all of La Villa de don Fadrique was waiting for," they say proudly from the organization. And the period costumes and fifty stalls in a medieval market, in addition to musical parades, returned to the streets after two years of the pandemic.

The XIII Fadriqueñas Conference, under the motto "The Peasantry and the Rural World in the Middle Ages", celebrated its 13th edition. They started on Friday with a massive inauguration by the entire municipal corporation, representatives of the Toledo Provincial Council and associations of women.

«A party that transports us to the origins, returning, three years later, to honor the memory of our founder, the master of the Order of Santiago, the infante don Fadrique, who granted us the Puebla Charter with the Fuero de Sepúlveda», recalled the Councilor for Culture and Celebrations, Alfonso Martín.

There was no lack of theater with the “Lorquianas” company from Chiloeches, with Lope de Rueda and Miguel de Cervantes as protagonists; music, the dance of the association Dance with me; historical conferences, wine tasting, gastronomic exhibitions, as well as participatory and educational workshops, such as one on shields or medieval prints. There was also a meeting of lacemakers and even tastings of typical sweets.

The mayor, Macarena Aguado, especially thanked the residents of the Plaza Mayor and Plaza de España who "stoically endure the inconvenience during these days, so that we can all enjoy this event that commemorates our founder."

This Sunday is the epilogue with a concentration of classic cars, storytelling, a knight's fight, a performance by the El Alba Dance Group and a hoop and pyrotechnics show before closing with the traditional fireworks.

1 Álvaro Gutiérrez congratulates the CEI Toledo Basketball... 2 Myanmar claims it will execute its first execution... 3 Followers of Guaidó and Maduro face a clean chair 4 Two key cities in eastern Ukraine are the scene of... 5 Numerous people are injured in a train accident in... 6 NATO chief talks to Erdogan about Finland and Sweden... 7 "Break upstairs from the locker room": the... 8 Almagro's prophecy about Rafa Nadal and Roland... 9 Pakistan is urged to hire back a reporter who was... 10 NATO conducts Baltic Sea naval exercises together... 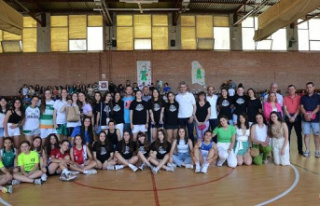