"Exponential" is the word that should already be a candidate for the nonsense word of the year in one of the hottest trouble spots on earth. 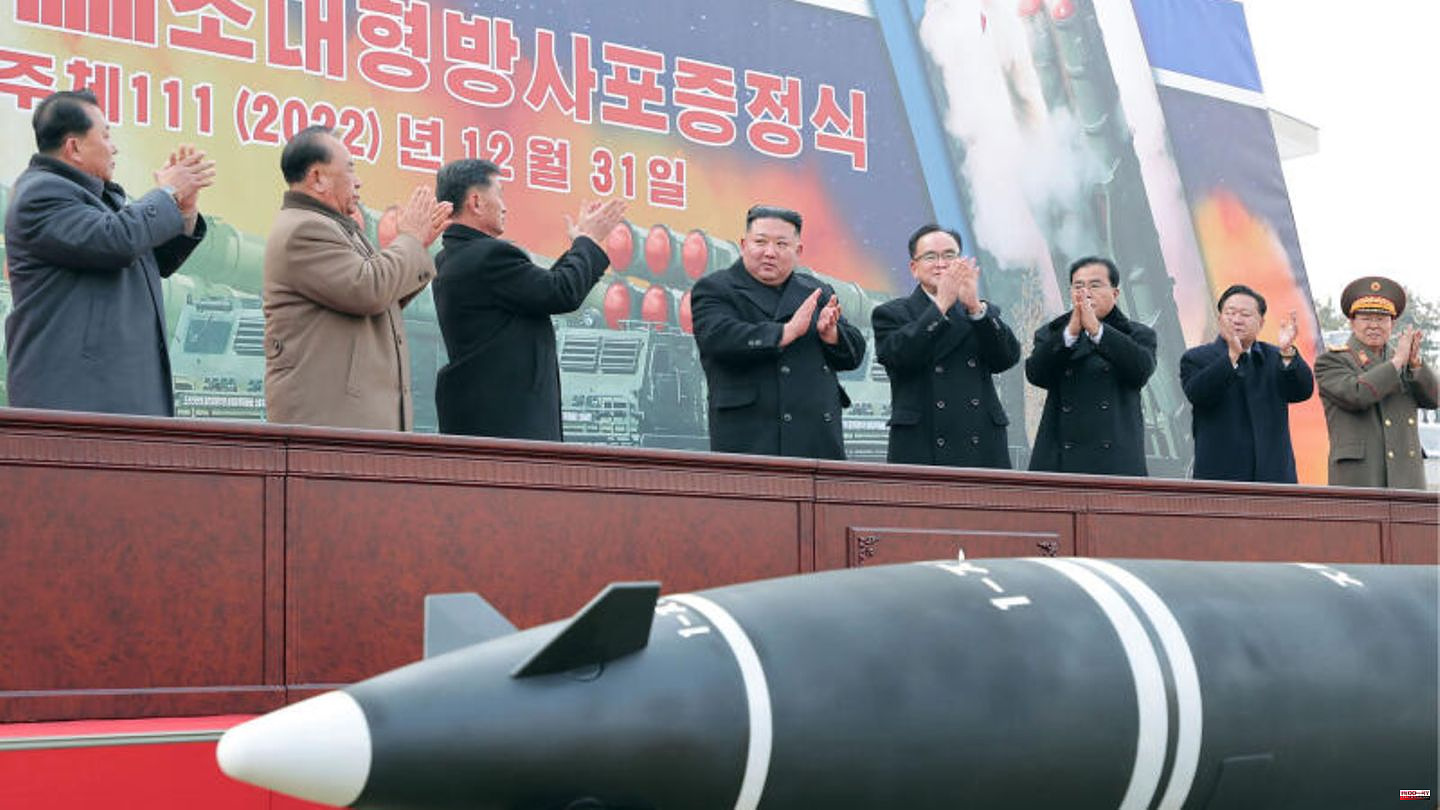 "Exponential" is the word that should already be a candidate for the nonsense word of the year in one of the hottest trouble spots on earth. Because that's how North Korean dictator Kim Jong Un described the rearmament plans for the coming year at the end of the multi-day year-end plenary session of his Workers' Party's Central Committee (stern reported). In 2023, not only new ICBMs for "a rapid nuclear counter-attack" are supposed to reach the USA. Smaller, tactical nuclear weapons are also to be mass-produced and a spy satellite launched into space as quickly as possible. The new year begins as the old one ended: with plenty of fuel in the fire.

The South Koreans have learned to live with the sometimes more, sometimes less threatening saber-rattling from the supposedly socialist north. However, the sheer extent to which Pyongyang has sharpened its nuclear knives in the past year is certainly cause for concern - even for the US protecting power.

At the weekend, four short-range North Korean missiles crashed into the straits between Korea and Japan within 24 hours. In Pyongyang it was said unabashedly that a "super large multiple rocket launcher system" had been tested. This could potentially make all of South Korea a target – including for nuclear warheads. It was the fiery conclusion to a rocket-fueled year.

According to counts by the US news website "Axios", Pyongyang had already fired more missiles than ever before in mid-October, according to the US news agency AP, there were more than 70. Tempers flared again just last week when North Korean drones flew by for the first time in five years flew the border. The South Koreans responded with warning shots. This "like you do me, like me you" principle may still work at this level. One level higher, a chain reaction is already threatening, the magnitude of which would even make the Ukraine war pale.

The fact that the regime has apparently lost all shyness is due to new and old friends. Because since the beginning of the Russian war of aggression in Ukraine, the leadership around the ruler Kim has oriented itself ever closer to Moscow and its much more powerful mutual friend Beijing. With two permanent members of the UN Security Council on its speed dial, Pyongyang faced few real consequences. Attempts by the UN to sanction the aggressor even more severely because of the illegal tests have repeatedly turned out to be empty threats.

Not so long ago, North Korean muscle flexing was still considered a loud but ultimately half-hearted growl. That changed by September 2022 at the latest. At that time, the party leadership had declared a nuclear first strike permissible by law. This means that the party headquarters does not shy away from pressing the red button, even in the face of conventional threats. "Pyongyang no longer sees its nuclear weapons as useful only for retaliating against an attack, but also for winning a limited conflict," analyzes the US specialist magazine "Foreign Policy". In other words, Kim is deliberately sawing the already narrow branch on which both nations are sitting. Apparently he thinks he'll land softer than his neighbors.

In response to the rampant missile tests, the United States and South Korea had resumed their joint military exercises, which had been severely restricted in the meantime. The fact that Japan is now taking part in large-scale naval maneuvers speaks volumes given the historically frosty relations between Tokyo and Seoul. The former enemies are not only united by the common threat from the north, but also by the fear that the USA could withdraw from the region for its own protection. "Washington should reaffirm its commitment to its extended deterrence guarantee while at the same time opposing South Korea's growing commitment to developing its own nuclear weapons," said a contribution by the US think tank "Heritage Foundation".

Instead, threats continue to be diligent. South Korea's defense ministry said on Sunday that any attempt by North Korea to use nuclear weapons "will lead to the end of Kim Jong Un's government." Something similar had previously been heard from the US military.

For his part, dictator Kim accuses the USA and South Korea of ​​wanting to put maximum military pressure on his country. Washington and Seoul would eventually handle nuclear weapons themselves and work with the Japanese to build a regional, NATO-like military bloc. In short: the USA is to blame for this new Cold War. The question arises: What came first? The chicken or the egg? Supposed provocation or rocket test? Kim's allegations are strikingly reminiscent of Vladimir Putin's justification for the attack on Ukraine. Moscow, too, felt cornered by a Western military alliance and ultimately pushed to the extreme and reinterpreted the invasion of the neighboring country as a preventive strike.

Negotiations between the warring neighbors have been on hold for four years now. The White House tentatively stretched out a hand to Pyongyang several times last year – but it was always rejected. From the North Korean point of view, they only want to return to the negotiating table when the hostile policy of Washington and its partners comes to an end. In other words, we won't talk until you massively scale back the sanctions and stop flexing your muscles. Kim announced in September that there would be "absolutely no denuclearization, no negotiations and no bartering" despite the economic sanctions imposed by the international community. Willingness to compromise sounds different.

From the leadership's point of view, nuclear weapons are not just a shield against everything supposedly evil from the South or West. According to a report by the US news agency AP, many experts are certain: Above all, Kim wants to open up a new, stronger negotiating position with his rearmament plans. The idea: the bigger the pile of explosives he's sitting on, the more "willing to compromise" Washington might be.

Apparently, Seoul doesn't see things very differently: President Yoon Suk Yeol wants to integrate his country more closely into the US nuclear deterrent system. In an interview with the South Korean newspaper Chosun Ilbo on Monday, Yoon said that joint planning and exercises are already being discussed as far as nuclear capabilities are concerned. The principle of "extended deterrence," according to which Washington would use nuclear weapons to defend South Korea if the worst came to the worst, is simply no longer enough for many South Koreans.

That the nation, which has been separated since 1945, will take at least half a step towards each other this year is therefore unlikely, to say the least. In any case, there is still no peace treaty – and it is likely to stay that way for the time being. As things are now, that would already be a success. 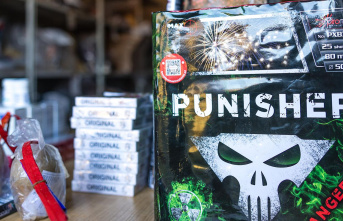