Expo Leóni4: a bridge that unites industry and talent

Three basic objectives were what prompted the celebration, on the 20th in León, of the Employability Forum 'Expo Leóni4': improve employability, favor intermediation and create a meeting space. 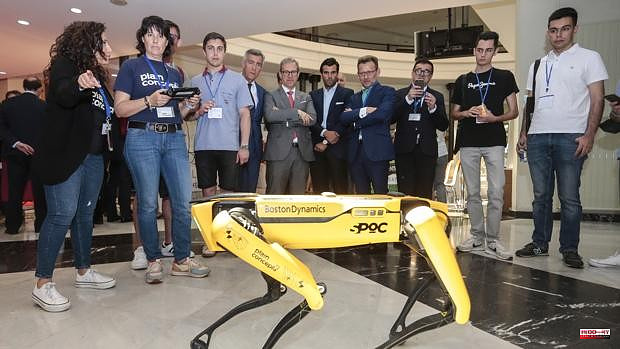 Three basic objectives were what prompted the celebration, on the 20th in León, of the Employability Forum 'Expo Leóni4': improve employability, favor intermediation and create a meeting space. "'Leóni4' has come to stay," assured its organizers, who remarked that "through different activities and initiatives" the conference consisted of "putting the most cutting-edge companies in the province in contact with the best talent as far as industry 4.0 is concerned». In total, 160 students and 30 companies with a turnover of more than 650 million euros participated.

"We have a great opportunity to unite the business world with the university world with the aim of creating a collaborative link between talent and the possibility that it can be incorporated into Leonese companies," said the president of the Leonese Federation of Entrepreneurs (Fele ), Javier Cepedano.

It was precisely the Fele -together with the School of Computer, Industrial and Aerospace Engineering of the University of León (ULE) and with the support of Banco Sabadell- that promoted this initiative, to which all political, social and and economic, as well as private entities.

The rector of the University of León-ULE, Juan Francisco García Marín, also emphasized the success of this event, assuring that "it is in these events that the institution has to be present, since they put companies in contact with students, in this case from the field of engineering”, and also serve to encourage young people to study this type of degree. For his part, the director of the School of Industrial, Computer Science and Aerospace Engineering, Joaquín Barreiro, celebrated the "massive" participation of students in the event and stressed that "it is necessary" for "this rapprochement between the company and the University ».

The participating companies were Accenture, ADL Biopharma, Ceranor, Ecosat, Garnica Plywood, Geoxa, Grupo Hedisa, HP, Ikatech, Inatega, Instalaciones Ganaderas Pellitero, Laboratorios Syva, Lactiber, Latem Aluminium, Legumbres Luengo, LM Wind Power, Mabxience, Milsa Trillo. , Mondelez Expaña, Nttdata, Patatas Hijolusa, Plain Concept, Proncosi, Sica, Tecoi, Tresca Ingenieria, Tvitec and Xeridia. And, as for the students, those who formalized the registration exceeded the most optimistic forecasts of the organization, they remarked from the ULE. In addition to knowing in detail the work of the industries present, these students were also able to participate in the 'Talent 4.0' contest, with a prize awarded by the Social Council of the ULE consisting of a visit to an industrial fair or business project in Europe related with his training. The winners were Vladislav Vladimirov and Rubén Pardo Martínez, and second place was Noel Sierra Lobos and Rubén Presa López.

The lobby of the School of Industrial, Computer Science and Aerospace Engineering of the University of León was the one that hosted this conference, which after the "break" of the pandemic allowed these thirty companies with "a significant weight in the provincial economy and that they invoice more than 650 million euros per year as a whole» could show their potential and attract and retain talent. «Industry is a key sector for the competitiveness of the Spanish economy due to its dynamic effect on other activities and being the export sector par excellence. The concept of Industry 4.0 refers to the fourth industrial revolution, which is marked by the appearance of new technologies such as robotics, analytics, artificial intelligence, cognitive technologies, nanotechnology and the Internet of Things (IoT), among others. », affirmed the organizers.

1 Couples, sun, love and conflict: the Canary Islands... 2 Ukraine kills Alexander Kislinsky, Russia's "hero"... 3 Taxi drivers protest in Madrid, live 4 Nicolás Correa: a young company with 75 years 5 Avícola Galocha: a business that grows with many... 6 Ornitocyl returns to Ávila from June 17 to 19 7 The businessman who was investigated by Villarejo... 8 Iberia begins operating long-haul flights with Repsol... 9 Audios of Thebes appear: «You have to kill Rubiales... 10 Madrid completes the protection of Aleixandre's... 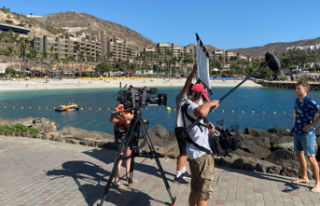