The allergists at the General Hospital of La Palma, Zulay Almeida and Paula Jiménez, who are carrying out a study by the Spanish Society of Allergology on the consequences of the Cumbre Vieja eruption on health, have agreed that confinements should have been established every days of extremely unfavorable air quality due to gases and ashes, but this was not the case. 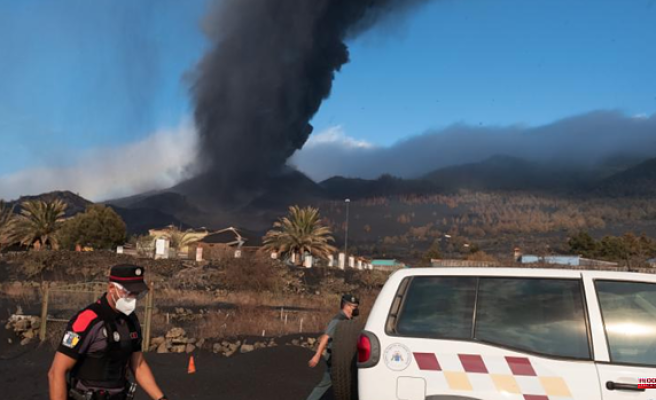 The allergists at the General Hospital of La Palma, Zulay Almeida and Paula Jiménez, who are carrying out a study by the Spanish Society of Allergology on the consequences of the Cumbre Vieja eruption on health, have agreed that confinements should have been established every days of extremely unfavorable air quality due to gases and ashes, but this was not the case.

As they have recalled, in the months of activity of the volcano "the attendances in the Emergency Department for respiratory symptoms were doubled and even tripled compared to the month before the eruption began, with a worsening of symptoms in patients who had some previous illness, as well like first visits. “Patients came to consult with a lot of anxiety, and at times they did not know whether the symptoms were due to anxiety or respiratory pathology,” they point out.

In the opinion of both experts, and as they have stated in the La Palma Opina forum, the FPP2 masks were not adequate to protect themselves from this natural contamination, a risk that, in the case of ash moved by the wind, will remain in the future.

To protect health, they considered, the population in the Aridane Valley should have been confined for longer during the eruption due to the atmospheric contamination caused by the volcano, because the number of days in which the confinement was ordered was "insufficient". For at least 9 days, they remember, the air quality was "extremely unfavorable" but it was not confined for the same time, despite the fact that this "is the extreme level in terms of poor breathing conditions."

Almeida and Jiménez carry out a study, financed by the Spanish Society of Allergology (through a donation managed by the Red Cross), to find out the repercussions of the ash and gases from the volcanic eruption on the health of the population of La Palma in the long term, a zoned study that in some aspects can be a pioneer in the world.

They were motivated to carry out this study by the allergist Teresa Carrillo, from the Doctor Negrín Hospital, and for this research they have divided La Palma into three geographical areas to analyze, depending on their greater or lesser exposure to risk: the Aridane Valley (El Paso, Los Llanos and Tazacorte), the area most exposed to gases and ashes from the volcano; the east (Santa Cruz de La Palma, Breña Alta, Breña Baja, Mazo and Fuencaliente), with an intermediate exposure; and, finally, the north (Puntallana, San Andrés y Sauces, Barlovento, Garafía and Puntagorda), with low exposure.

In the La Palma Opina forum, both experts also addressed the increase in mortality during the months of the eruption, which was 40% higher in La Palma, compared to a 15% increase in the Canary Islands, compared to the average for that period in the last five years, data revealed by the professor of Mechanical Engineering at the Polytechnic University of Madrid Rafael Cascón, also co-author of statistical studies on the mortality of covid-19.

The director of the Canary Islands Health Service (SCS), Conrado Domínguez, on the other hand, assured that "there are no data that point to an increase in mortality in La Palma after the eruption" of the volcano, but rather the increase in respiratory pathologies and aspects related to mental health.

Zulay Almeida has acknowledged that this increase "is quite a striking fact" although "the problem is to find a correlation and make a scientific methodology and really see what is the cause of these deaths", because "diagnoses are not filtered but simply deceased, which may be for various reasons.

The two allergists believe it is important to collect and study all this information for the future, because "we cannot forget that we live on a volcanic island and the more data we obtain today, the better prepared we will be for future eruptions."

“We have to assume that some patients are going to get worse, and it is necessary to know how they are going to evolve and what kind of follow-up needs to be done, and we can only obtain these data from the studies we do,” concludes Almeida.

As they have pointed out and in general, it is known that exposure to substances emitted by volcanoes or by human activities above certain levels "increases the risk of suffering from respiratory diseases in the child population and increases morbidity in the adult population" , and hence their conclusion that in the case of the La Palma eruption, residents in the municipalities most exposed to this polluted air were not sufficiently confined.

In this sense, he explains that there is a regulation that regulates the air quality index due to the presence of gases, and the level of alert, but there is not one specifically for volcanic ash.

1 Dual FP expands next year with 20% more cycles 2 The largest Machine Tool Biennial in history opens... 3 The Johnson Government gives Brussels a pulse with... 4 After dozens of parliamentarians quit, leaders in... 5 Brazilian Amazon continues to search for missing men... 6 The strike of S. Korea truckers has caused shocks... 7 "Worrying trend": The post-Cold War drop... 8 Jordan Poyer will be attending Bills mandatory minicamp... 9 A.J. Brown says to Titans fan: "I was the greatest... 10 The reactions to Marcelo's farewell: "The... 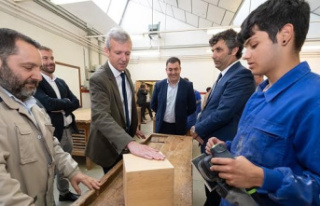