A few weeks ago, the Government of Castilla-La Mancha began work on the expansion of the Segurilla section of the 'Ribera del Guadyerbas' CRA, works that involve an investment of 134,500 euros to expand the space of the educational center with two classrooms and a adapted toilet. 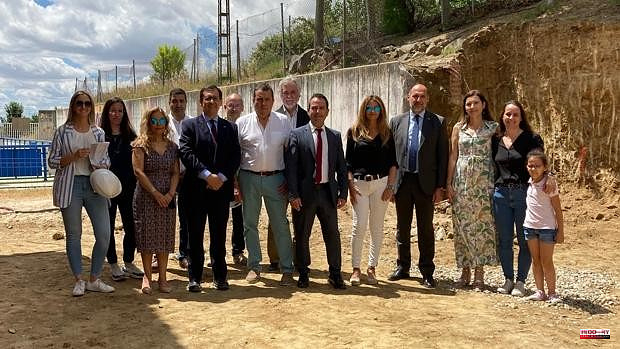 A few weeks ago, the Government of Castilla-La Mancha began work on the expansion of the Segurilla section of the 'Ribera del Guadyerbas' CRA, works that involve an investment of 134,500 euros to expand the space of the educational center with two classrooms and a adapted toilet.

This has been advanced by the provincial delegate for Education, Culture and Sports, José Gutiérrez, who, together with the delegates of the Board in Toledo and Talavera, Javier Úbeda, and David Gómez Arroyo, respectively, have visited the works carried out in this school. During the visit they have been accompanied by the mayor of Segurilla, Pablo Barroso, and other members of the municipal corporation such as the socialist councilor, Valle Jerónimo, and representatives of the construction management.

The provincial head of Education has indicated that "the planning of educational investments of the regional government aims to collaborate in the territorial and social structuring of the province and meet educational needs, both in rural and urban areas."

According to Gutiérrez, "the growth and development of the province, as a result of the policies and measures of the Emiliano García-Page Government, are also leading to an increase in population, and not only in cities such as Talavera de la Reina or Toledo or in areas of economic expansion such as the region of La Sagra, but also in other municipalities and localities, as is the case of Segurilla, where the growth of the student body forces us to give an immediate educational response».

Thus, the regional government is undertaking the expansion works of the Segurilla section, in two new classrooms and a toilet adapted for use by the staff and students of the center with mobility problems. Specifically, the work consists of the construction of a 50-square-meter classroom and a 32-square-meter split room, as well as an accessible and adapted toilet.

The extension is being carried out at the end of the central plot, following the existing building, so a lobby is also being planned in the joining area of ​​the two resulting buildings. The new construction will be a single storey with a metal structure and unidirectional alveolar slab forging and the execution period for the work is expected to be four months.

"At the end of it, we will have a more modern and inclusive educational center", said Gutiérrez, who added that "this work has been very well received and valued by the educational community, the Segurilla City Council and also by the companies of the area”.

In this context, the provincial head of Education has stressed that "the investments being made by the Ministry of Education, through the Investment Plan in infrastructure and educational facilities, are also positive measures for companies in the province and contribute to generate wealth and employment.

Likewise, it has indicated that "the companies that are carrying out the expansion works of the educational center of Segurilla, from the study of architects, quantity surveyor and health and safety coordinator, to the plumbing or electricity companies are from the area" and has concluded: "this is not a political speech, these are real facts that can be verified on the ground".

The CRA 'Ribera del Guadyerbas' has schools in the towns of Cervera de los Montes, Pepino, Segurilla, Montesclaros and Mejorada, which is the head office.

1 A red kite chick is rescued and returned to its nest... 2 The procession of the Cristo de la Columna and the... 3 The independentists applaud Bolaños' citation:... 4 Agreement to open operating theaters in the afternoon... 5 Stable contracts of 3,000 euros are not enough to... 6 A patient attacks several nurses after breaking the... 7 Mónica Oltra formalizes her change of version before... 8 De Prada changes the step of the National Court: he... 9 Japan and NATO increase ties in the wake of Russia's... 10 US-backed Syrian Kurds will turn to Damascus in case... 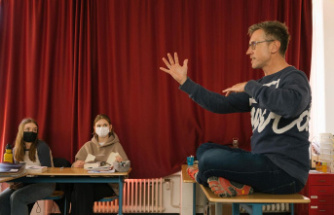 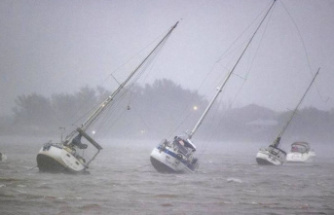 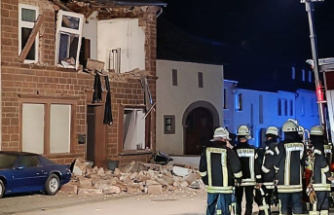 Eifelkreis Bitburg-Prüm: Explosion in a detached house: one resident injured 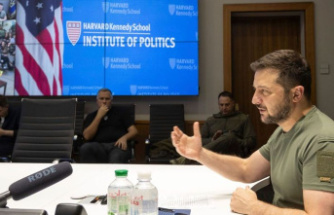 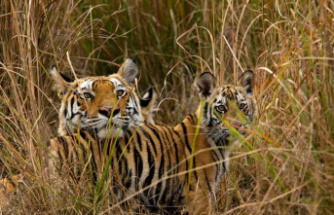 Biodiversity: There are more tigers again - but their habitat is disappearing
BREAKING NEWS 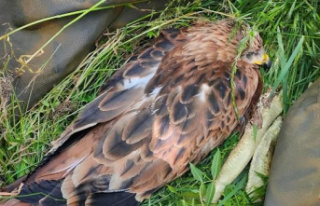 A red kite chick is rescued and returned to its nest...