Expanded the letter by which Anticorruption investigates Rubiales

The complaint filed by Miguel Ángel Galán, president of the National Training Center for Football Coaches (Cenafe), against Luis Rubiales for alleged irregularities in his management as president of the Royal Spanish Football Federation (RFEF) and which is already being investigated by the Anti-Corruption Prosecutor's Office , will have an extension to include the alleged recordings of the leader to ministers of the Government of Pedro Sánchez or a trip to New York. 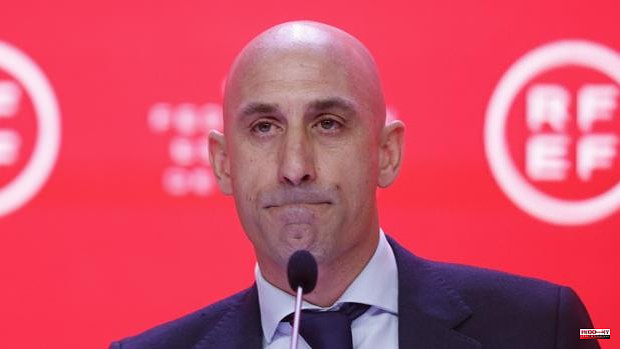 The complaint filed by Miguel Ángel Galán, president of the National Training Center for Football Coaches (Cenafe), against Luis Rubiales for alleged irregularities in his management as president of the Royal Spanish Football Federation (RFEF) and which is already being investigated by the Anti-Corruption Prosecutor's Office , will have an extension to include the alleged recordings of the leader to ministers of the Government of Pedro Sánchez or a trip to New York.

Legal sources have confirmed this Friday to Europa Press that, in addition to the alleged recordings and Rubiales' trip to New York in 2018, the complaint will include in its extension the alleged commission to some detectives to spy on the president of the Association of Spanish Soccer Players (AFE), David Aganzo, as well as the messages that Rubiales would have exchanged with a member of the RFEF leadership about the Second Division match between Deportivo de La Coruña and Fuenlabrada in the 2019/2020 season.

The Prosecutor's Office has opened investigation proceedings for alleged irregularities in the administration of Rubiales at the head of the RFEF, which include the contract for the Spanish Super Cup to be played in Saudi Arabia in exchange for commissions, as confirmed by sources on Thursday legal to Europa Press.

The case arises from the complaint filed on April 18 by Galán, as a result of the audios and documents about Rubiales and the RFEF published by 'El Confidencial'. The opening of these investigations implies that the Public Ministry will begin to investigate and then decide whether to file the matter or prosecute it so that the investigation continues in court. In the first version of the complaint, Cenafe is directed against Rubiales and the RFEF, but at the same time against the FC Barcelona footballer Gerard Piqué and his company for organizing sporting events, Kosmos Global Holding, although the sources stressed that in this phase does not investigate people, but only facts.

Galán envisioned possible crimes of corruption between individuals and in business, unfair administration, administrative prevarication and bribery, considering that those reported would have harmed the assets of the RFEF, of which he is a member, as well as the 'general interest'. According to the story of the president of Cenafe, based on these files, Rubiales and Piqué would have maneuvered to "hit the ball with the sale of the Super Cup" to the Arab kingdom. The footballer would have mediated through his company to close the contract in exchange for a "multi-millionaire commission" of 24 million euros.

Subsequently, Galán presented a first extension of the complaint on the understanding that Rubiales would also have engaged in criminal conduct by enjoying a home in Madrid whose rent would have been borne by the RFEF despite the fact that it would be registered in the capital, which would violate, to his judgment, internal regulations.

This week, Rubiales has denied having made recordings to the President of the Government, Pedro Sánchez, nor "to any minister or any member of United We Can", according to a statement from the RFEF, which indicated that his lawyers are waiting to know the existence of "hypothetical new audios" to determine who could have made these "supposed recordings", which they do not know, to "purify responsibilities" and "make available" all the information available to the open investigation.

Similarly, the RFEF stated that the trip made by its president to New York in the fall of 2018 was "institutional, work and in search of more income" for the body, and was never a pleasure. "This information is false," he said in another statement.

As a last reaction, the RFEF announced yesterday that it has decided to appear before the Anti-Corruption Prosecutor's Office to make itself "at your disposal" with the aim of offering "transparency" and "collaborating with justice", after the latest information appeared and related to its President, Rubiales. «After the latest events, and in view of the latest information appearing in the media, for the sake of transparency and in order to collaborate with justice, the RFEF has appeared before the Anti-Corruption Prosecutor's Office, making itself available to facilitate the documentation you need or clarify any aspect that is requested, "he said in a statement. 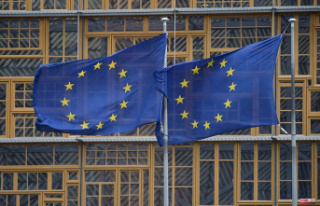 The EU disburses 600 million in loans to Ukraine as...