Evicted a married couple from a Caritas home in Barcelona

This Wednesday, León and Maia handed over the keys to their house to a judicial secretary. 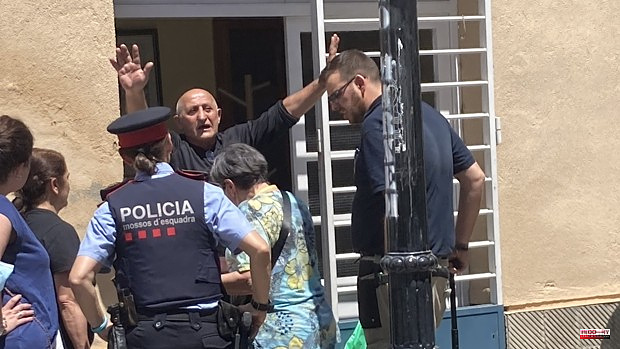 This Wednesday, León and Maia handed over the keys to their house to a judicial secretary. With the fourth eviction order, the 60-year-old couple has abandoned the house in the Sant Andreu neighborhood of Barcelona, ​​where they have lived since 2015, after asking Caritas for help.

It was that year when the family, with their daughter, son-in-law and grandson, agreed to enter a social reintegration program run by the Fundació Habitatge Social, which works with the Church entity. A program that involved accessing a home in exchange for paying a rent of 280 euros, and the commitment to work, together with an educator, to overcome the situation of exclusion.

According to reports from the foundation, it is in 2017 when the family fails to comply with the agreed plan.

They stop paying the symbolic payment for the two-story house, the cost of their utility bills begins to skyrocket and problems of coexistence with the neighbors arise.

This situation drags on and, two years later, the daughter of Maia and León asks the foundation for help to leave the house with her partner and their daughter, leaving only the couple in the house in Sant Andreu. The entities want to recover the house, since it has space for eight people, and the waiting list to access a roof is thirty families. Even so, they indicate, they do not reach an agreement with their inhabitants.

Cáritas offers to relocate them to another home in Can Caralleu and resume the reinsertion plan, as well as to provide them with the amount to pay the deposit for another property and the cost of the move, but, according to the entity, Maia and León refuse. That is when they resort to the judicial process, and a judge issues the first eviction order in March 2021, although it is paralyzed by the pandemic.

A second one arrived, which was not executed either and, before the third one, representatives of Cáritas, the foundation, the Barcelona City Council and the Sindicat d'Habitatge de Sant Andreu, as well as the couple, closed an agreement by which they committed to hand over the keys to the property before November 5. Finally, they did not do it and a new date was set for the eviction: this May 18.

The version of the marriage differs. According to the Sindicat, whose activists have mobilized this morning in front of the house to try to prevent the launch by court order, Caritas never offered the couple an alternative. After three hours of deployment in front of the building, the Mossos d'Esquadra have evicted the concentrated one by one and, finally, León has handed over the keys to the judicial secretary.

From the Consistory they emphasize that they have offered provisional accommodation to the couple, although they have not accepted -at least, for the moment- the transfer. The offer has been on the table for months, the same sources specify.

1 5 essential criteria to consider when looking for... 2 Air conditioning, fan, air conditioners... What appliances... 3 Blue Origin's fifth manned spaceflight postponed 4 RSA: conditional on 20 hours of training, immersions...... 5 Senegal: investigation opened after a homophobic attack... 6 Barkala: «Being president of Athletic has been my... 7 Youth Olympics in Normandy: boxing events on the lands... 8 Cork in the eye of Girmay on the Giro: the mark of... 9 Joe Burrow no longer thinks about Super Bowl LVI 10 A fan catches two homers in the same inning 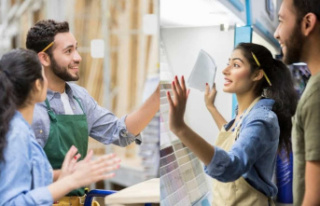 5 essential criteria to consider when looking for...