Eva Parera: «We will not say no to anyone who coincides with our program for Barcelona»

Eva Parera will arrive with a firm step to the next elections in Barcelona. 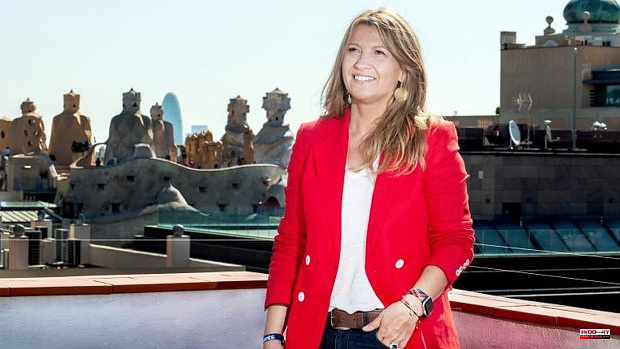 Eva Parera will arrive with a firm step to the next elections in Barcelona. She began the current mandate as number four of a project that she made waters and now she leads Valents, who aspires to be in all the Catalan city councils and which the polls already place with seats in the Parliament. Parera speaks with ABC about the future of Barcelona and also that of Catalonia and makes it clear that, whatever happens in her group, between 2023 and 2027 she will be in the City Council because she wants to "be the mayor" and motivates her "a lot ».

Is Barcelona having a bad time?

For me, speaking of the 'tripartite misery' defines very well the government of Colau, ERC and PSC: it has led the city to absolute decline in terms of security, illegal squatting, dirt, loss of investment... Barcelona is not at the level that can be.

Another summer full of insecurity and cleaning problems is expected...

It is no longer a matter of summer. Insecurity is endemic and little is done. With the dirt, more of the same: we have needed a new cleaning contract, very expensive, which is not giving results. We want quality tourism but we cannot have it without a quality city.

Could the Copa América or the Winter Games help a new stage, like the one 30 years ago with the Olympic Games?

But in the consistory one often senses exchanges of favors...

Yes, from the first moment Colau wanted a stable alliance with ERC and the PSC has not been able to understand that it could have had an alternative majority. And to the rest of the opposition, with love, neither is nor expected: Junts is in absolute decomposition, Cs is not and the PP does not know if it is. Faced with this, Valents, with three councilors, we try to decide the vote when there is a good policy on the table.

Colau and PSC return to tension these days. Do you think they can break up before the next election?

It is pure electoral posturing, but they will endure. What is the point of breaking up now when in three years it has been a super stable government that has not opened the door to anyone else?

You have voted on your budgets and they went hand in hand with Manuel Valls, who facilitated Colau's investiture. Can you play against them?

It is very difficult to know what the voter thinks but we do not have to be moved by what they think. We try to be clear and talk about our city model, not about whether it is independent or not, or left or right. We can make a mistake with a policy and we will pay the cost for it, but if we say we will do something, we will do it.

But in May 2023 the vote will be taken with the Catalan political situation in mind or the continuity of Colau...

Well, we don't have to give in to this because we can end a coup d'état out of negligence. If you think that the current policy is not the right one, you have to fight it, but in a proactive way, not pointing it out. The problem is that in the plenary there is a lot of criticism, little proposal and no capacity for understanding.

Is a constitutionalist coalition possible in Barcelona?

We have always appealed to constitutionalism to be united, but it does not depend on us. In practice, Cs is piloting a plane about to crash: he does not even support our proposals that they had in their electoral program. And the PP is experiencing grotesque episodes due to internal fights or multinationality. In the end, each one wages war on his own account and I am not for his wars. That is why I make an appeal to the voter, not to the parties.

Are they willing to side with Vox or Colau?

We will not say no to anyone who coincides with our program for Barcelona and, by the way, we have not gone after people from other parties: we have simply said 'that's how we are, here we are and we want to enter the town halls of Catalonia'. That has excited people and we have not reviewed their membership card.

How many militants do they have?

We are more than 700, with more than 20 public officials from fifty municipalities. This means that the brand is catching on and that people like the project. Proof of this is that we have been running for four months and the polls already give us three deputies in Parliament...

What is your opinion about the controversy of Catalan in the classroom?

We go much further because we believe in the trilingual school. It is a shame that families struggling for 25 percent Spanish have to go to court to claim something so obvious. We have to try to make the educational system powerful in order to give our children opportunities. The talent is leaving and we have to hope that it comes. Do we want a university for talent or for Catalan speakers? Depending on the answer you choose, you have a serious problem.

Are we on the path to negotiation or are we still on 1-O?

In Catalonia nothing has calmed down. We are not in a coup but we are in the process of doing it again. And the dialogue table until now has only served to give stability to Pedro Sánchez and so that the PSC ends up sitting down to agree on the language, but it is of no use to non-independence Catalans.

Has it served to wear down the independence unit?

It is that this unity has never existed. ERC, Junts and the CUP have killed each other, although we must recognize the ability they have had to have come together when it was time, before the polls. This is what we ask of constitutionalism: that they later defend their acronyms but that, please, before elections we work for the same goal.

Perhaps not in Barcelona, ​​but is it possible for an autonomous front to stand up to the independence movement?

People had it very clear in 2017, when they came out en masse to vote for Cs, but their votes were thrown in the bin and this generates a disappointment that still drags on. We hope to restore that illusion to the people who believed that nationalism can be fought and won at the polls. We will not throw away the votes nor will we go to La Moncloa because we want to govern the Generalitat for Catalonia, for the Catalans and for the whole of Spain.

1 Family announces 761 places for permanent residents... 2 What happens if Boris Johnson loses the vote of confidence... 3 Maduro announces that the US has authorized Repsol,... 4 At least three dead and 14 injured in a Tennessee... 5 The PSOE today presents its particular vote to try... 6 Historical grotesque in Congress for the 'vaudeville'... 7 When is the return of the income tax return made? 8 Johnson, British Prime Minister, to Face Confidence... 9 Fran Palacio and Ángela Pumariega, winners of the... 10 The Warriors even the series in a Curry recital 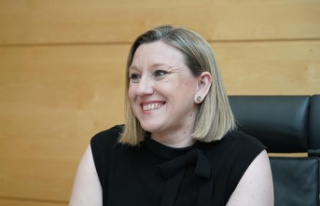