Three prominent leaders of the liberal group in the European Parliament (Renew) have petitioned for a motion of censure against the European Commission, as a sign of protest against President Ursula von der Leyen's decision to approve the reconstruction plan of the Polish economy. 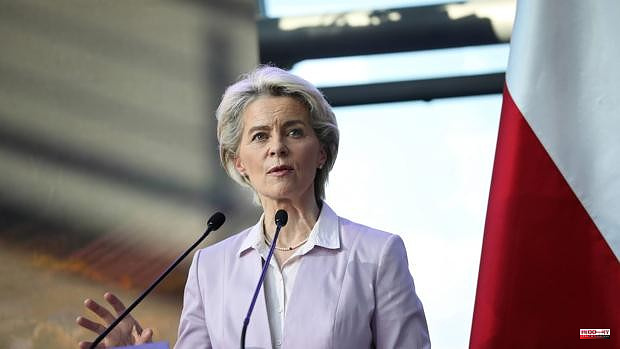 Three prominent leaders of the liberal group in the European Parliament (Renew) have petitioned for a motion of censure against the European Commission, as a sign of protest against President Ursula von der Leyen's decision to approve the reconstruction plan of the Polish economy.

The representatives reproach the community executive for having taken this decision despite the fact that the Warsaw authorities have not fulfilled all the conditions described in the sanctioning file for violation of fundamental principles, although they have agreed to the most important, which was the abolition of the disciplinary chamber considered as a mechanism to control the judges from the Government.

It allows Poland to receive up to 35 billion euros to renew its economic structures, at a time of great financial difficulties due to the massive influx of Ukrainian refugees fleeing the war. The Commission had blocked this aid obeying the legal mechanism that conditions it to compliance with the rules of the rule of law.

The request for the vote of no confidence is signed by the vice president of the Renew group, the Spanish Citizen Luis Garicano, the Dutch MEP Sophie in't Veld and the former Belgian Prime Minister Guy Verhofstadt. According to the regulation, to bring this proposal to the vote, the support of a tenth of the MEPs is needed, that is, 71, and then it must be supported by at least two thirds of the votes. If successful, the motion would imply the automatic fall of the entire Commission as a whole since the Treaty on the Functioning of the EU does not allow individual censorship mechanisms for members of the community executive.

Von der Leyen's decision to unblock the aid plan for Poland is understood as a truce in a prolonged confrontation between Brussels and Poland over judicial reform, but several members of the European Parliament consider that the Polish authorities have not yet managed to fully protect the state of law with the withdrawal of the disciplinary regime for judges. The authors of this initiative consider that the conditions defined by the European Court of Justice in Luxembourg to guarantee the primacy of European law over Polish law have not been met.

When presenting the proposal for a motion of censure on Monday, Verhofstadt threatened to withdraw his support for the Commission "if it continues to refuse to seriously apply the conditionality rules of the rule of law" since he believes that Von der Leyen "is fully aware that the remedies announced by the Polish authorities are purely cosmetic'. The group will decide in the next few hours if this initiative goes ahead.

Renew forms part, together with the popular and social democratic groups, of the majority that supports the European Commission. It is unlikely that he will be able to get two-thirds of the vote to bring down the Commission without agreeing on the help of these two partners.

1 Pablo Laso is discharged: «I have been lucky that... 2 Spanish judge will ask NSO for testimony on Pegasus... 3 Despite vows, cruise liners attempt to change climate... 4 They investigate a driver from Villarrobledo for driving... 5 The residents of Guadalajara will be able to pay for... 6 The PP visits the municipalities affected by the corruption... 7 Air Nostrum reduces its losses by 95% in 2021 and... 8 Vox distances itself from the election of the Ecyl... 9 Expansion works underway in Segurilla of the CRA 'Ribera... 10 A red kite chick is rescued and returned to its nest... 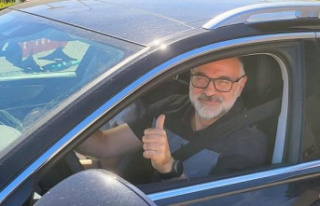 Pablo Laso is discharged: «I have been lucky that...