European leaders meet this afternoon in Brussels without having reached an agreement to implement the sixth package of sanctions against Ukraine, due to the refusal of Hungarian Viktor Orban to dispense with purchases of Russian oil. 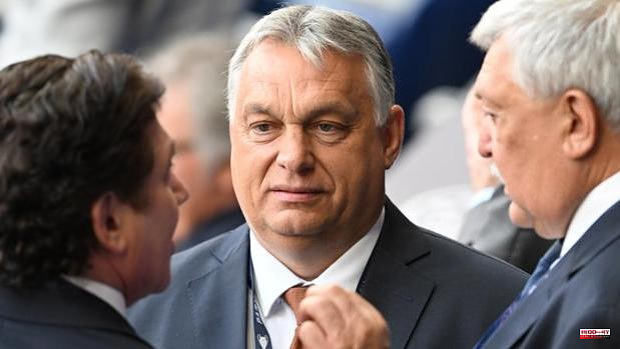 European leaders meet this afternoon in Brussels without having reached an agreement to implement the sixth package of sanctions against Ukraine, due to the refusal of Hungarian Viktor Orban to dispense with purchases of Russian oil. The governments and the European Commission have spent more than 25 days in meetings - the last one this morning - in search of an agreement without being able to formulate a common position, which has led to warnings such as that of the German Vice Chancellor, Robert Habeck, who this weekend said that the unity of the EU was wearing thin at the worst time for his interests. Ukrainian President Volodimir Zelensky is scheduled to speak by teleconference at the beginning of the meeting, in the early afternoon.

Nor has agreement been reached on how to meet Ukraine's immediate financial needs, a package in which 9 billion euros proposed by the Commission are at stake. Several countries, starting with Germany, and international financial organizations advise that this aid be given in the form of a donation and not as credits, because they believe that the country will not have the capacity to repay that money and if it were forced to do so, the results of this aid would be spoiled. aid. Italy and France, however, prefer to find a formula that allows this money to be accounted for as credits because otherwise the necessary guarantees to finance the donation would be recorded as their own debt. Council sources affirm that it is most likely that a mixed formula will be agreed in which there are both credits and subsidies.

In any case, the most thorny issue is that of the sanctions against the Kremlin and it is being discussed in a meeting of the ambassadors that intends to reach a minimum agreement and thus prevent the discussion from poisoning the meeting of the leaders tonight. The proposal that the Commission has put on the table is to decree a ban on imports of Russian crude by ship and provisionally allow imports by pipeline. Hungary is totally dependent on a pipeline that comes from Russia and claims that its refineries are only adapted to that specific type of crude. Hungary insists that since the pipeline runs through Ukraine, it may need to buy Russian oil in other ways. Hungary, Slovakia and the Czech Republic rely on the South “Druzhba” (“friendship” in Russian) pipeline while Poland and Germany receive crude through the North “Druzhba”.

Pedro Sánchez has managed to get the document of conclusions to talk about mechanisms to limit the price of gas, but it is a generic mention without any specific commitment, taking into account that the permission he claimed for Spain and Portugal to do so has not yet been authorized by the European Commission.

The leaders also plan to discuss the problems posed to the rest of the world by the blockade of cereals produced in Ukraine to try to establish an alternative land route to be able to export them through European ports, bearing in mind that all access to Ukraine to the Black Sea is blocked by Russia.

1 Salies-de-Bearn - A botanical exhibition featuring... 2 Russians have no access to Netflix because of the... 3 Veyrignac: Amazing tours of the castle gardens 4 In 2022, Oloron will host Pyreneo, the place where... 5 Soccer. France team: Benzema, Mbappe, scrutinized... 6 Haute-Savoie. Annecy: He is drunk at the wheel and... 7 Cenon: Cultural identity and integration in the program... 8 Ocean Viking: Italy assigns an port of reception to... 9 Presidental election in Colombia: Left-wing candidate... 10 Case Damien Abad: Eric Woerth is aware of "rumors"...

It's coming: the federal and state governments agree on the start date for the 49-euro ticket 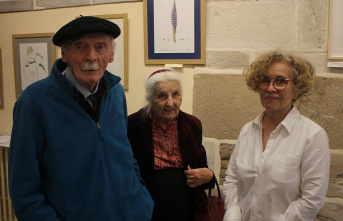