European funds to save the emptied Italy

The bar Al nido del Falco is the only establishment open on Tuesdays. 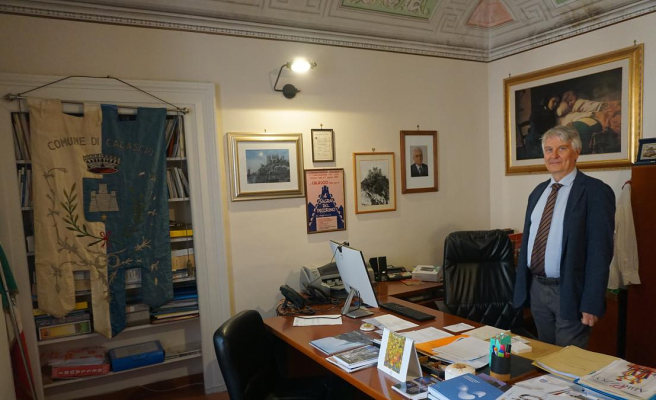 The bar Al nido del Falco is the only establishment open on Tuesdays. There's another bar in town, but they're off that day. A tobacconist and two restaurants, also closed, complete the map of services offered by the small town of Calascio to its 120 inhabitants. In winter barely 90 people live, most of them old people who refuse to leave the mountain houses where they were born.

“There is no pharmacy, that is a nuisance. The doctor comes once a week ”, explains Mrs. Giada, 87, with her hands floured from frying fish, at the door of her house.

He can no longer drive and depends on his relatives or neighbors to go shopping at the hypermarkets in L'Aquila, the big city -with 70,000 inhabitants- under the mountain, which is a 40-minute drive away. On weekends, street vendors carry fruit, vegetables and other basic products for those who do not have that option. A few years ago there used to be four colmados in Calascio. Now there are none left.

Very soon the quiet lifestyle of this ghost town could change completely. Calascio has won the lottery. As part of the European recovery plan, the Italian Ministry of Culture decided that each of the country's regions would choose a town that had suffered depopulation to receive 20 million euros to give them a boost and encourage a return to rural Italy. Calascio has been one of the lucky towns: their project has been selected by the Abruzzo region. They have 220,000 euros per inhabitant.

Other chosen destinations are Trevinano, in the Lazio region; Sanza, in Campania; Elva, in Piedmont; or Ulassai, in Sardinia. Italy is the main beneficiary of European funds after the pandemic with 191.5 billion euros planned between 2021 and 2026, and around a billion of them will be spent on reviving some 250 towns in low hours, but only 21 of them have been touched the fat

“There has been talk for many years in our country of the recovery of inland areas and small towns, but there have been no major concrete interventions for this objective. The new technological conditions make it possible to turn places that until a few years ago could not attract people or jobs into real work spaces”, highlighted the Italian Minister of Culture, Dario Franceschini, in the presentation of this operation.

However, the choice of the favored towns has aroused the envy and anger of other nearby places that also wanted to get their hands on the loot. "Perhaps it would have been more useful to distribute these funds among the first three classified projects", criticized Luca Profili, mayor of Civita de Bagnoregio, an idyllic town in Lazio baptized as "the city that dies", which came in fourth place in the classification of your region. Gianluca Taddeo, mayor of Maranola, another of the losers, also regrets that "all the money is going in the same direction", he told La Repubblica. The people of Castel del Giudice, in the Molise region, did not like the result so much that they have appealed to the courts for the 20 million that neighboring Pietrabbondante should receive. The same has happened to Calascio, after a court has accepted the appeal of Lama dei Peligni, whose mayor says that the project presented by the winner is full of errors. It is a true war of peoples. Marco Marsilio, the governor of the Abruzzo region, supports Calascio but acknowledges that he did not understand why all the 20 million will go to a single candidacy while the rest of the 16 applicants who opted for the funds in the region will be left empty-handed .

"We hope that everything goes well, because it would be a great boost for the entire area," says Giovanni Chiarelli, a retiree who lives in Santo Stefano, the town next to Calascio. When he was younger he emigrated to northern Italy to work in a Fiat factory during the turbulent years of lead, but he only lasted three years. "If you like tranquility, this is a paradise," he says. "The quality of life is perfect."

Calascio, famous for its Rocca, a fabled castle sculpted atop and surrounded by the magnificent snow-capped mountains of Abruzzo, will use this money to restore the medieval fortress from damage caused by the devastating 2009 L'Aquila earthquake, create a museum on the history of the territory or a hotel infrastructure in some of the empty houses, among other projects of its new mayor, Paolo Baldi, who had a restaurant next to the castle before being elected in October on a citizen list. The City Council has three employees. They are distributed in turns.

"A good part, about four or five million, will be to restore the Rocca and carry out an archaeological study to understand what it has been," explains Baldi as he walks through the town's main street dedicated to Father Mario, a 16th-century Hebraist Franciscan who was born in the town. They are aware that the towers are the main attraction, with 100,000 tourists coming every year to visit them. National Geographic once highlighted it as one of the 15 most beautiful castles in the world, but they don't know exactly when it was built. That is why an excavation is necessary. Maintenance is also important: the paths to reach the castle are steep and difficult, especially in winter, when the ice complicates the path and causes slips.

Calascio developed especially in the 16th century, when the regulation of transhumant grazing was instituted, which became the main source of income. The towns in the area had more than 90,000 sheep and provided large quantities of a precious wool to cities such as L'Aquila or Florence. Its inhabitants know by heart all the mythology that surrounds its history. Like Annamaria, who while offering a coffee in a well-kept house with views of the mountains, she remembers the legend of the two kings. “There was a great war going on between the King of Calascius and the King of the Plains – she explains – and that of Calascius, the Brown King, suffered a siege in the castle for years. But finally, thanks to the many sheep they owned, the inhabitants of Calascio made many cheeses, they dropped down the hill to the valley, to show the enemy that they had provisions to endure.

The municipality remained prosperous at the end of the 19th century, when it had 2,500 inhabitants. But everything changed after the First World War. Given the lack of opportunities, a large part of the residents emigrated to the United States or Canada. Also, later, to Belgium and northern France, to work in coal mines. He then went to northern Italy. Now there are hardly any old people left. The rest are people who keep the family home to go every week, but usually live in Rome, two hours away by car, or in L'Aquila, which is much more comfortable. Although there are nine churches in the town, a single priest is divided between this and two other nearby towns. What there is is police: four agents enjoy the easy task of preserving security.

A century ago, about a hundred children went to school in Calascius. Now it has been closed for eight years. It would not make sense: in the last ten years three children have been born. “The birth of my son was the event of the year,” explains Germano, while he has a beer before the bar closes. In Calascio there is hardly any work, so the young people have left in search of opportunities.

The mayor is convinced that with the help of the recovery funds they will create about a hundred jobs. They want to take advantage of the freedoms of remote work so that digital nomads take advantage of the good fiber that is already installed. They will even give you abandoned buildings to work. "We will also give support to raising sheep and there will be a school to teach young people the trade," says Baldi, trusting that the new generations will want to recover the local tradition. Franca Fulgenzi, owner of the only open bar, believes that "the important thing is that they come, especially during the week, because there are more cats than people."

1 Ukraine-Russia war, live: breaking news about Finland's... 2 Barry 3 Lewandowski's dilemma 4 Hard result at home for the Rocket 5 Ukraine wins the Eurovision Song Contest 6 A white supremacist kills 10 people in a Buffalo store 7 Burgos and Andorra go down and Gran Canaria closes... 8 Djokovic achieves his 1,000th victory and repeats... 9 Alavés, Mallorca, Cádiz, Granada and Getafe do not... 10 Estopa takes the party to the Forum 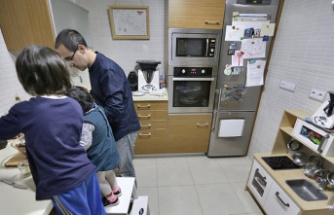 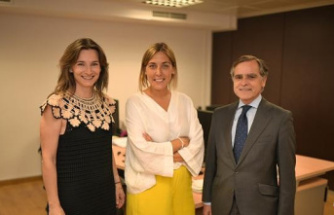 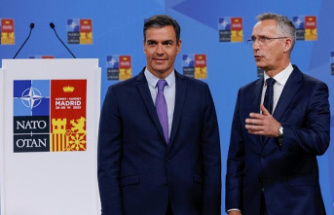 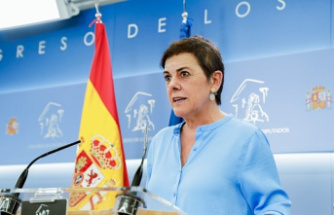 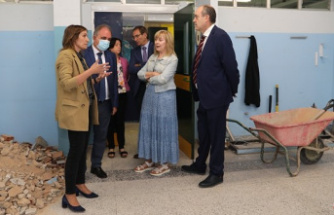