The drums of war are beating very close and several European countries are stocking up on basic goods in anticipation of possible supply shortages. 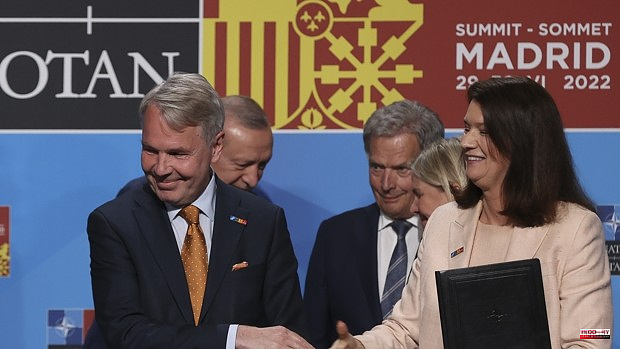 The drums of war are beating very close and several European countries are stocking up on basic goods in anticipation of possible supply shortages. "In terms of food and fuel, the country's preparedness is exceptionally good," says Jaakko Pekki, director of the Finnish National Emergency Supply Agency (NESA).

The country produces around 80% of the food it consumes, a level of self-sufficiency that facilitates the guarantee of supply. “People in Finland eat an exceptional amount of domestic food, which is good in terms of preparation. We are not as dependent on other countries," explains Pekki, "but we are stockpiling raw materials for fertilizers as well as grains that can be used to grow food in a crisis situation."

The amount of stored grains corresponds to about six months of normal consumption. Finland's fuel stock situation is also "exceptionally good", according to Pekki, but oil prices have soared since the Russian attack, and if sanctions further restrict the country's ability to export petroleum products , prices will continue to rise.

Finland's fuel reserves are equivalent to five months of normal use and alternative sources of oil and fuel are being sought. "Emergency supplies are not meant to last 10 years," he notes, noting that stockpiles are meant to serve as a buffer while other sources of goods are organized, much like the stockpile of pharmaceuticals. "Importers or manufacturers of medicines in Finland are obliged to keep a certain amount for emergency supply," he explains, adding that depending on the medicine, pharmaceuticals in reserve are equivalent to 3-10 months of normal consumption.

Still, he advises Finnish citizens to make sure they are prepared for exceptional circumstances. “There have been minor crises in the past, such as those related to payment systems or weather conditions. People have also not been able to go to the store because they had Covid. That's why it's a good idea to keep a supply of necessities at home that lasts at least 72 hours," he recommends. And his advice is faithfully followed by the population, which in recent weeks has stockpiled batteries, fuel, water, medicines and long-lasting food.

In Sweden, this accumulation of survival products has occurred more spontaneously. Already after the annexation of Crimea, the Stockholm government sent a mail to all homes with a brochure detailing the advisable measures to prepare, both in case of war and natural disaster, and the Swedes now mostly follow these instructions, according to the Swedish Civil Security Agency MSB. "Actually with protocols that date back to the 1960s, from the Cold War," says Christina Anderson, one of those responsible for that brochure, which confirms that the stockpiling of long-lasting food, electricity and fuel generators, is now being repeated. as well as medicines and drinking water.

For their part, the governments of Germany and Austria have called on the population to prepare for a possible major blackout that could be caused by an interruption in energy supply or by a cyber attack. Without alarmism, but remembering that prevention is better, a month ago Civil Protection advised the Germans to stock up on everything necessary for two weeks of isolation, specifying that 2,200 kilocalories and at least two liters of water per person per day are necessary. , in addition to an organized support network between neighbors, acquaintances or relatives that can be activated in a crisis situation. And the Austrian Defense Minister, Klaudia Tanner, already warned in April that "the question is not if there will be a blackout, but when", and launched an information campaign in the media explaining to the public "what do when everything stops.

This level of alert has increased since Sweden and Finland's application for NATO membership, as Putin repeatedly warned that such a step would entail "economic and military consequences." The Finnish transport and communications agency Traficom has warned that it is very likely that Russia will try to respond to the accession to the Alliance with cyber attacks and its spokesperson, Mari Aro, has stressed that these offensives could be resolved "for example, with alternative payment methods in in the event that the Russians hack the electronic payment and storage systems for daily consumption products. "You have to be prepared," Aro stressed.

1 Why is the 4th of July celebrated in the United States... 2 Germany considers offering tax-free payments to avoid... 3 More than a third of Spaniards have never heard of... 4 Unemployment benefit: this is the new SEPE model to... 5 Nadal and directo against Van de Zandschulp 6 Pope Francis' close friend, Cardinal Hummes,... 7 Canadian government: China Tycoon due to be tried 8 Distressing rescue of a boat in Gran Canaria that... 9 The volunteers took the 12-year-old boy gored in a... 10 Galicia and the Basque Country lead an autonomous... 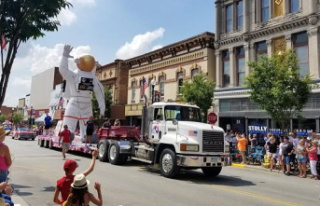 Why is the 4th of July celebrated in the United States...