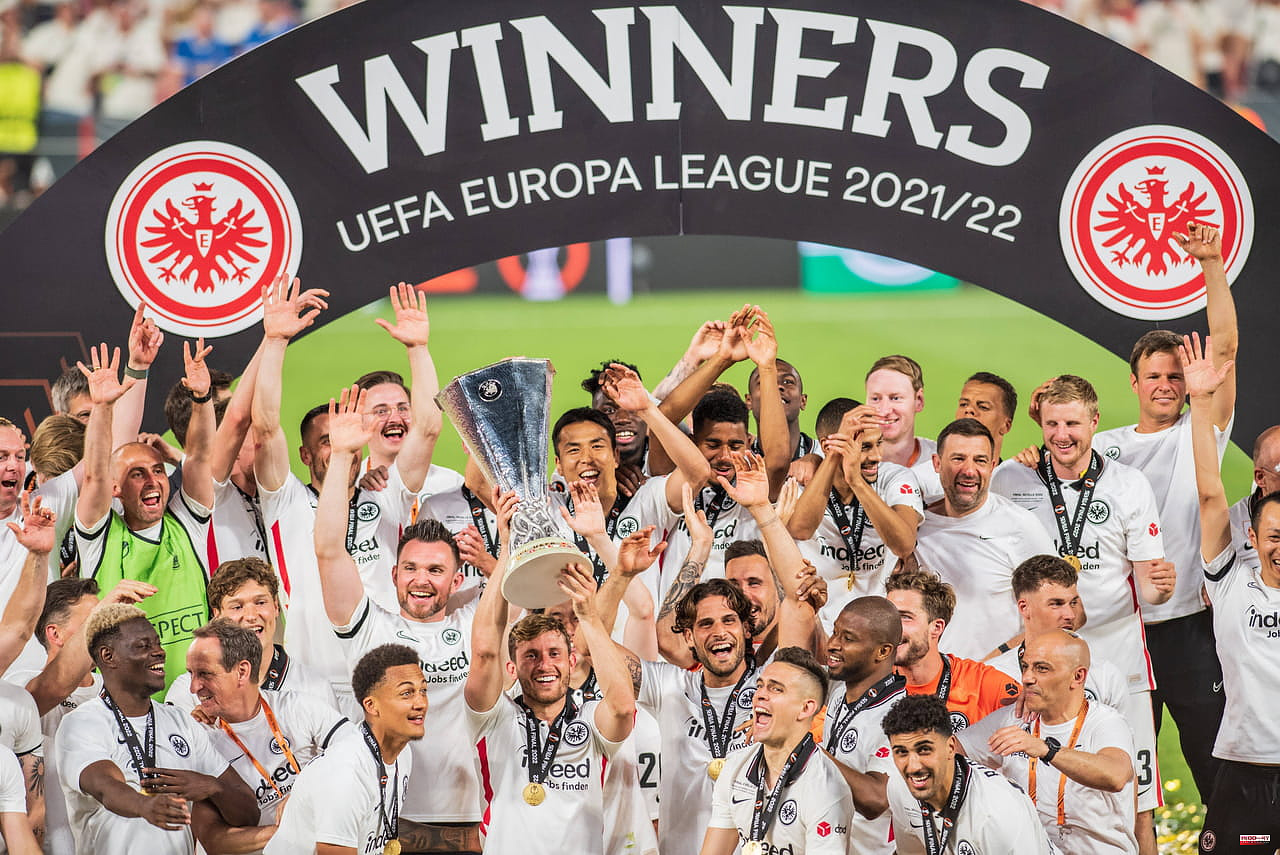 EUROPA LEAGUE 2022. At the end of the night, the German club Eintracht Frankfurt won against the Scottish Rangers.

[Updated May 19, 09:20] On penalties and at the end of the suspense, the German club Eintracht Frankfurt won the first Europa League in its history (winner of the UEFA Cup in 1980). Led in the score, the Germans managed to equalize at the very end of the match before winning in the terrible penalty shootout. If the Germans won, it was largely thanks to former PSG goalkeeper Kevin Trapp, who was imperial on his line on several occasions and in particular at the last minute of extra time from a James Tavernier free kick. It is also he who gives the cup to his teammates by stopping Aaron Ramsey's penalty.

We have played thirteen games in Europe, and we have not lost any this season. I have no words to describe the work these guys have done to get here," the Eintracht coach said. "Playing a European final and losing it will always hurt." , admitted Dutch Rangers coach Giovanni van Bronckhorst. "It didn't work out in our favour, but I can't blame my players after all they've given. (…) I know what it is, I lost a World Cup final, the biggest match that can exist. But you're always moving forward."

184 teams play in the competition over the whole season, with at least one from each of UEFA's 55 member associations and 46 from the UEFA Champions League or UEFA Europa League according to the UEFA website. '. The group stage consists of:

A group stage (eight groups of four) is therefore organized before a knockout stage (round of 16, quarter-finals, semi-finals and final). The eight group winners qualify for the round of 16. A play-off is played between the eight runners-up and the teams that finish third in their UEFA Europa League group.

The TV rights battle continued to rage for this new 2021/2022 season. UEFA has awarded the French TV rights for the Europa League to RMC Sport, M6 and Canal , which will ensure broadcasting from the 2021-2022 season. Canal will co-broadcast with M6 each Thursday's poster and RMC Sport offers all the remaining matches. M6 will broadcast the final scheduled for May 18, 2022.

1 Telefónica sells 7% of Prisa for more than 34 million 2 Ligue 1: Antoine Kombouaré will finally stay in Nantes 3 Cannes Film Festival: Tom Cruise, Patrouille de France...... 4 Maroto announces that "in a matter of days"... 5 Liberbank customers will not be able to use Bizum... 6 The Ibex 35 dawns with a fall of 0.61% and defends... 7 Organizations want to make mental health an election... 8 The collapse of Wall Street stops the European stock... 9 'Cathedral 1221': learn about the Middle... 10 Virtual and educational reality 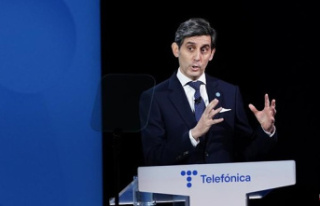 Telefónica sells 7% of Prisa for more than 34 million