Europa League Conference: AS Roma count on Mourinho for the final victory

European finals specialist José Mourinho has the opportunity to offer AS Roma its first continental cup, against Feyenoord Rotterdam on Wednesday (9:00 p. 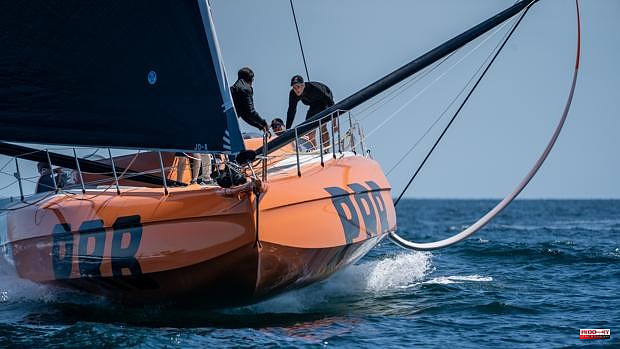 European finals specialist José Mourinho has the opportunity to offer AS Roma its first continental cup, against Feyenoord Rotterdam on Wednesday (9:00 p.m.) in Tirana, at the conclusion of the new Europa League Conference.

"The big teams have to take the latest addition to European competitions seriously", proclaims the Portuguese coach, who would not shy away from a fifth continental title after his two Champions Leagues (2004 with FC Porto, 2010 with Inter Milan) and its two Europa Leagues (2003 with FC Porto, 2017 with Manchester United).

“When the competition started, there were some criticisms. People have seen play-offs without German, English or Spanish teams... But we have seen semi-finals with 70,000 people in Rome, full stadiums in Marseille or Leicester, this competition becomes important because teams like us take it seriously," he said.

In this C4, Roma certainly had a big air hole in Norway, crushed 6-1 in the group stage by Bodo / Glimt, but has clearly made it a goal since the spring.

Tifosi, players and coach alike have understood the common interest of crowning Mourinho's first Roman season with a title, far from the Top 4 in Serie A and finally 6th (qualified for the next Europa League).

Roma can win a first European trophy there after two lost finals (1984 in C1, 1991 in C3), if we except the success in 1961 in the Inter-Cities Fairs Cup, the unofficial ancestor of the Europa League.

Mourinho can restore his image as a winner, after the mixed experience at Tottenham, he who has never lost a European final (apart from the UEFA Supercups, lost three times).

"Obviously I would like to win for myself, but especially for the fans who haven't experienced such a moment for a long time and for the players to take a first step in their career. I am less egocentric, more of a club man”, assures “Mou”.

Italy, which owes the Portuguese its last European club title (in 2010 with Inter), is therefore counting on him again to end a dark season on a positive note, without a club in the quarter-finals of the Champions League or qualification for the 2022 World Cup.

If Roma spared no effort to afford this final, with 14 matches since the summer, what about Feyenoord who will play their 19th European match on Wednesday, since the preliminary rounds in July?

In addition to their solid organization and constant pressing, they have the competition's top scorer, Cyriel Dessers (10 goals).

“We are not afraid of Roma”, assures the UEFA website of the Belgian-Nigerian, who has become the darling of supporters of Feyenoord, a popular and multicultural district of Rotterdam.

“My bond with the supporters, I will never forget it”, adds the one who could leave this summer, currently on loan from the Belgian club of Genk. Even if an online collection has been launched in the Netherlands to try to exercise the purchase option at 4 million euros: "Let's wait to see if they succeed," smiles the attacker.

Between these two clubs known for their fiery supporters, the atmosphere promises to be good, even if the fairly small capacity of the National Arena stadium in Tirana (21,000 seats) may have left the tifosi with regret.

"Even Santiago-Bernabeu would have been full, but Albania also deserves to have this opportunity", according to Mourinho who, as a crafty technician, called on local fans to give voice to Roma where the Albanian international plays, Marash Kumbulla: “It would be nice if he lifted the cup in Tirana...”

1 Football: Ancelotti does not want to talk about Mbappé 2 Tax levies are on the rise again in 2021 within the... 3 The Mossos call the relatives of the two sisters murdered... 4 Fernández sends a message to Genoa in relation to... 5 The PP wants to recover the health agreement with... 6 Feijóo opens on Wednesday in the Senate, but will... 7 Compromís joins forces with ERC and the CUP in Congress... 8 The journalist Juan Ramón Levia from Castilla-La... 9 "M.... to war", the very explicit slogan... 10 Léolia Jeanjean in the time machine at Roland-Garros 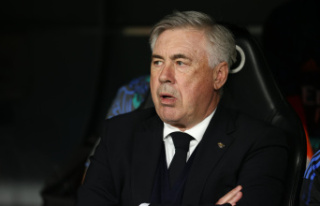 Football: Ancelotti does not want to talk about Mbappé