SKOPJE (North Macedonia) -- President Charles Michel of the European Council urged North Macedonia Tuesday to support a French-proposed compromise regarding a dispute with Bulgaria that is preventing the country from a long-delayed European Union membership. 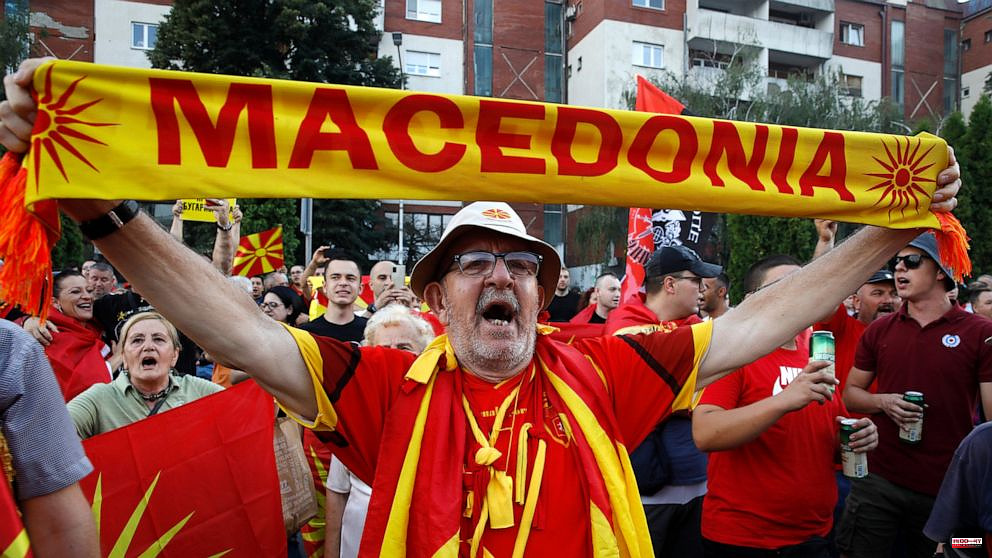 SKOPJE (North Macedonia) -- President Charles Michel of the European Council urged North Macedonia Tuesday to support a French-proposed compromise regarding a dispute with Bulgaria that is preventing the country from a long-delayed European Union membership.

Violent protests erupted last week in North Macedonia's capital of Skopje. Protesters tried to storm government buildings after French President Emmanuel Macron made the proposal, which many Balkan countries find controversial. Macron stated at the NATO summit in Madrid that a "compromise solution" was reached to end Bulgaria's opposition towards its EU aspirations. He did not give details.

Skopje will host a new protest against the French proposal on Tuesday.

The proposed deal was backed by Stevo Pendarovski (North Macedonia's president) and the government. It requires that the country recognize in its constitution the existence a Bulgarian ethnic minority. It would also allow for periodic reviews of how the bilateral dispute are being resolved, which could potentially hinder North Macedonia’s future accession path.

However, the VMRO-DPMNE, the main opposition center-right party, and many international law professionals and civic organizations claim that the proposal favors Bulgarian demands that challenge their country's views on regional history, language, and heritage.

Bulgaria, as an EU member, has the power and authority to stop its neighbor's bid for accession.

Michel said Tuesday that the French proposal was too important to miss at a joint news conference with Dimitar Kovachevski (North Macedonia's prime Minister).

Michel stated that North Macedonia could accept the proposal and then the country could be able to begin EU accession negotiations within days.

Kovachevski stated his support for the "balanced proposition" and said that "our goal is to begin membership talks."

Protestors attacked the government offices in Skopje and the parliament building in downtown Skopje on Monday, the third day of mass demonstrations. Police stopped the several thousand-strong crowd from entering government offices. Four officers were hurt in front of Parliament.

Since 1997, North Macedonia is a candidate for EU membership. Although the country was given the green light to start accession negotiations in 2020, no date has been established.

To advance its goal of joining the 27-nation bloc, North Macedonia resolved a dispute that had been brewing for decades with Greece, a neighbor and EU member. It added the name North to its old name, Macedonia. Greece had complained that it implied its claims on its territory, history, and cultural heritage.

Because the bloc treats the two Balkan countries as a political package, the dispute with Bulgaria has also stalled Albania's progress toward EU membership. All three NATO members are Albania, Bulgaria, and North Macedonia.

1 Denmark theatres close in memory of victims of the... 2 Profiles of Sunak Javid and Javid who quit Johnson’s... 3 At the Swiss meeting, US focuses on Ukraine's... 4 Alpine glaciers are at risk from the warming world 5 Redevelopment plans revealed for the area surrounding... 6 Mexico's leader in daylight saving and keeping... 7 Hurricane Bonnie moves westward from Mexico's... 8 Ukraine warns town to flee before Russian attack 9 South African President to Attend Funeral for 21 Teenagers 10 Mexican navy uses net hooks to save vaquita porpoise 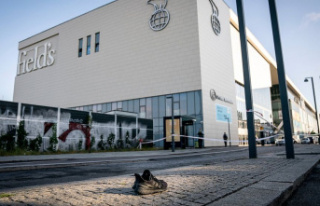 Denmark theatres close in memory of victims of the...