The Congress of Deputies has celebrated this Monday the usual tribute that it has organized since 2010, coinciding with the Day of the Victims of Terrorism. 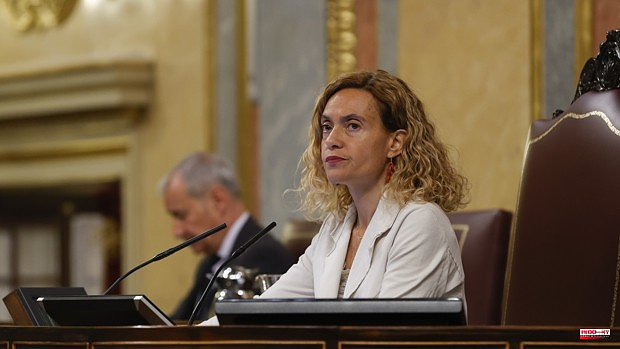 These associations have once again shown their rejection of the presence of Bildu, the political heiress of ETA, and some even of the government's penitentiary management of the gang's prisoners and their pacts with the bildutarras. The president of the Lower House, the socialist Meritxell Batet, has shown the "closeness of Congress" to the associations present and to those who "have not been able to do it", although in reality they have not done so as a sign of protest. On behalf of the Government, several ministers have attended, including the Minister of the Interior, Fernando Grande-Marlaska, in an act that lasted less than 45 minutes.

The president of the Foundation for Victims of Terrorism (FVT), Tomás Caballero, has recalled the 1,452 people who, according to data from the Ministry of the Interior, have lost their lives in Spain at the hands of different terrorist groups, such as ETA or jihadism.

Caballero has taken advantage of his speech to send a clear message about the political and institutional story about ETA, about which he has asked politicians not to have "whitewashing or collusion". Also that the 'ongi etorri' and tributes to prisoners of the gang be prevented, which he has described as "objectively unworthy". In addition, he has wondered "why after so many years there are so many unsolved ETA murders", referring to the 379 attacks that have not yet been judged by the Spanish courts.

For all these reasons, the president of the FVT has launched another rhetorical question from the rostrum of the Hemicycle, especially to the deputies present: «Do you consider that the memory that the victims deserve is the one we are building?» Thus, for example, he has recalled that "it is not fair" that the state compensation received by the victims and their families is not the same depending on whether the case has been resolved or not by the Justice, for which he has once again demanded that equalization.

At the same time, the Vox deputies, who have not participated in the act either, have observed a minute of silence at the Puerta de los Leones in Congress in tribute to the victims and also in protest at the policy of the PSOE Executive and United We Can regarding the prisoners of ETA and Bildu.

1 A large-scale cocaine trafficking criminal organization... 2 The court agrees to stop the 'puncture'... 3 Virologist Luis Enjuanes warns of a 99% loss in the... 4 Toledo doctor David Dylan publishes 'In the silence... 5 CSIF affirms that 600 educational and sign language... 6 The new express reform to get control of the TC lands... 7 Mazón regrets that Puig "is very far from the... 8 The tow truck will remove vehicles parked in security... 9 Colau, relegated: The PSC will fight with ERC for... 10 The Ferrant Universe stays in the permanent Patio... 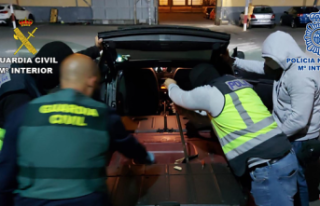