Esperanza Casteleiro, the shadow of Robles, returns to

Since Margarita Robles took possession of the Defense portfolio in 2018, a woman from La Casa —as the spies themselves call the National Intelligence Center (CNI)— has accompanied her in all her steps. 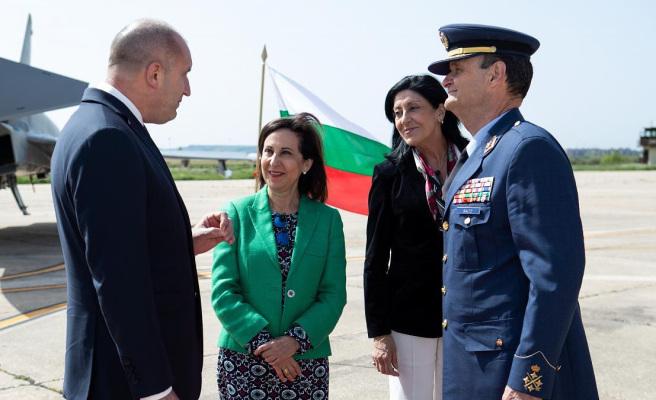 Since Margarita Robles took possession of the Defense portfolio in 2018, a woman from La Casa —as the spies themselves call the National Intelligence Center (CNI)— has accompanied her in all her steps. In two of the minister's last trips abroad to visit Spanish troops deployed on international missions —Bulgaria and Lebanon— Esperanza Casteleiro (Madrid, 1956) was never separated from the minister. Become his shadow, his right hand, for the last four years, the until now Secretary of State for Defense will return to the CNI to take charge of the espionage center after the Pegasus scandal has claimed its first political victim: Paz Esteban .

Intelligence sources agree in pointing out the "very good consideration" that the CNI agents have for Casteleiro, who joined the former CESID in 1983, as well as the dismissed —or "substituted" in the mouth of Robles— Esteban. With a degree in Philosophy and Educational Sciences, she has made a career within the walls of the intelligence center.

The same sources explain that the human teams that La Casa has "are known by heart", since I held the Head of the Human Resources management area and the general secretariat of the CNI between September 28, 2004 and June 2008. , during the first government of José Luis Rodríguez Zapatero. It was in that period number two of Alberto Saiz, the last director of the CNI who resigned cornered by the alleged use of public funds for private purposes.

Casteleiro's career at the center has focused on both the operational and management areas, so this move represents the continuity of a technical profile at the head of intelligence that, predictably, will be well received among the troops he has center. His name already sounded in 2020 to replace Félix Sanz Roldán, but finally Robles preferred that he continue to be his shadow in the Ministry and it was Paz Esteban who became the first woman to head the CNI.

The Minister of Defense, who was left practically alone in closing ranks around Esteban, was full of praise for Casteleiro at the press conference after the Council of Ministers. Her endorsement: the "impeccable" resume of his former number two. From 2008 to 2014 he held new assignments in Intelligence Units Abroad and from 2014 to 2018 he was head of the CNI Intelligence Unit at the Intelligence Center against Terrorism and Organized Crime.

When the motion of censure put an end to the Government of Mariano Rajoy and Sánchez returned the CNI to Defense —after his dependency on the Presidency—, Robles appointed Casteleiro as director of his Cabinet and in June 2020 she was appointed Secretary of State for Defense . She is in possession of the Silver Cross of the Civil Guard and the Grand Cross of Aeronautical Merit.

1 Citizens denounce Rufián for revealing the explanations... 2 Strasbourg ratifies the sentence of the Atristain... 3 Liverpool win the FA Cup and lose Salah 4 Marlaska was robbed with Pegasus 6 gigabytes of information... 5 Espanyol and Valencia ask for the time 6 Rueda shows his new Xunta as Feijóo's showcase... 7 ERC and United We Can now demand guarantees that they... 8 The Court of Auditors archives an investigation into... 9 Massive shooting in an American grocery store 10 Prolonged momentum in the real estate market 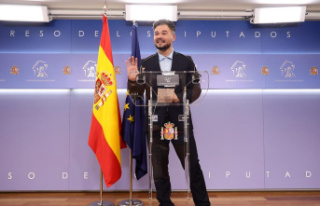