On the same day of its approval in the Parliament of Catalonia, the Escuela de Todos platform has warned that the law on official languages ​​is, from its point of view, unconstitutional since it establishes "an inequality in the treatment of Spanish and Catalan in the educational system that is incompatible with constitutional requirements«. 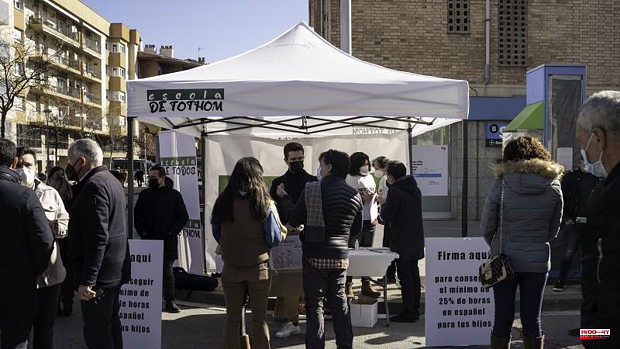 On the same day of its approval in the Parliament of Catalonia, the Escuela de Todos platform has warned that the law on official languages ​​is, from its point of view, unconstitutional since it establishes "an inequality in the treatment of Spanish and Catalan in the educational system that is incompatible with constitutional requirements«. The platform, which groups 15 entities, has also warned that the new autonomous norm does not prevent the execution of the sentence of 25 percent of Spanish in the entire education system of the community.

In a statement, Escuela de Todos has pointed out that the Law on the use and learning of official languages ​​in non-university education, approved this Wednesday with the votes of the PSC, ERC, Junts and the commons, "represents the consecration of the inequality between Catalan and Spanish in the education system”, by establishing differentiated treatment for both official languages ​​in Catalonia.

One, Catalan, remains as its own, vehicular and curricular; the other, Spanish, only as a curriculum.

According to ruling 31/2010 of the Constitutional Court (TC), in its legal basis 24, it is established that "Castilian must have an 'equal use' as Catalan", so Escuela de Todos has ensured that the regional law is unconstitutional and political parties and institutions that can do so, such as the Ombudsman, have been urged to file an appeal of unconstitutionality. Only if the Government does so would it stop, in principle, the entry into force of the language law.

Escuela de Todos has also pointed out that the interpretation of the TC that indicates that although no mention is made of Spanish, as a vehicular language, it is, it is impossible, in the case of this new law, "because in the same precept and even in the same paragraph the norm offers a clearly differentiated treatment to both languages». And he recalled that "an automatic preference of one of the official languages ​​over the other cannot be established, and even less, as the law approved today does, from the consideration of Catalan as the language of Catalonia".

In short, “we cannot admit that a difference in treatment between the two official languages ​​based on the fact that one of them is the language of the Autonomous Community is taken for granted. The Constitutional Court has expressly and clearly rejected this possibility of differentiation and we hope that it will also correct, in this sense, the law approved today", added the platform's statement.

On the other hand, Escuela de Todos has insisted that the new regional law "does not prevent in any way the execution of the judgment of the Superior Court of Justice of Catalonia of December 16, 2020 or compliance with the Order of the same court of December 4 May 2022« and has regretted that neither the Generalitat nor the Government are already applying a judicial sentence that is mandatory since January 25 of this year.

In this sense, the platform of associations in favor of bilingualism in schools has lamented the "serious democratic breakdown" due to this situation and has criticized the executive of Pedro Sánchez since the sentence should have been carried out five months ago. "The passivity, when not the complicity of the Spanish government with those who refuse to abide by court rulings, deserves the most severe reproaches," added Escuela de Todos in its note.

1 The PPdG will resolve "soon" the great unknowns... 2 Picasso meets 'face to face' with El Greco... 3 The Chair of the Tajo sees the minimum flows of the... 4 The Xunta agrees with Andalusia the loan of a Picasso... 5 The Virgen del Remedio park in Alicante is named after... 6 The PP denounces that the Generalitat Valenciana "is... 7 The 'first' Ronaldo completes the Camino... 8 Mónica Oltra and her ex-husband were registered in... 9 Algeria suspends the friendship and cooperation treaty... 10 An "undetected movement on the ground",... 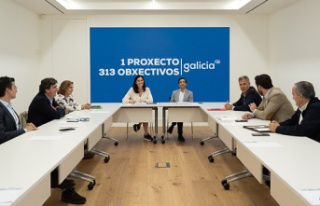 The PPdG will resolve "soon" the great unknowns...