The Government is seeking by forced marches to reach an agreement with the associations representing self-employed workers on the new contribution system for real income, just one month after having to report to Brussels on the substantial progress on this point included as part of the pension reform. 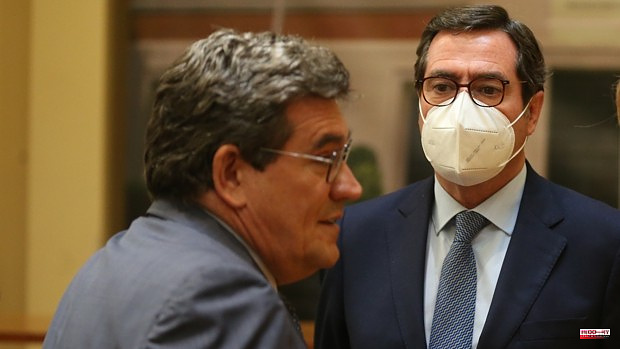 The Government is seeking by forced marches to reach an agreement with the associations representing self-employed workers on the new contribution system for real income, just one month after having to report to Brussels on the substantial progress on this point included as part of the pension reform. The last attempt at a proposal transferred by the cabinet of the Minister of Inclusion, Social Security and Migration, José Luis Escrivá, has, however, been rejected by the CEOE due to the sharp increase in the quota planned for self-employed workers with more income and jeopardizes the broad agreement, key to the proper implementation of the reform.

The reform, which foresees the passage from the current model of choosing contribution bases to a contribution by tranches based on the real income of the workers, does not convince the employers and ATA, one of the main entity representing the group.

The president of the association, Lorenzo Amor, confirmed this Monday through social networks the "no" to the new proposal for sections of the Government

“It means raising between 33% and 90% the contributions to the self-employed who earn more than €1,700 / month and lowering only 15% to those who earn less (€670 / month). With the one that is falling in this country and the one that is about to fall!!!!”, denounces the president of ATA.

In addition, as the representatives of the self-employed group denounce, the last table with the proposal for the new list of quotations assumes that the self-employed with net income above 1,900 euros per month will see their quota increased by 49%. Although this would be the extreme assumption, the model provided by the Executive applies an increase on the average fee currently paid by workers in 10 of the 13 proposed sections.

Specifically, the proposal to which ABC has had access, foresees three first sections in which the quota is reduced over the average that these workers currently contribute to RETA. In this way, if the self-employed with net income of less than 670 euros pay a monthly fee of 307 euros, they would pay 250 euros per month under the new system. A reduction in the contribution for the self-employed is also estimated in the second section between 670 and 900 euros of income, who now pay 315 euros on average and would go on to pay 260 euros with the reform. Finally, in these lower brackets, the contribution is also reduced for those who declare between 900 and 1,125.9 euros per month, from the average 322 euros they pay per month to 270 euros.

Until now, the Government had sought a partial agreement with the self-employed associations UPTA and Uatae, in which ATA did not participate, one of the three entities that have negotiated the measure with the Executive, but which has so far shown its rejection of the different proposals that the Government has brought to the work table.

Recently, given the lack of progress at the negotiating table, the business organizations decided to transfer their own proposal to reform the self-employed regime to the Ministry of Social Security. The initiative presented by CEOE, Cepyme and ATA is based on 12 yield quotation brackets and a table of progressive quotas for the next three years. The figures are based on a rise in the minimum base by sections from 2023 to 2025, the year in which they would be reviewed again.

The agreement on the contribution of the self-employed will be, together with the approval of the public pension fund, the two key milestones committed to with the European Commission to achieve access to the 6,000 million euros of the second tranche of European funds that corresponds to this year.

1 Board and Provincial Council gather 15 million to... 2 The agreements of the Diputación de Valladolid include... 3 No beaches suitable for pets in the Basque Country 4 A young man who tried to swim across the Crevillente... 5 General Electric accused in tax optimization in France... 6 Employment in New Aquitaine: 65 vacancies at Terres... 7 After a fatal accident, the Dordogne gendarmerie needs... 8 Arvert: Presentation of the Coubre forest's forest... 9 Saint-Jean-de-Luz - Stop parking Foch collective challenges... 10 Cycling. Alpes Isere Tour - The Iserois Remi Capron... 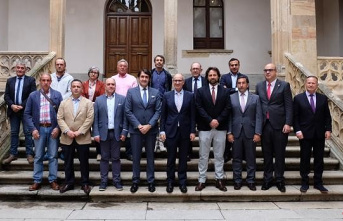 Board and Provincial Council gather 15 million to...