The Toledo town of Escalona will return to the Middle Ages on the weekend of June 10-12 with the celebration of the 1st Medieval Conference under the slogan 'Court of Prodigies', which will host camps, conferences, exhibitions, live workshops, forges, kitchens , taverns, looms, children's attractions, falconry and horse jousting tournaments, among other proposals. 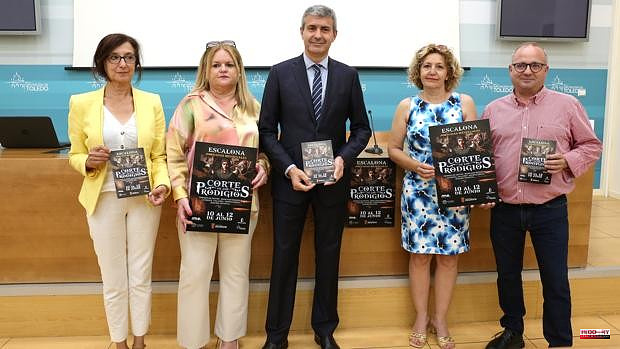 The Toledo town of Escalona will return to the Middle Ages on the weekend of June 10-12 with the celebration of the 1st Medieval Conference under the slogan 'Court of Prodigies', which will host camps, conferences, exhibitions, live workshops, forges, kitchens , taverns, looms, children's attractions, falconry and horse jousting tournaments, among other proposals.

This was announced this Thursday at a press conference by the staggered alderman and also by the president of the Toledo Provincial Council, Álvaro Gutiérrez, who underlined that these days will begin on Friday, June 10, at 6:00 p.m., with a parade and parade, which will depart from the town's castle to the Plaza del Infante, starring musicians, stilt walkers, fantastic characters, knights and goblins.

The mayor of Escalona has pointed out that throughout this weekend different recreational, theatrical, musical, gastronomic and even educational activities will be carried out, which will be set in medieval times thanks to the involvement of the town's inhabitants.

Likewise, he has remarked that these days will conclude on June 12 at 9:30 p.m. with the dance of titans, a parade, acrobatics and fireworks. Thus, the proposals developed will take place in four specific scenarios such as the Infante area, El Condestable, El Buen Yantar and the Campo de Honor.

In the same way, Gutiérrez has thanked that the residents who reside in the Historic Center of the town have lent themselves to decorate its facades and balconies, in short, to set the scene in that area of ​​medieval times. “The neighbors are going to intervene by disguising themselves or setting themselves up in medieval times”, he has stated, indicating in turn that others will participate by making theatrical performances from the time of Lazarillo de Tormes and Count Lucanor.

In addition to the involvement of the inhabitants, the also president of the Provincial Council has emphasized the participation of the hoteliers, since they will also decorate their establishments and will dress in medieval times to offer a service set in this era to the "thousands and thousands of people" who could come to the locality.

That said, Gutiérrez has been convinced that the "monumental" castle-palace of the town, as well as the convent of the Franciscan Conceptionists, its walled enclosure, its arcaded square, its church and the House of the Council, in addition to the situation Geographically, the municipality and its river Alberche will make Escalona become an "extraordinary" center of tourist attraction.

Lastly, Gutiérrez recalled that the kings Alfonso XI, Juan II and Enrique de Trastámara, the nobleman Álvaro de Luna, the dukes of Escalona and the marquises of Villena turned Escalona into a "central, first-rate political" scenario for centuries. .

1 The PSOE requests the disapproval of the Cortes to... 2 The Mossos denounce the inaction of the Interior in... 3 Caxton College stimulates art in its classrooms with... 4 The Generalitat tightens the protocols to ensure that... 5 Castilla-La Mancha is equipped with an "ambitious"... 6 The 'beaches' of Madrid Río are operational... 7 Eurocaja Rural and Toledo taxi drivers renew their... 8 The mayor of Alicante guarantees that the mascletás... 9 The Basque Country breaks its record of contributors 10 The engineer Óscar Villenueva, new Deputy Minister... 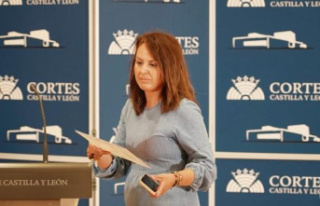 The PSOE requests the disapproval of the Cortes to...