The Business Confederation of the Valencian Community (CEV) has assured this Tuesday that the Railway Infrastructure Administrator (Adif) "will confirm the schedule of trains that will connect Alicante with Atocha and Chamartín and will recover ticket sales this week. 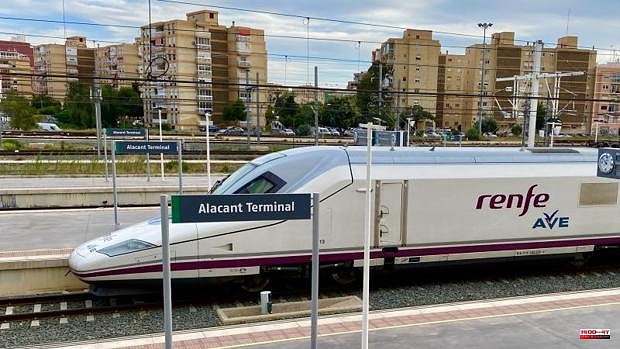 The Business Confederation of the Valencian Community (CEV) has assured this Tuesday that the Railway Infrastructure Administrator (Adif) "will confirm the schedule of trains that will connect Alicante with Atocha and Chamartín and will recover ticket sales this week."

In a statement, the businessmen point out that this has been transmitted by the president of Adif, María Luisa Domínguez, to the president of the CEV, Salvador Navarro, at a meeting held in Madrid.

The agreement comes after the Confederation has denounced the "serious damage" that the "stoppage" of ticket sales in the middle of the high season represents for the tourism sector in the province of Alicante and an "urgent" solution has been requested.

The CEV adds that, as happened last March, when Adif accepted the proposal from the CEV and the Chamber of Alicante so that the first and last trains of the day continue to connect Alicante with Atocha, the railway administrator has recognized "the damage that can cause a halt in the sale of tickets and has promised to resume it this week".

The president of the CEV, Salvador Navarro, has stated regarding this situation that "he was going to reduce the choice of Alicante as a destination in July", for which he thanked Adif for its timely reaction in defining the connections and recovering sales . "We hope, as we have been informed, that everything will be resolved before Friday, June 17," he added.

Adif sources have specified to Europa Press that the public entity's commitment is due to putting a solution "to the planning and programming of trains so that it can be unblocked" and they insist that "Adif is not blocking the sale of tickets because it is not your competition."

For their part, Renfe sources consulted by Europa Press have remarked that the entity "has not suspended the sale of tickets between Madrid and Alicante" and that the railway company "is waiting for the new circulation marches to be established that allow the sale from July 1".

"This is a normal procedure in the railway system around the world, and in Spain it has occurred or is occurring on other lines and services. In this way, work is being done to avoid any damage to passengers," they added.

Thus, they settle: "Once the new marches are determined, Renfe will follow the usual procedures for the sale of tickets through all its channels."

The mayor of Alicante, Luis Barcala, has warned this Tuesday about the growing loss of tourists in the city and the rest of the Costa Blanca as a result of the "suspension" of the sale of AVE tickets between the Alicante capital and Madrid from of June 30.

In his trip to Ifema in Madrid, the mayor has indicated in a statement that "the tourist sector of Alicante has already detected that tourists from Madrid who planned to travel to the Costa Blanca next month are looking for other alternative destinations, such as Malaga, before the uncertainty generated by this incomprehensible and arbitrary suppression of ticket sales at the very beginning of the high season".

"Uncertainty is increasing among tourists who are considering their holidays in July and August in Alicante because they do not know if they will be able to go and return by AVE and they are already looking for alternatives," he stressed.

Along the same lines, the Minister of Transport of the Community of Madrid, David Pérez, has spoken out, rejecting "the opacity and improvisation" of Renfe, who criticizes the "inopportuneness" of the suspension of ticket sales in the middle of the high season "when Alicante is one of the preferential and preferred destinations of the people of Madrid".

Likewise, the popular group in Congress, through the Alicante deputies, has requested the appearance of the Minister of Transport, Raquel Sánchez, to explain and urgently rethink Renfe's decision to suspend trips before the start of the summer season due to its serious consequences for the province's tourism sector.

The Councilor for Urban Planning of the Alicante City Council, Adrián Santos Pérez, has pointed out with respect to this "rectification" that it seems that the Government "does not take Alicante seriously": "In the end, Alicante would be the most affected, and we are already tired of being treated like a second class municipality when we are the fifth province of Spain and a leading capital in terms of tourism with connections to Madrid".

In the same way, he has maintained that "we are going to continue claiming and fighting so that Alicante gets up to where it has to be". For his part, the deputy in Congress for Alicante, Juan Ignacio López-Bas, recalled that his group criticized that this was done "without any type of planning", along with the fact that it was an initiative "known to the PP when ruled."

"The problem is that Alicante is going to suffer a delay of between eight and nine years to be able to have access to Madrid in conditions. Only the trains that come from the Valencian Community will suffer it," he stressed.

1 14 years in prison for the 'legal father'... 2 London remembers 72 Grenfell victims 3 The 'Night Serenade' will sound this Friday... 4 Scholarships of 500 euros per month to oppose the... 5 The PSOE and the PP reject the deletion of the term... 6 The museums of the Valencian Community will exhibit... 7 Scotland announces an independence referendum for... 8 Map of the provinces with the most expensive gasoline 9 Daron Payne: Talks between my agent, my coach and... 10 Drama in the world of K-Pop: BTS announce a "temporary"... 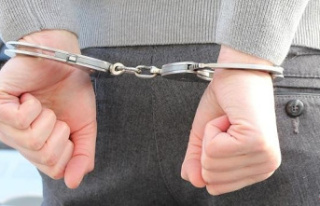