Energy transition: A hydrogen network for Germany: Many unanswered questions

Hydrogen should play an important role on the way to climate neutrality in 2045. 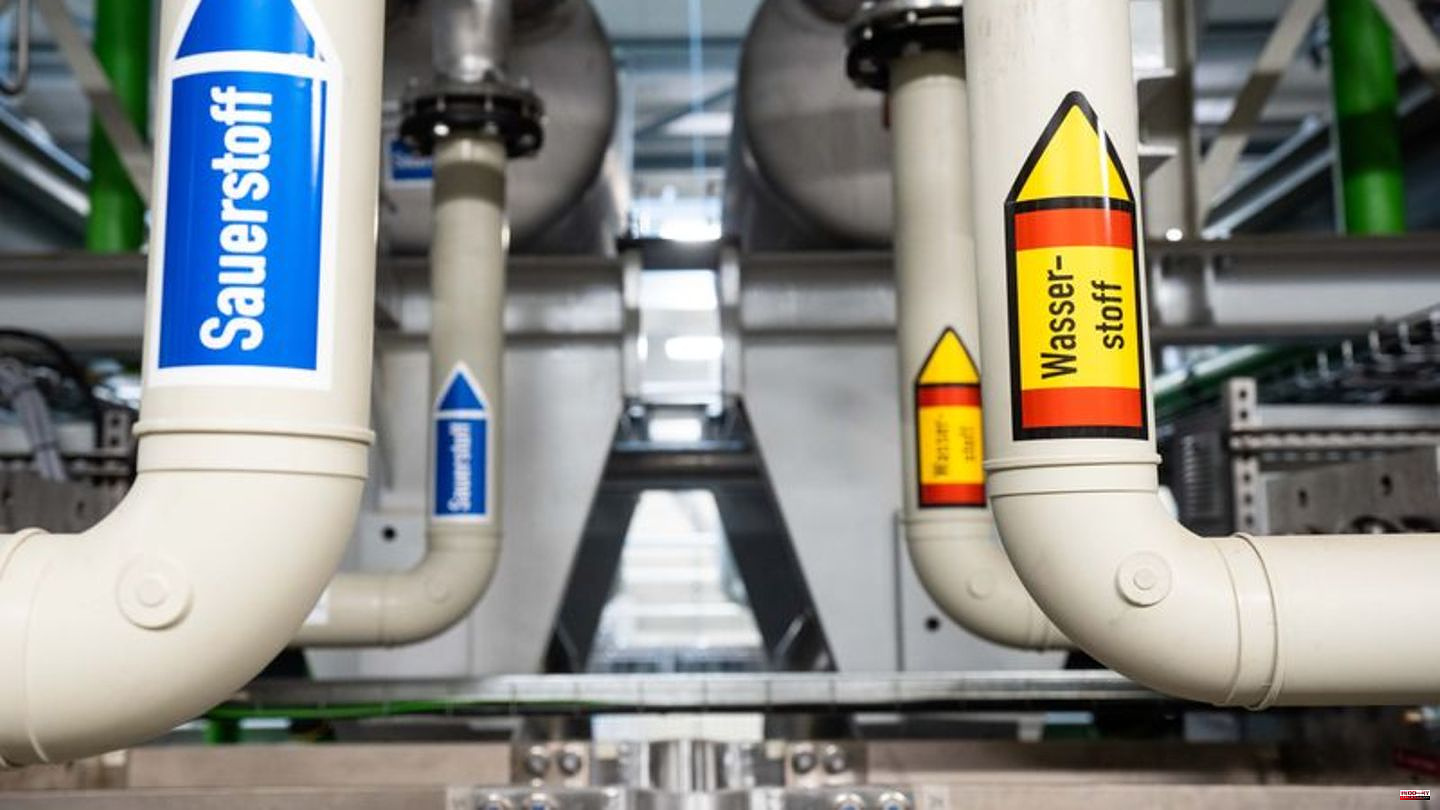 Hydrogen should play an important role on the way to climate neutrality in 2045. But how does the gas, which is preferably produced using green electricity, get to where it is needed? Above all, politics and business agree on a Germany-wide hydrogen network with European connections.

The first problem: Apart from two regional networks, such a nationwide network does not yet exist. So that it can be set up quickly and is not so expensive, in addition to new pipelines, existing natural gas pipelines are also to be converted - especially over long distances.

Among other things, Federal Minister of Economics Robert Habeck (Greens) is traveling to the Scandinavian country this Wednesday to get hydrogen imports from Norway under way. Both sides want to sign a joint declaration in which they reaffirm the goal of creating infrastructure for exporting hydrogen from Norway to Germany by 2030.

The program is intended to fund 15 infrastructure projects

There are already plans to set up a hydrogen network. A first national network is to be created as part of a European funding program. In Germany, 62 hydrogen projects are to receive funding as "Important Projects of Common European Interest" (IPCEI). 15 of them deal with infrastructure including storage.

According to the natural gas transmission system operator, the first network should extend from the Dutch border via Hamburg and Salzgitter, the Halle/Leipzig industrial region and via Berlin to Rostock. In addition, there are cross-border regional projects in North Rhine-Westphalia and Saarland. According to the Federal Ministry of Economics, the first sub-networks should have a total length of 1800 kilometers. They are intended to connect the most important producers and buyers with each other and with neighboring countries.

The "Get H2 Nucleus" project is scheduled to start in 2024

Some IPCEI projects are also part of the "Get H2 Nukleus" project, which is backed by the companies BP, Evonik, Nowega, OGE and RWE. The project is about the production of green hydrogen and the acceptance by industry in Lower Saxony and North Rhine-Westphalia. The approximately 130-kilometer network is to start in 2024 in a first step from Lingen im Emsland to Gelsenkirchen and then be expanded - then together with numerous other companies.

Frank Heunemann, Managing Director of the network operator Nowega and coordinator of the "Get H2" initiative, hopes that the IPCEI approvals from the EU Commission and the national funding notifications for the nucleus project will be available by Easter 2023. "The secure, rapid construction of the hydrogen network is a crucial planning basis for all connected industrial hydrogen projects," he says. The hydrogen economy in Europe can only keep pace with developments in the USA with a rapidly developing, high-performance network.

"Flow": Hydrogen from the Baltic Sea to the Southwest

There are also far-reaching plans in other parts of Germany. The three transmission system operators Gascade, Ontras and Terranets BW want to set up a pipeline system for hydrogen from the Baltic Sea to southwest Germany under the project name "Flow". In a first step, existing natural gas pipelines are to be converted by 2025 so that hydrogen can be transported from Mecklenburg-Western Pomerania to Thuringia.

Nationwide, the long-distance network operators (TSO) will model a hydrogen network consisting of sub-networks with a total length of around 3000 kilometers by 2027. A model for 2032 then estimates the line length at 7,600 to 8,500 kilometers. For comparison: the TSOs currently operate around 36,000 kilometers of long-distance natural gas pipelines.

National hydrogen strategy will be updated

The topic of hydrogen also plays a major role for the federal government. This is where the second problem comes into play: who should operate such a network so that everyone can use it and competition is promoted? As early as 2020, the Ministry of Economics presented a "National Hydrogen Strategy", which the traffic light coalition wants to continue. Future networks are also a topic of the strategy.

At the end of November, the ministry announced a draft for the update. "In addition to the availability of hydrogen, a forward-looking and rapid development of a terminal, network and storage infrastructure for hydrogen is essential for the market ramp-up," it says. This primarily includes a national hydrogen network.

According to the draft, a “hydrogen network company with state participation” that has yet to be founded should play a central role in planning the networks. "Through the state participation (...) the financing of the necessary investments can be secured at favorable financing conditions," it says.

In the medium term, this company is to acquire the existing hydrogen pipelines and natural gas pipelines that are to be converted and ensure further expansion. A concept for the company is being developed and will soon be presented to the industry. The draft was in the departmental coordination of several ministries, it was said at the beginning of December from the Ministry of Economic Affairs. The update should then be coordinated with the National Hydrogen Council, an advisory body to the federal government, said a spokeswoman.

Critical voices from the energy industry

The gas industry does not think much of this network company. "In particular, the idea of ​​a new, state-owned hydrogen network company will certainly not lead to an acceleration," says Timm Kehler, head of the industry association Zukunft Gas. "Here, the established private-sector players are certainly much more efficient and powerful to quickly convert the current natural gas network into a hydrogen network."

Katherina Reiche, chairwoman of the National Hydrogen Council, is also critical of the plans for the network company with state participation. "The federal government should neither build, operate nor maintain a hydrogen network," wrote the CEO of the energy service provider Westenergie on Linkedin in early December. "Rather, he should reflect on the principle of subsidiarity." The federal government must set incentives for the expansion of the infrastructure. "Not more but also not less."

The design of the gas markets is also the subject of intense debate at EU level. The EU Commission had already presented a draft for a new gas market directive in 2021. It stipulates that hydrogen network operators cannot be suppliers at the same time. Among other things, this would affect municipal utilities, which, as suppliers, often operate the natural gas distribution networks in the municipalities. In the gas industry, it is feared, among other things, that such a regulation would eliminate investment incentives for the construction of hydrogen networks. Deliberations on the new directive are ongoing. 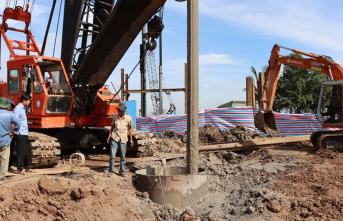