Preserve the legal vacuum that prevails in the field of electronic purchases and the law of the jungle that still governs social networks and video platforms in Spain. 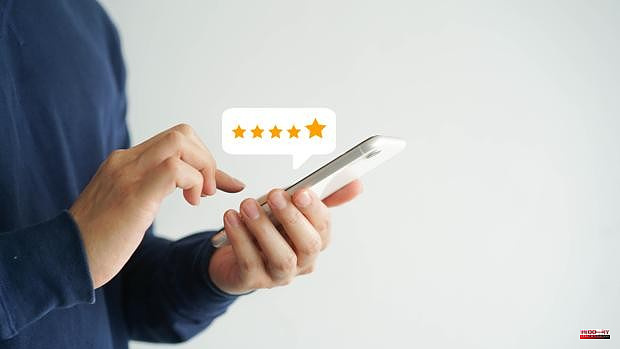 Preserve the legal vacuum that prevails in the field of electronic purchases and the law of the jungle that still governs social networks and video platforms in Spain. The protection of consumers who purchase goods and services over the Internet will be reinforced as of today, Saturday, May 28. As a consequence of the transposition of a European directive, the new regulation that modifies the General Law for the Defense of Consumers and the Unfair Competition Law puts an end to both covert or misleading advertising by influencers on social networks and reviews false in electronic stores, among other provisions.

Despite the fact that conventional media have been subject to many regulatory restrictions for years, other content creators have not participated with the same rules of the game in the advertising business until now.

But this scenario will change in part with this rule that comes into force today and that is extended to information society services and social networks, where commercial practices that are not defined as such.

The reform introduces limits to the ads of 'influencers' on social networks, a business with which 93.7 million euros are billed a year only in investment in advertising campaigns. The prescribers will have to specify and make it clear in the paid communications that it is advertising content. The objective is to put an end once and for all to covert advertisements on social networks, an activity that until now has been ruled by a regulatory vacuum despite the code of conduct that Autocontrol imposes on its member companies.

Although the rule does not expressly mention who is responsible for the infringement, Marimón Abogados interprets that it falls on the influencer himself, since the employer cannot directly control the publications made by a prescriber on his profile. "We have already recommended to our clients that they include a clause in the contracts in which, expressly, they oblige the 'influencers' to label the 'post' as advertising," says Marta Valls, a lawyer at the aforementioned firm.

“The act of including a communication paid for by an employer as mere information will be considered unfair. The most correct thing is to use the 'paid contribution' tab in the Instagram network. There are those who label these publications with the term 'publi', but below everything and hidden. There are also those who do not even indicate it as advertising, this is a deception for the consumer”, warns Valls.

For her part, Patricia San Miguel, professor of Digital Marketing at the University of Navarra and coordinator of the White Paper on Responsible Influence, recalls the importance of protecting minors, a group that is vulnerable to this media model. San Miguel also highlights that it is vital that the responsibility falls on everyone, brands and content creators. "We have to be aware that minors spend a lot of time on these platforms and often do not have sufficient criteria to discern when an 'influencer' gives a disinterested opinion about a product or when he does so moved by the agreement with a brand," he warns. San Miguel.

From the sector of agencies specialized in influencer marketing, they consider that this legal turn does not catch anyone by surprise. "It is a natural trend in the sector and in fact there are many 'influencers' who already identify their advertising collaborations in the way that is set out in the regulations," admits, for her part, Carol Murtra, CEO of Leaders. Despite the reform, many publications will continue to be in border territory. “In the world of paid agreements, not everything is black and white. There is an immense range of grays in between, in which some invitations or payments in kind would enter, for example. And this is not always going to be so easy to label,” adds Murtra.

What is obvious is that the new regulation will have a clear impact on the advertising business of social networks due to the more than likely penalty of users. “In the coming months there may be some punishment by users for this type of publication. However, I also believe that in the medium and long term it will end up fading because it will be understood that there are paid collaborations that continue to be useful for consumers”, predicts Murtra.

Another of the legal developments will affect the comments, reviews and ratings that are written in online commerce, since they will be subject to stricter control. With the new regulation, it will be prohibited to add or order the inclusion of false and paid opinions or approvals, a practice that has exploded in recent years in order to promote goods or services to earn points against undecided customers or those seeking a real evaluation. .

It should also be reported whether the consumer reviews provided by the entrepreneurs correspond to buyers who have previously purchased the good to ensure that they are not false reviews commissioned by the brands themselves to gain notoriety. Failure to comply with these requirements will be considered an unfair practice as it is deceptive.

From the consumer organization OCU they recall the impossibility of the consumer to inspect the product or service before contracting it. Therefore, it is common for a consumer to consult the reviews and that these comments determine or influence their purchase decision. Unfortunately, to this day, fake reviews, purchased or interested ('fake reviews') are not uncommon. OCU verified in 2019 the existence of companies that offered a commission or their products for free in exchange for a positive evaluation", recalls Enrique García, spokesman for the OCU.

Against this background, García considers this reform to be key, but he does not believe that all businesses will comply with the law given the large size of the Internet and the proliferation of interested opinions. "We trust that large companies will adapt to the new regulation, but it will be necessary to see how this practice becomes generalized among the rest of the Internet businesses," he says. To increase consumer protection, the consumer organization urges the administration to monitor its compliance and to promote, where appropriate, inspection and sanction procedures against these unfair and deceptive practices.

With the new regulations, the definition of the previous price that is used in sales periods is also homogenized. Consequently, all communities must adapt to the meaning given by the new directive. Specifically, the concept of the previous price is maintained as the lowest that would have been applied to identical products in the preceding 30 days.

The sanctions to the electronic commerce platforms or the 'influencers' will be a minimum of 150 euros and can reach a million euros in the event that the breaches are very serious. The fines will amount to up to eight times the profit that has been obtained illegally when the infringement is committed in our country and up to 4% of the billing volume when infringements are committed in several countries of the European Union. 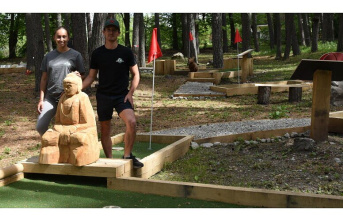