End of the mask in transport, imminent redesign, Vairelles condemned: the information to remember this afternoon 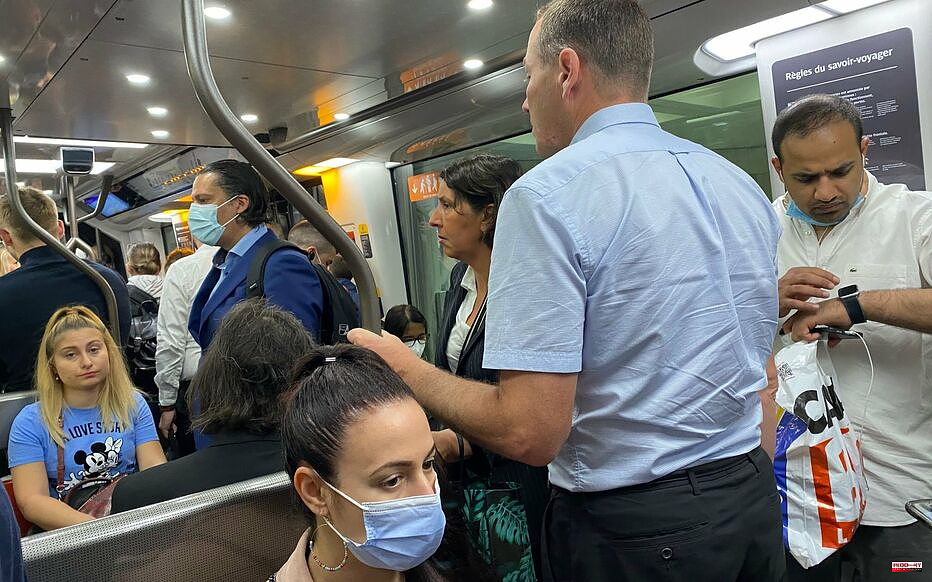 As of this Monday, wearing a mask is no longer compulsory in public transport - metros, buses, trains, planes and taxis. A relief that marks the disappearance of the last major anti-Covid restriction in a context of health calm: contaminations and hospitalizations of Covid-positive people are finally decreasing after a very long winter wave. But while the epidemic appears to be under control, some researchers warn against an excessive sense of security, warning that it is probably not over, with the threat of a new variant still present. Users themselves remain mixed on the issue.

Castex is about to hand over "without remorse or regret". The Prime Minister could submit the resignation of his government in the coming hours, leaving the field open to speculation that bets on a woman to replace him. "It's a new era that is opening up," he commented to Le Parisien on Sunday. Jean Castex, who self-proclaimed "Prime Minister of Stewardship", said he was leaving "without remorse or regret", after twenty months at Matignon, where he was on Monday morning. Russia is raising its voice. Russian Deputy Foreign Minister Sergey Ryabkov ruled on Monday that Sweden's and Finland's NATO candidacies in reaction to the Russian offensive against Ukraine constituted a "serious error", "whose the consequences will be far-reaching”. According to him, the Kremlin's response "will depend on the practical consequences of the accession" of the two Scandinavian countries to the Atlantic Alliance. On the ground, Ukraine is preparing for an intensification of Russian attacks in the Donbass, Moscow's priority objective but where its forces are losing momentum. Three years in prison for former footballer Tony Vairelles. The Nancy Criminal Court, which had requested at the end of March three years in prison against Tony Vairelles, sentenced this Monday morning the former striker of RC Lens and the French football team to five years in prison. , two of which were suspended. Or a sentence of three years in prison. The former international was accused, alongside his three brothers, of having opened fire and injured three security guards at a nightclub in Meurthe-et-Moselle on the night of October 22 to 23, 2011. A former candidate for Top Chef seriously injured with a knife in Paris. According to our information, Thomas Chisholm, candidate for the show Top Chef last season, was stabbed on the night of Sunday to Monday, around 1:40 a.m. His vital prognosis is engaged. According to a police source, a man was arrested while he was in Passage de Gergovie, in the 14th arrondissement of Paris. It would be one of the employees of the Franco-American chef.

The information that concerns you

Will the violent thunderstorms on Sunday recur in the days to come? “The week is going to be hot, above normal for the month of May, and the stormy wave this Sunday evening will not change anything,” warns meteorologist Guillaume Séchet, in Le Parisien. If the start of the week will be relatively calm, “thunderstorms will probably hit certain regions on Thursday, starting with the North-East”, we explain at Météo France. But without certainty, as this phenomenon is difficult to anticipate before D-Day. In addition, some 2,700 homes were still without electricity this Monday morning, mainly in Eure, after the violent storms which crossed the region the day before. In the evening.

1 Montero, on the return of the emeritus: "The... 2 Cospedal asked Villarejo to "stop" the publication... 3 Legislative: “We live in a sickening climate, of... 4 Presidential 2022: on which TV channels to watch the... 5 Los toledanos Ethnos Atramo', from the synthesizer... 6 Independence students are chained before the Government... 7 This is the ATP ranking after Djokovic's triumph... 8 UMA Antequera stars in the greatest feat of Spanish... 9 The war leads Europe to the largest trade deficit... 10 McDonald's withdraws entirely from Russia 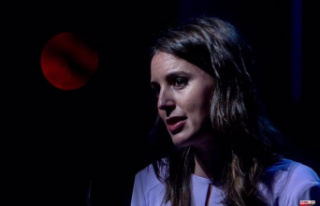 Montero, on the return of the emeritus: "The...