End of an era: Great Britain bids farewell to the Queen

Heads of state and government from all over the world as well as representatives of royal houses and the British royal family filled the pews of Westminster Abbey at the state funeral in the morning, where the Queen was once married and crowned. 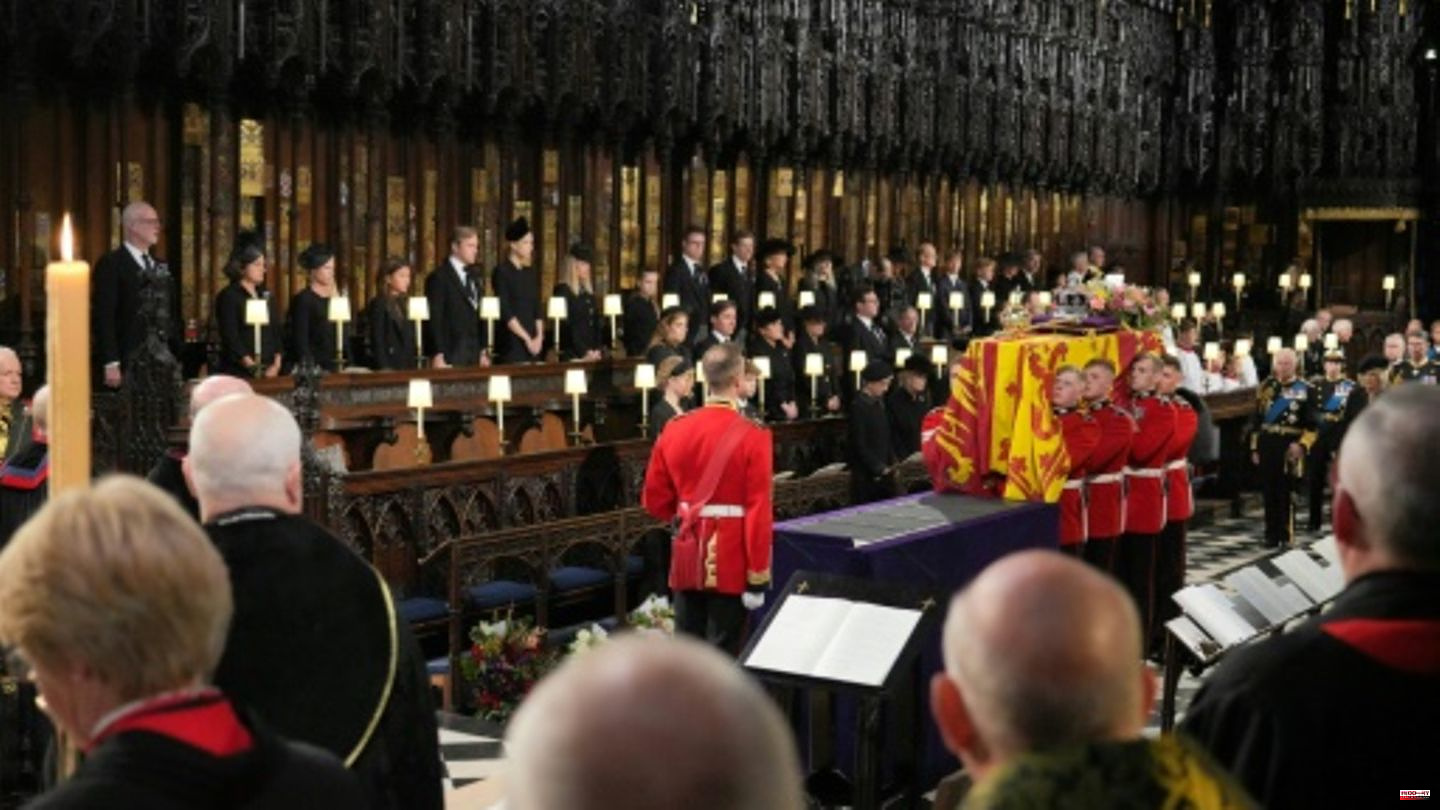 Heads of state and government from all over the world as well as representatives of royal houses and the British royal family filled the pews of Westminster Abbey at the state funeral in the morning, where the Queen was once married and crowned.

In his homily, Archbishop of Canterbury Justin Welby paid tribute to the late Queen's lifetime achievement. People who "serve with love" are rare, he said. "Leaders who serve lovingly are even rarer." Yet people would long remember the servants "when those who cling to power and privilege are forgotten."

The late Queen vowed on her 21st birthday to serve her subjects throughout her life - and did so throughout her 70-year, seven-month and two-day reign. Just two days before her death at the age of 96, the already frail Queen had appointed and received Britain's new Prime Minister, Liz Truss, and bid farewell to outgoing Prime Minister Boris Johnson.

After a trumpet call at the end of the service, the mourners and the whole country remained silent for two minutes. After the funeral service in Westminster Abbey, the coffin containing the Queen's remains was carried in a solemn procession by 142 marines on a cannon carriage to the triumphal arch of Wellington Arch.

Countless people lined the procession route, the black-clad servants of the Queen were standing in front of Buckingham Palace when the coffin was driven past. Millions of other people followed the celebrations at home on television, on large screens in all parts of the country, in the cinema or in the pub.

Many people had camped along the route since the weekend to secure a good front row seat. From Wellington Arch, the coffin made its way in a hearse to Windsor Castle, 35 kilometers away. Crowds also lined this path, throwing flowers on the track and the hearse.

Another funeral service was held in St. George's Chapel at Windsor Castle in the afternoon with 800 guests, including members of the royal family and politicians as well as Queen's employees. The "second Elizabethan age" was symbolically ended when the Queen's highest-ranking aide, Lord Chamberlain, broke his staff.

The insignia of the monarchy - crown, scepter and orb - were removed from the coffin and placed on the altar. The coffin was then lowered into the Royal Tomb to the sound of bagpipes.

In the evening, the funeral should take place in the company of the royal family and closed to the public. The Queen is buried in the King George VI Memorial Chapel. There she is reunited with her parents, her sister Princess Margaret and her husband Prince Philip, to whom she was married for 73 years.

Elizabeth II died on September 8 at the age of 96 after 70 years on the British throne. An era ended with her death, and the event triggered sadness and sympathy worldwide. The state funeral and subsequent burial marks the end of a ten-day nationwide period of mourning. The Queen's state funeral was Britain's first since the death of former Prime Minister Winston Churchill in 1965.

1 Queen's State Funeral: Event of the Century:... 2 Chief epidemiologist warns: Monkeypox in China: avoid... 3 Official: VfB Stuttgart signed ex-Dortmunder Zagadou 4 After Kahn and Brazzo: Hainer also backed Nagelsmann 5 Queen Elizabeth II: The monarch's hearse strewn... 6 Victoria Swarovski: "It can be sexy at the Wiesn" 7 Gas supply: Habeck sees a chance to get through the... 8 Nuclear and gas: conservationists want to sue against... 9 Mental health: Psychologist on the need for self-care:... 10 Oktoberfest 2022: Thanks to Botox, wrinkle-free at...