Waiting for the Supreme Court to rule after the appeal on whether it can maintain the Pontevedra pulp mill, Ence projects new investments in Galicia. 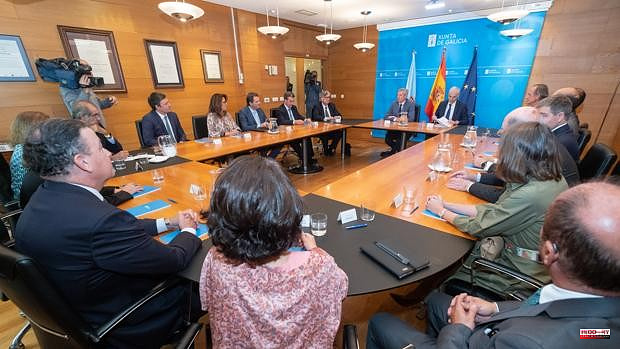 Waiting for the Supreme Court to rule after the appeal on whether it can maintain the Pontevedra pulp mill, Ence projects new investments in Galicia. The company has never considered dismantling the Lourizán plant to move it to another location in the Community, but this morning it advanced that it is studying the installation of a new biomaterials and tissue paper factory. As explained by the company in a press release, the chosen location will be the town of As Pontes in A Coruña. The new plant aims to be installed on the land that will be vacated by Endesa's thermal power plant, which is processing the closure. The Ence factory could benefit from the public aid provided for the so-called fair transition zones, in which coal is abandoned.

Ence's board of directors transferred the news to the Xunta. «We officially started the studies for a new project in Galicia. We have chosen As Pontes, where the thermal plant is currently located, to begin the study and development of a biomaterials plant that will be very innovative for Europe and for us, since it will be the first project that will not use wood as raw material”, explained the president of Ence, Ignacio Colmenares. The plant would be used for the recovery of paper and cardboard that would produce fibers, with the possibility of including virgin fiber from the Pontevedra factory in the process and that, he added, "would end up in mixed, recovered and virgin tissue paper." The factory would not be a pulp mill like the one in Pontevedra, but rather it would produce recycled natural fibres, with a consumption of natural resources (water, agroforestry by-products, etc.), capacity and dimensions much lower than that of Lourizán. "It is an independent work center with an autonomous and differentiated activity," emphasizes Ence. Colmenares insisted that it is a "complementary" project to Lourizán and "not an alternative." The Minister of Ecological Transition herself had encouraged Ence to transfer the cellulose to As Pontes after the rulings of the National High Court, which consider that it cannot continue in the Pontevedra estuary.

According to initial estimates, the investment in the new plant would be between 330 and 350 million euros. Ence calculates about 125 million for the recovered fiber plant and about 60 for the tissue paper plant. In addition, Ence considers that 150 direct jobs could be generated, another 400 related to maintenance or transport companies and "just over 1,000" indirect jobs.

The project will be carried out once the "technical, financial and economic" feasibility is confirmed. As Colmenares explained, they will have to start requesting issues such as the water connection point or electrical connection and the land must be transformed into industrial land. In any case, the president of Ence calculates that the study will take "a minimum of 12 months" and pointed out that the objective is to start building "in the middle or end of next year."

Ence's board of directors met in San Caetano with the president of the Xunta, Alfonso Rueda, and with the first vice president and minister of Economy, Industry and Innovation, Francisco Conde. The vice president showed the "commitment" of the Xunta with this project and thanked Ence for the initiative. "Ence's commitment to Galicia is a commitment of many years and that today is endorsed, not only because of its location in Lourizán, but also because of the decision to evaluate the possibility of developing a new project in Galicia," Conde said, reports Ep.

Along the same lines, Conde assured that the regional administration will accompany Ence in its needs to assess the technical, environmental, financial and economic viability of this new project. Conde also thanked Ence's "commitment" to maintaining the location of the Pontevedra plant and highlighted the "unity of action" of the company and the Xunta, in addition to "the workers, the auxiliary industry, the logistics industry, transport and the Port Authority of Marín" so that "Ence can continue its activity in Lourizán".

1 The Galician PP does not close to reforming the Statute... 2 New SER zones come into force in Madrid: these are... 3 The PP calls on Puig to put an end to his "water... 4 Airef estimates that extending the anti-crisis package... 5 Caruana against Nepo, the United States against Russia:... 6 The Diputación asks for a Faculty of Medicine for... 7 «Alejandro was always a child, in his ID he continues... 8 The new Gran Montecelo Hospital in Pontevedra will... 9 The new Minister of Education of Ximo Puig promises... 10 In July, the bill in favor of the victims of terrorism... 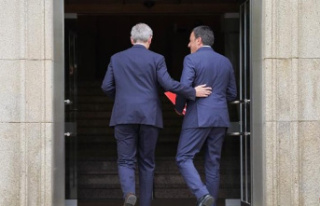 The Galician PP does not close to reforming the Statute...