Waving small flags of the United Kingdom, just over twenty thousand people enjoyed a historic concert this Saturday night: the one dedicated by great music stars to Queen Elizabeth II for her 70 years on the throne. 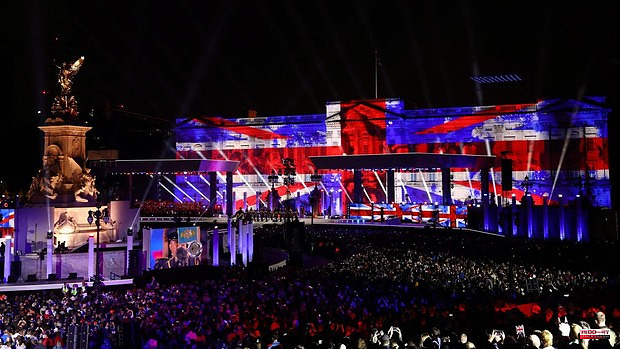 Waving small flags of the United Kingdom, just over twenty thousand people enjoyed a historic concert this Saturday night: the one dedicated by great music stars to Queen Elizabeth II for her 70 years on the throne. One of the liveliest attendees was Princess Charlotte, daughter of William and Catherine of Cambridge, who at seven years old was full of joy, talking to her mother, who was sitting next to her and moving her own flag her with joy. She was seen even more excited when her father took the stage, between some musicians and others, to offer a message in honor of the Monarch, who although at 96 years old decided not to attend the concert in person, after having also been absent from the religious service thanksgiving

on Friday and the Epsom derby on Saturday afternoon, he did show up to kick off the evening with a big surprise.

Showing off her great sense of humor, she was the star of a short film in which she seemed to be having tea with the famous Paddington bear, a classic of children's literature in England. The crowd went wild to see the Queen of her in a short film of just over two minutes with a fictional character so beloved, that even one of the most famous train stations in London is named after her. The joy of this beginning continued with the appearance of Queen, whose singer, Adam Lambert, and guitarist Brian May, who appeared on the monument to Queen Victoria just two decades after having done so on the roof of the palace for the Jubilee concert de Oro, left the audience open-mouthed from the beginning, knowing, of course, that the night was going to be once in a lifetime. Rod Stewart, among others, also passed through the three stages located in a circle in front of Buckingham Palace, who made all the attendees sing Neil Diamond's "Sweet Caroline" (accompanied loudly by Prince William and his son 8 years old, Prince George), Duran Duran, Alicia Keys, unforgettable on piano, Andrea Bocelli, who made the hair stand on end, as well as George Ezra, Craig David, a selection of cuts from West End musicals by renowned Andrew Lloyd-Webber or the Eurovisionist Sam Ryder.

The bracelets with "LED" lights that people received, along with a souvenir metal bottle of water, lit up in different colors throughout the night, making the experience even more exciting, recalling the lighters that were once lit and whose prohibition gave way to less romantic mobiles. This new technological advance on the wrists of the attendees dyed the stands in color, giving the event a magical air.

Buckingham Palace was also the perfect canvas for a fabulous technological extravagance that throughout the night was a show in itself. The "mapping" projected onto the imposing building not only textures and colors, among which were, of course, those of the British flag, but also incredible natural landscapes, as a result of the appearance of the legendary scientific communicator David Attenborough to give a message in favor of the conservation of the planet, games of lights that accompanied the sound and, of course, photographs and videos of outstanding moments in the life of Elizabeth II. A performance of "Your Song", recorded by Elton John in the Red Room at Windsor Castle, was also part of the screenings.

Later, just before the closure of the legendary Diana Ross, who appeared live for the first time in concert in British territory in 15 years, an amazing drone show in the sky put the icing on the cake of an immortal night, whose most emotional was in charge of the heir to the crown.

And it is that suddenly those of us who were close saw how Prince Charles and his wife, Camila of Cornwall, rose from the area designated for the “royals” and other personalities, among whom were Prime Minister Boris Johnson and his wife, Carrie , and minutes later he appeared on stage to address his mother, who was watching the concert from Windsor Castle. “On behalf of all of us, I wanted to pay my own tribute to your life of selfless service,” he told her, after addressing her first as “Your Majesty”, and then simply saying “mami”, a declaration of intentions and affection. very significant, especially after the convulsive years of the pandemic and the various scandals in the family, such as the departure of Harry and Meghan, who were not at the concert, from the Royal Family, or those of Prince Andrew and his accusations of abuse sexual. The hardest part, however, is undoubtedly the death last year of the Queen's husband, Philip of Edinburgh, of whom Prince Charles said he was sure he was there "in spirit". "My dad would have enjoyed the show and would have joined us wholeheartedly to celebrate everything you continue to do for your country and your people," he told the sovereign, in a heartfelt message that was, above all, the tribute of a son to his mother at a high point in his life.

The third day of the Jubilee celebrations closed like this, with the “Platinum Party at the Palace”, with a flourish. Or platinum.

1 The 'white label' opens new horizons in... 2 Mechanical workshops step on the accelerator of innovation 3 Spanish engineering marks a milestone in the Philippines... 4 Artificial intelligence learns to think green 5 "I suffered from anxiety, and couldn't find... 6 “We are experiencing the most direct and real exposure... 7 The escaped murderer from Zaragoza: "I stabbed... 8 Sánchez's 'beautiful government' to... 9 Republican states in the United States make it easier... 10 Agustín Zulueta: "We contribute about three... 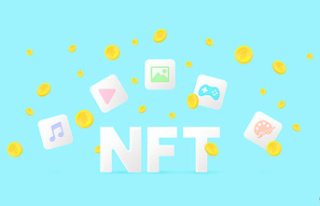