Big bang in the heart of the capital: The large aquarium at the Berlin Cathedral with a million liters of water and 1500 fish burst. 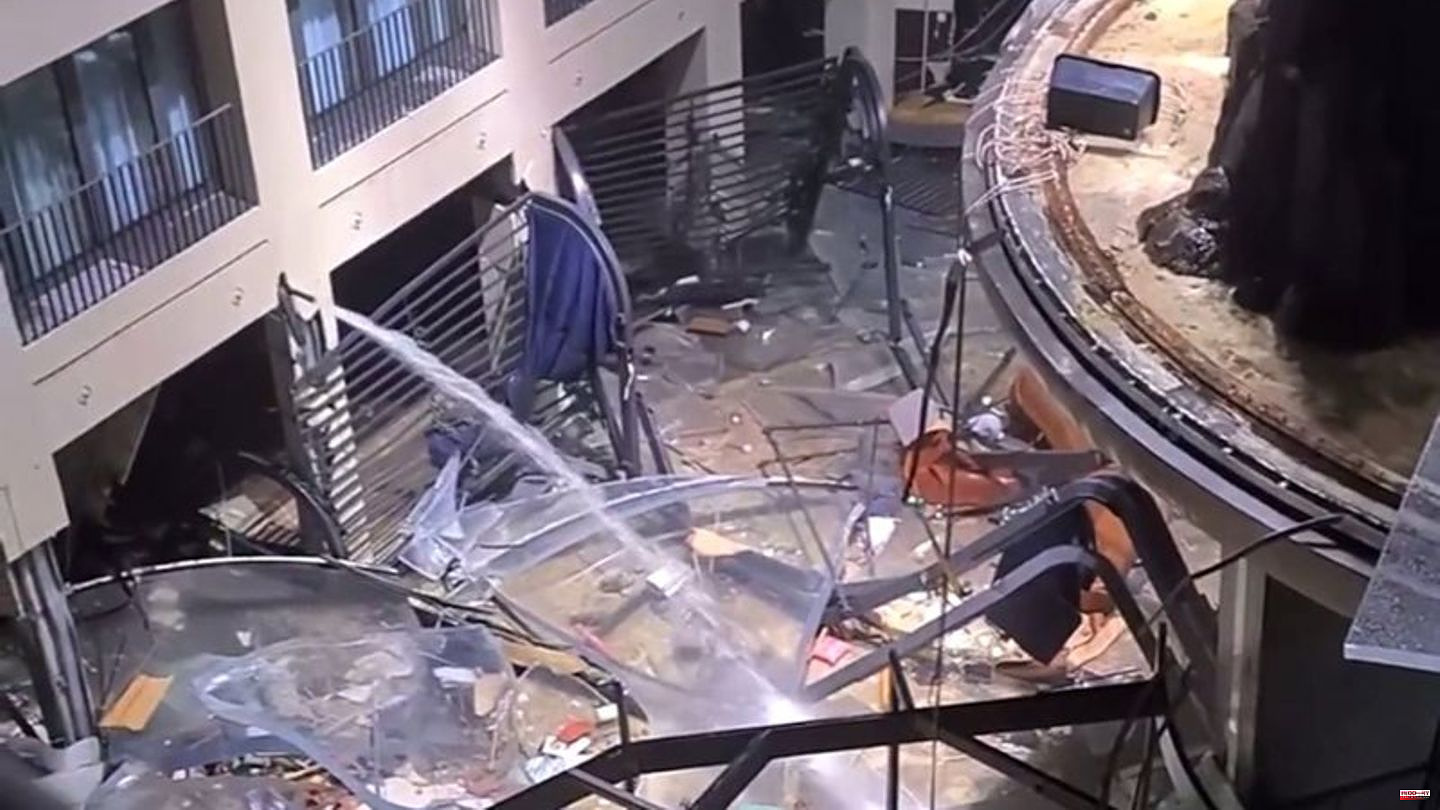 Big bang in the heart of the capital: The large aquarium at the Berlin Cathedral with a million liters of water and 1500 fish burst. Parts of the surrounding hotel were destroyed on Friday morning. According to the police, there were initially no indications of a targeted, violent attack. Instead, material fatigue is suspected in the 16 meter high Aquadom. According to police, two people were injured and taken to the hospital.

Berlin's governing mayor Franziska Giffey (SPD) spoke of immense destruction at the scene of the accident. "It's a veritable tsunami that has spilled over the hotel premises, the adjacent restaurants," Giffey said. There was great damage. But Berlin was very lucky, Giffey emphasized: "If the whole thing had happened just an hour later, then we would have to report terrible human damage," she said, speaking of "luck in misfortune".

Structural engineers would now have to check the security of the buildings. A lot of water ran into the sewage system, but also into the basement and neighboring facilities - such as the GDR Museum. Giffey expected "major demolition work." In addition, it must be examined how the accident happened. "The Aquadom has just been renovated," said Giffey. The police spoke of a very loud noise or a bang that could be heard. The fire brigade received an alarm from an automatic fire alarm in the hotel at 5:43 a.m. Parts of the facade of the hotel in which the aquarium was located flew onto the street. Large amounts of water poured into the street. The police and fire brigade have been on duty since the morning, each with around 100 people.

The company that owns the Aquadom was "dismayed by the accident". The reason for the bursting of the huge cylinder is still "completely unclear," said Union Investment spokesman Fabian Hellbusch on Friday. "We are currently trying to get a more accurate picture of the situation and the damage caused in coordination with the police and fire brigade on site."

The Sea Life company was also "dismayed" and called for speculation to be refrained from "until the background to the accident has been clarified". Sea Life operates a large aquarium in the affected hotel building. A visit to the now destroyed Aquadom could also be booked via the Sea Life website.

According to the operators, the Aquadom was the "largest, cylindrical, free-standing aquarium in the world", a well-known attraction in Berlin. It was an acrylic glass container 16 meters high and 11.5 meters in diameter. Visitors could ride through the interior of the aquarium in an elevator.

Was the glass no longer able to withstand the masses of water?

The cause could be material fatigue: "Of course, the investigation into the cause has not yet been completed, but the first signs point to material fatigue," said Berlin's Interior Senator Iris Spranger (SPD) on Friday of the German Press Agency. According to the police, there were initially no indications of an attack: "Not at all at the moment," a police spokesman replied to a question. According to the fire brigade, the giant tank with a million liters of water was destroyed very quickly. "If the aquarium is defective, it bursts suddenly," said a spokesman for the fire brigade. "It's not a small crack from which the water is leaking, but the entire aquarium suddenly burst." All of the 1,500 or so fish that lived there are no longer in the water.

According to the fire brigade, a large part of the water probably ran through the doors on the ground floor onto the street and there into the gullies. Not much water was found in the basements. The destroyed ground floor was searched for people with rescue dogs.

Because of the severe damage, the guests of the surrounding hotel also had to leave the building, as a spokesman for the fire brigade said. Almost 300 people were still in the hotel.

Explosion-like bang in the early morning

Guests of the hotel in Berlin-Mitte unanimously reported an explosion-like bang. This happened between 5:30 a.m. and 5:45 a.m. "We were really scared," said a young woman from the German Press Agency.

Karin Wicki and Sandra Hoffmann from Switzerland described: "Everything is destroyed in the interior. There are dead fish. All the furniture is destroyed. The windows are destroyed. Shards of glass everywhere." They were only informed shortly before 9 a.m. that they had to leave the hotel.

In the past, too, aquariums had occasionally burst - albeit not as huge as they are in Berlin. In December 2012, for example, the glass several centimeters thick in an open-air shark tank in a shopping center in Shanghai, China, ruptured. 16 people were injured. The cause was probably a combination of sub-zero temperatures, warm water and weak material.

The Berlin Aquadom was reopened in 2022 after construction work. In June it was said that the operation and the biological management are the responsibility of the BGG (Berlin Society for Large Aquariums). 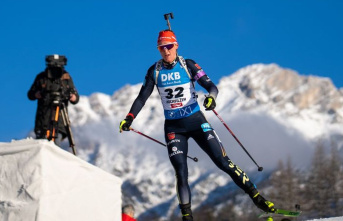