The large aquarium at Sea Life near the Berlin Cathedral with a million liters of water and 1,500 fish has burst. 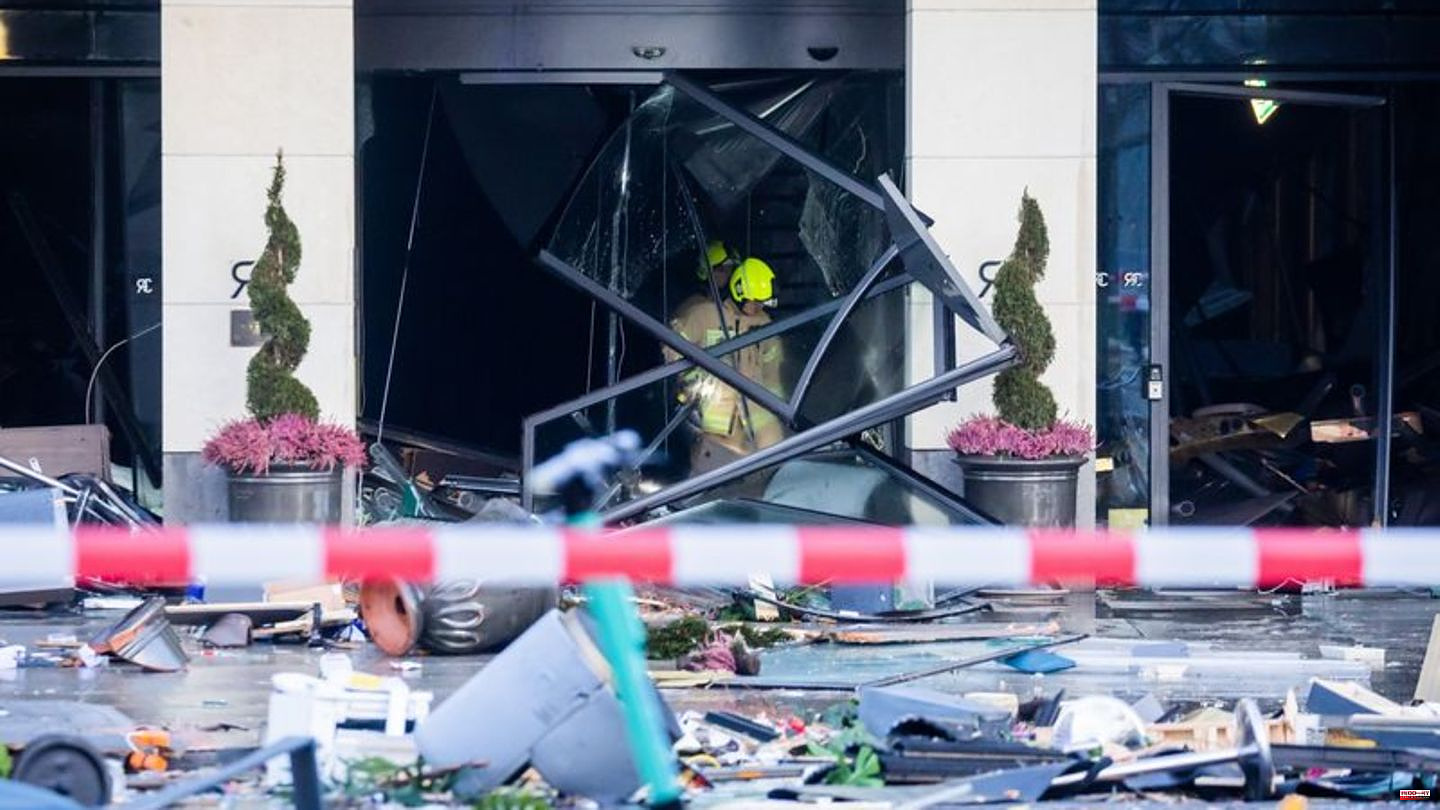 The large aquarium at Sea Life near the Berlin Cathedral with a million liters of water and 1,500 fish has burst. Parts of the surrounding hotel were destroyed. According to the police, there were initially no indications of a targeted, violent attack. Instead, material fatigue is suspected. According to police, two people were injured and taken to the hospital.

The police spoke of a very loud noise or a bang that could be heard. The fire brigade received an alarm from an automatic fire alarm in the hotel at 5:43 a.m. Parts of the facade of the hotel in which the aquarium was located flew onto the street. Large amounts of water poured into the street. The police and fire brigade have been on duty since the morning, each with around 100 people. Because of the severe damage, the guests of the surrounding hotel also had to leave the building, as a spokesman for the fire brigade said. Almost 300 people were still in the hotel.

It was initially not known whether the two injured were employees of the hotel where the aquarium was located or whether they were hotel guests.

According to the operator, the Aquadom in Sealife was the "largest, cylindrical, free-standing aquarium in the world", an attraction in Berlin well-known to many tourists. It was an acrylic glass container 16 meters high and 11.5 meters in diameter. Visitors could ride through the interior of the aquarium in an elevator.

However, the first signs point to material fatigue

The cause could be material fatigue: "Of course, the investigation into the cause has not yet been completed, but the first signs point to material fatigue," said Berlin's Interior Senator Iris Spranger (SPD) of the German Press Agency. According to the police, there was initially no evidence of an attack. The company Sea Life has expressed "dismayed". The company is currently trying to get more information from the owners of the Aquadome, Sea Life said. Sea Life called for refraining from speculation "until the background to the accident has been clarified". According to Sea Life, the Aquadom does not belong to the company.

Debris lies on the street in front of the hotel where the aquarium is located.

According to the fire brigade, the giant tank with a million liters of water was destroyed very quickly. "If the aquarium is defective, it bursts suddenly," said a spokesman for the fire brigade. "It's not a small crack from which the water is leaking, but the entire aquarium suddenly burst." All of the 1,500 or so fish that lived there are no longer in the water.

The veterinarians are now concentrating on rescuing the remaining animals in the basement of the hotel building. "Now it's a matter of evacuating them quickly," said Almut Neumann, environmental councilor of Berlin-Mitte, the German Press Agency. About 400 to 500 smaller fish are in aquariums under the lobby where the destroyed "Aquadome" was. The vessels are currently not supplied with electricity. "That's a problem. The fish in the aquarium need electricity to supply them with oxygen."

Guests of the hotel in Berlin-Mitte unanimously reported an explosion-like bang. This happened between 5:30 a.m. and 5:45 a.m. "We were really scared," said a young woman from the German Press Agency. Initially, there was no information from the hotel, several guests said. The reception could not be reached via the landline. "After 8 a.m. the information came that we had to get out." "You could see the whole thing was falling apart," said a young hotel guest.

Karin Wicki and Sandra Hoffmann from Switzerland described: "Everything is destroyed in the interior. There are dead fish. All the furniture is destroyed. The panes are destroyed. Shards everywhere." They were only informed shortly before 9 a.m. that they had to leave the hotel.

Berlin's governing mayor Franziska Giffey (SPD) spoke of immense destruction. "It's a veritable tsunami that spilled over the hotel premises and the adjacent restaurants," says Giffey at the scene of the accident. But Berlin was very lucky, she emphasized: "If the whole thing had happened just an hour later, then we would have to report terrible human damage," she said, speaking of "luck in misfortune". "I would like to thank the emergency services for their commitment and I wish the injured a speedy recovery."

1 Aquadom burst: "Maintenance and care is not in... 2 Final: World Cup final Messi against Mbappé: And... 3 World Cup: Men's Super-G in Val Gardena canceled... 4 Author: Literature Council "dismayed": Wulf... 5 Margot Robbie: She surprises in a mini dress with... 6 Off is in the room: Negotiations are ongoing: Amazon's... 7 12 billion missing: D-Mark treasure in the garden... 8 Netflix documentary: Prince Harry: 'I think my... 9 Netflix documentary: "We had planned this for... 10 Recipes for the festival: duck knuckles, roast venison... 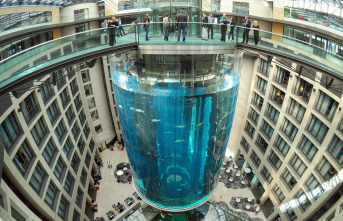 Aquadom burst: "Maintenance and care is not in...