Elia Barceló is a reference in science fiction literature. 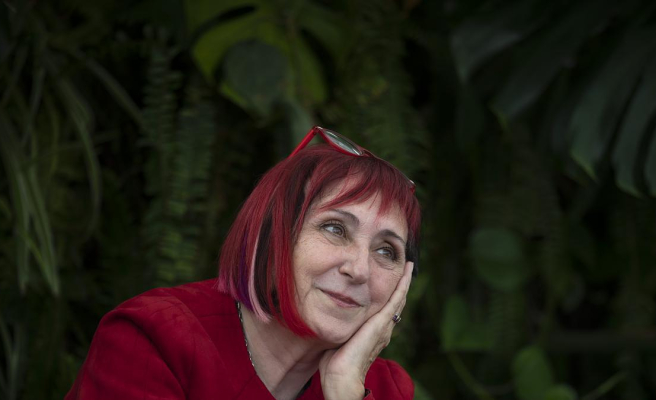 Elia Barceló is a reference in science fiction literature. He also from the blackest novel. Last year she immersed herself in horror and the darkest noir with The Silver Night, an investigation into the disappearance of young girls in the Viennese winter. Barceló has now wanted to change the third and has returned to the light of the Mediterranean for his new novel, Death in Santa Rita (Roca Editorial), where there is no lack of mystery and intrigue, where there are also echoes of the past, but which is above all a vindication of friendship and community life.

Greta just broke up. Her husband, a prestigious German doctor, has retired and living together becomes unbearable for her. To put land in the middle, she decides to stay for a while at the house of her aunt Sofía de ella, a writer of mystery and romantic novels who is about to turn 93. Greta, who translates her aunt's work, leaves cold Germany for the seaside resort of Sofía, near Elche, where the veteran writer lives with a motley group of people of various ages who, like her, enjoy the outdoors and the common life.

"I have written a novel of everyday life in which there is a crime to see how people react," explains Barceló in an interview with La Vanguardia in which he exudes sympathy. The writer herself defends the viability of "a community of these characteristics, which works because there is a clear owner, Sofía". "If the group were managed with democratic norms there could be problems, but in Santa Rita Sofía rules, she has money and has no children, so she imposes rules that her tenants abide by," she adds.

The members of Santa Rita have the independence that their room gives them, but they can enjoy the company of the rest of the group at dinners and lunches and take advantage of life outdoors in a large estate near the sea that was once a Spa and that Sofia inherited from her father. Barceló explains that the place was invented, which in the novel is also called La Casa 'Las Locas', but that "in that area there was an old asylum that is now in ruins."

That place is also a vindication of friendship, which "is a great value at all ages, many times higher than that of a couple, because it gives more freedom and does not cause economic or legal dependencies, as it is based solely on appreciation, for this reason, inhabitants of Santa Rita are a big family".

A series of very strong women swarm through this great family, such as Sofía, Greta, Candy, a trusted employee for a lifetime, or Lola, the police officer who investigates the inevitable murder that convulses the peaceful coexistence of Santa Rita. Barceló wants to "vindicate women of a certain age, because it seems that if you are not young and sexually attractive, you get in the way." "Women, after menopause, have 35 years of life left, loves, projects and many other things, that's why I have older characters who have a past and a lot to tell."

"Women have to be given examples of something other than Prince Charming," says Barceló, and that is "the case of Sofía, who has been very free" and also very happy, because "we have to discard the idea that if If you don't find your better half, you're going to be lame all your life when there are other types of relationships that work very well".

Despite that, Barceló did find his better half many years ago. She met her husband, an Austrian professor, in Paris in 1976. The writer herself moved to Vienna where she has devoted herself to teaching Spanish literature and creative writing. She and she also write, because "when I write I am happier and a better person". There could be no better reason to continue with literature and Barceló does not intend to leave it, because Santa Rita is going to become a series "in which the cases of the past and the present are mixed and the stories and secrets of its population".

1 Full immersion in Quevedo's poetry 2 The PSC would win the Catalan elections and the pro-independence... 3 60% are committed to maintaining dialogue with the... 4 red phone 5 The open veins of United We Can 6 The CNI investigated the formation of a government... 7 Ukraine wins the Eurovision Song Contest 2022 8 Criminals break into the house of the Chilean Defense... 9 North Korea registers 300,000 COVID-19 positives in... 10 More than 70 planes will fly over London for Queen... 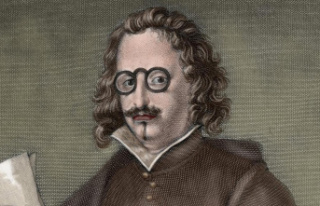