Electoral survey: the PP is once again the most voted in Valencia and could govern the City Council with Vox

The Popular Party would once again be the most voted and would have options to recover the Mayor's Office of Valencia with a pact with Vox if municipal elections were held today. 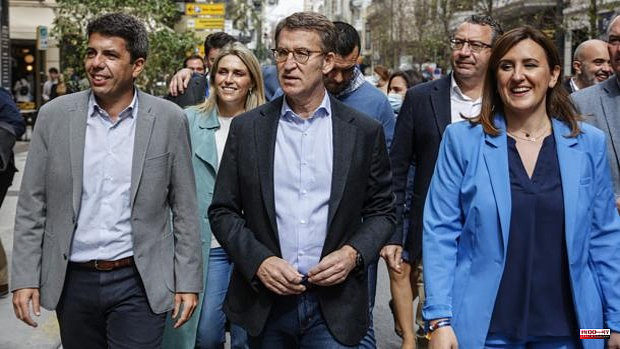 The Popular Party would once again be the most voted and would have options to recover the Mayor's Office of Valencia with a pact with Vox if municipal elections were held today. This follows from the survey prepared by Sigma Dos for «Las Provincias». The poll predicts maximum equality between the right and left blocs just one year after the elections are held.

Thus, the PP, with María José Catalá at the head, would achieve 29.4 percent of the votes and would reach eleven councillors. The survey gives Vox more than fifteen percent of the votes and a range of between five and six mayors. Santiago Abascal's party fishes in the Ciudadanos electorate, which according to the poll published this Wednesday by "Las Provincias" would be left without representation.

The absolute majority in the Valencia City Council is set at seventeen councillors.

The Consistory is key to the results of the regional elections, for which the polls also show a particularly close result in the fight for the Presidency of the Generalitat.

The PP trusts that Valencia will once again be the catapult to return to the regional Executive with Carlos Mazón at the helm and to Moncloa with Alberto Núñez Feijóo.

In this regard, the Sigma Dos survey indicates that Compromís, whose local leader and current mayor, Joan Ribó, has not clarified whether he will stand as a candidate in next year's elections, resists with 27.7 percent of the support and maintains its ten mayors.

Sandra Gómez's PSPV-PSOE, with which Compromís governs the city, would back down and could lose a seat in the municipal chamber, where it would be left with between six and seven councillors. Podemos, for its part, would remain outside the City Council of the third capital of Spain by reaping only three percent of the votes.

1 They locate a 90-year-old man who disappeared in Nebreda... 2 They identify an 8-year-old girl who jumped "to... 3 Magán closes its youth and children's soccer... 4 Katie Britt, U.S. Rep. Mo Brooks in Alabama Senate... 5 After Wall St's further decline, Asian stock... 6 Unemployment up very slightly in April, a first for... 7 Ukraine: Brussels wants to facilitate the confiscation... 8 Ukrainian cartoonists take over Charlie Hebdo 9 At what age is it legal to carry a gun in the United... 10 PS Plus Premium's Horizon Forbidden West Trial... 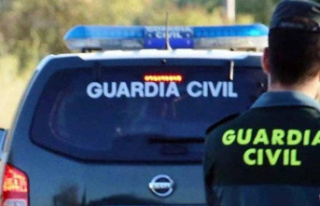 They locate a 90-year-old man who disappeared in Nebreda...