Elections in Colombia: Petro, the power of change that the country needs?

Although many people do not like it and others find it unimportant, Gustavo Petro Urrego (1960) is one of the most important political figures in Colombia in the 21st century. 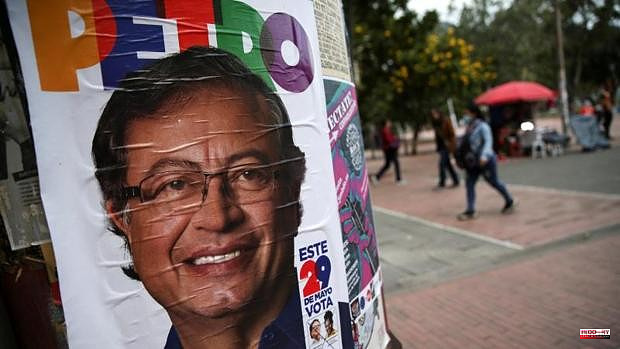 Although many people do not like it and others find it unimportant, Gustavo Petro Urrego (1960) is one of the most important political figures in Colombia in the 21st century. And, yes, one of the ones that unleashes the most reactions just by naming it.

Economist, former guerrilla, exiled, representative to the Chamber in 1991 and twice senator. Master of Economics, with a specialization in Environment and Development. Eternal leader of the opposition and now of the largest caucus to Congress in the history of the national left. Personero (representative) and Councilor of the city of Zipaquirá; Mayor of Bogotá (2012-2015, with a year out of office due to a controversial dismissal), and the same one who uncovered the Odebrecht case in Colombia.

Reader, scholar of those who quote authors; slow when speaking and sometimes eternal, although fast when haranguing the public square.

However, Gustavo Petro is especially known for two emblematic cases that marked a milestone by making evident the degree of rottenness to which the country reached: the denunciation of parapolitics, for which 51 congressmen lost their investiture and went on to sit on the podium judicial to explain their links with paramilitary groups and actions; and that of the “false positives”, as the murder of young people at the hands of the army is known to meet defined quotas and earn some benefits.

Petro has waged more war outside the guerrillas than he did in his days as a revolutionary. Then, from underground, with a worn M-19 flag plastered on the wall, a young Petro speaks slowly with journalist Daniel Coronell to explain that the objectives of his struggle are "social justice, peace for all and true democracy." .

Generally speaking, nothing has changed; it has evolved. And that is why throughout this second presidential campaign (the previous one he lost in 2018 against Iván Duque), but especially in recent weeks, after shaking the public square with a challenging and provocative language that summons and seduces thousands of people and frightens thousands more, has gone on to meet with the business associations, the most powerful bankers in the country, international delegates and diplomats, and in general with the representatives of the ruling class, to explain his program to them and, although not get their votes, at least give them some confidence.

Petro is a political animal who has matured. Waiting four years to fight vote by vote again for the presidency of Colombia has allowed him to refine his proposals, grade the effectiveness of his words according to the audience, strengthen his gestures and tone to criticize those he considers to be the cause of the crisis he is experiencing. the country. And he is also the only one who has collected in his favor the discontent of the youth and the social protest of last year; he is the one who has set the agenda of the presidential debate launching risky proposals, although more than one is difficult to fulfill.

That is why he promises that his will be the change of the productive model, of the tax regime for the richest; change, maintaining independence, in the Bank of the Republic, change in the Police, to make it an institution under civilian control; change in the policy towards Venezuela, change in the pension system, in the health system, in the educational system; change in drug policy; change to subsidize the importation of agricultural inputs and purchase of crops by the State, and more changes.

In addition to resources, this requires good administration and much better leadership than its management by districts. Voluntary, with little capacity to listen, even to his own team or to the control entities, his administration ended up with 35% support, many fissures and legal or economic disasters due to the change in the garbage collection model, for handing over a contract for the maintenance of roads, to reduce public transport fares and increase the costs of its sustainability. In his favour, the great boost he gave to the social and inclusion agenda.

Four years ago, on the eve of the presidential election that he lost to Iván Duque in an interview, Petro said: "If I manage to unleash passion in the popular world, I will be president." On June 19, when the second presidential round is closed, we will know.

1 Environment. Extinction Rebellion blocks Stocamine... 2 More than 3,000 runners dye the Castellana with the... 3 Tudanca, before the municipal: "We have no right... 4 Murders, rapes and prostitution: the criminal face... 5 Fair Trade Festival in Valencia: program of activities... 6 The Netón of the 'green berets' or the... 7 Mazón: «The left is incapable of understanding that... 8 Paula Prado, one year after the municipal ones: "Every... 9 The families of Villa de Pitanxo will sue the boss,... 10 Spain will send 100 more soldiers to Latvia with the... 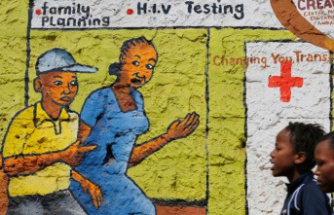 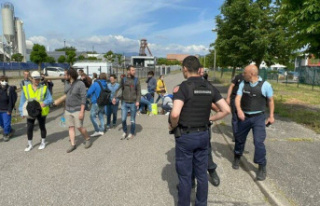