El Herreriano proposes a rereading of the Sandretto Collection 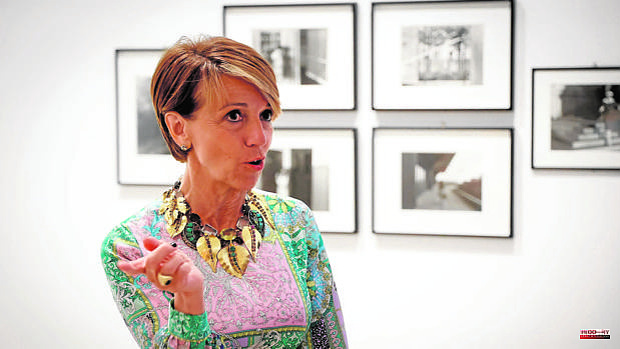 Ten. Twenty. Thirty. Three happy anniversaries such as the ten years of Bodegas Abadía Retuerta, the two decades just completed by the Patio Herreriano Museum and the three of the Sandretto Re Rebuadengo Collection have made 'Una Revelation' possible, a great exhibition that from this Friday hosts four rooms of the Valladolid museum, which together with the Andalusian Art Center (CAAC) has proposed to make a rereading of what is the largest European collection.

"Our duty is to tell things, establish narratives, propose stories and that is what we wanted with this staging," explained the director of the Patio Herreriano Museum, Javier Hontoria. It was last December, when Juan Antonio Álvarez Reyes, director of the CAAC, traveled to Turin, the main headquarters of the Foundation promoted by Patrizia Sandretto, with the idea of ​​planning a simultaneous exhibition "that would give good faith of the caliber and scope of the exhibition ».

The exhibition focuses on four themes: mise-en-scène; the role of women in art; the relationship between analog and digital, and ambivalence as the seed of all creation. Thus, references to staging such as those by Cindy Sherman or Philip Lorca-di Corcia are the protagonists of room 3, while the most vindictive works by artists such as Babette Mangolte, Rosemary Trockel or Sarah Lucas weave together the discourse of room 4, dedicated to art with a woman's name.

The dichotomy between analog and digital in contemporary creation is the focus of room 5, where Andrea Tizzel's objects dialogue with the reflections on this material proposed by Magali Reus, while room 8 puts the climax by doing hard, based on the works of Mark Menders, Jeff Wall or Sharon Lockhat, in "the many readings" that creation has.

During the opening of the exhibition, Patrizia Sandretto has valued the work done by both curators in the selection of works and has considered that "it is always very interesting to see the collection in other contexts and places": "The works have been seen in Ecuador, France and England, but it has been incredible how they have worked on this occasion", he pointed out.

The Italian patron has located the origin of the collection three decades ago in London, when she began visiting galleries to meet artists of her generation, a work that continued in Los Angeles and many other parts of the world to this day, which has allowed to enlarge the size of it, as well as to have "a very broad vision of contemporary art".

“It is the collection of my life”, he has meant. For her part, the Councilor for Culture and Tourism, Ana Redondo, celebrated this "high-rise project", which through its dual headquarters -Patio Herreriano and CAAC- enables "an artistic dialogue between two cities of great interest". The exhibition can be seen until November 1.

1 2022 work calendar in Valencia: where is the holiday... 2 Journey to the bottom of the 'hole of horror',... 3 An 18-year-old boy stabbed at the La Peraleda fairgrounds 4 Two injured by cuts after a group fight at dawn in... 5 The Bulgarian national team borders on tragedy on... 6 These are the best beaches and coves in Valencia,... 7 Von der Leyen returns to kyiv a few days after the... 8 Le Mans excludes a driver from the 24 Hours for not... 9 Myanmar leader requests Cambodia to reconsider executions... 10 Macron is important because France's parliamentary... 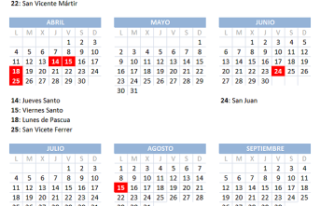 2022 work calendar in Valencia: where is the holiday...