The female crews completed the first day of the third edition of the 'EKP International Women's Sailing Cup' in the J80 class in the Biscayan waters of the Abra. 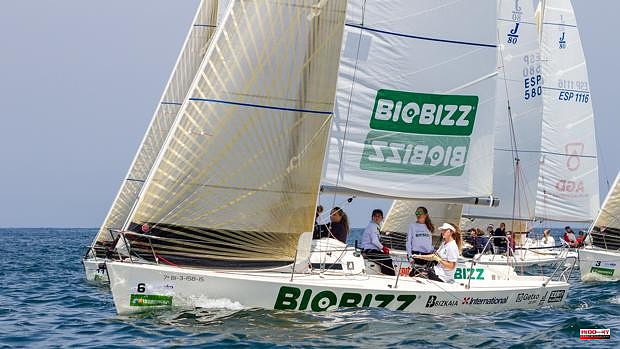 The female crews completed the first day of the third edition of the 'EKP International Women's Sailing Cup' in the J80 class in the Biscayan waters of the Abra. It was held with light winds of 7 to 8 knots from the northwest, with good weather and sun at the start and a strong storm at the end, with Biobizz as the first leader of this championship, the Dorsia Covirán Sailing Team -winner of the two previous editions- in second position, Decoexsa third and Fhimasa fourth.

This test, sponsored by Euskadiko Kirol Portuak, is one of the great events of the sport of sailing that will take place in Getxo during the coming months. The first of the three routes of this third edition was won by the 'AGD Desamiantados' from Palma de Mallorca, skippered by Helena Alegre and with Cati Darder as owner.

Second was the Fhimasa Women's Team, from the José Luis de Ugarte Sailing School, led by Daniela Voss, with the favorite Dorsia Covirán Sailing Team led by Olympic medalist Natalia Via-Dufresne in third place. The winners of the second round were the girls from Biobizz, from the Real Club Marítimo de Santander, with Dorsia Covirán second and Fhimasa from Biscay again among the best with a meritorious third place. Already in the third and last round of the day, shortened, Olatz Muñoz's Decoexsa won, with Biobizz second and the Mallorcan AGD third.

This test is included in the Women's Sailing League promoted by the Royal Spanish Sailing Federation, the Real Club Marítimo del Abra-Real Sporting Club, the Real Club Náutico de Palma and the Monte Real Club de Yates de Baiona with the collaboration of the Regional Federations venues for the regattas. The first is this III EKP International Women's Sailing Cupa in the Abra. This Sunday marks the second and final day of a competition that promotes, for the third year in a row, the navigation of female crews and the promotion of their leadership. The emotion will be present because the leader Biobizz has 8 points, the Dorsia Covirán Sailing Team -winner of the two previous editions- is in second place one point away and Decoexsa and Fhimasa are third and fourth, three points behind the first classified .

The 'III EKP International Women's Sailing Cup' is organized by the Real Club Marítimo del Abra Real Sporting Club, with the collaboration of the Getxo City Council, the Provincial Council of Bizkaia, and the Royal Spanish Sailing Federation together with the Basque and Biscayan Federations de Vela and the Association of Owners of J80 of Spain.

1 The opposition is inside 2 The Eurovision pain is back 3 Predictable democracy 4 Spying, a lifestyle 5 Ulster and the back door 6 At the gates of paradise 7 Two kisses on the cheek, yes or no? 8 Out of the box! 9 Head cut 10 predictable democracy 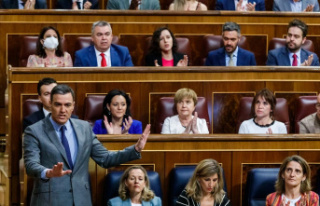 The opposition is inside