The Germans, executioners of Betis and Barça, are proclaimed champions after beating Rangers on penalties. 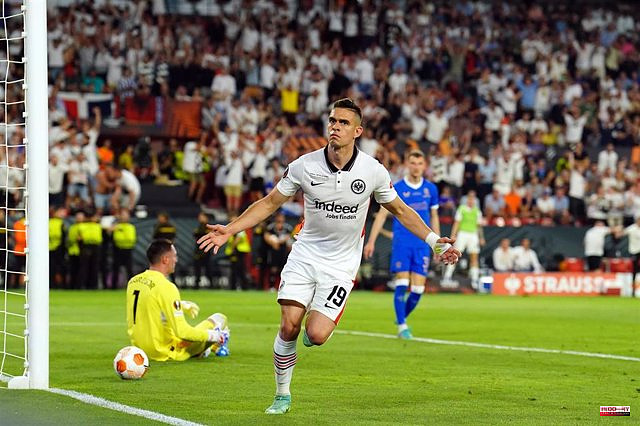 The Germans, executioners of Betis and Barça, are proclaimed champions after beating Rangers on penalties

Eintracht was proclaimed champion of the Europa League after beating Rangers (1-1 and 5-4) on penalties and extending their idyll with Spain this season in which they have eliminated Betis and Barcelona, ​​completing their feat by winning the title at the Ramón Sánchez-Pizjuán, the temple of this competition.

At the home of the most successful club in the Europa League, Eintracht became champions but had to suffer greatly and wait until midnight to find out their plans. Oliver Glasner's pupils went from less to more, they knew how to straighten out the game in time, and defined on penalties with a great save by Kevin Trapp.

The Eintracht goalkeeper was key minutes before, in extra time, by avoiding a goal sung by Kent in a shot from close range. Already in the round he emerged as the hero who had announced the final minutes of the game. And that the night had started more than well for the Scots, wanting to end the homeland drought in Europe.

Not since 1983 has a Scottish club won an 'Old Continent' title and it will be like that for another season. Aribo was the most active in Gio van Bronckhorst's team and soon put the German defense in trouble; Lundstram was also close with a header that went high. The Germans, more timid than usual, grew little by little.

Knauff gave war at the beginning and also the tireless Kostic, who was vital in the gear of the Germans. But it was not until Rangers scored that Eintracht's effectiveness awoke. Aribo put the Blues ahead after taking advantage of a slip by Tutta; and Santos Borré leveled the match showing his goalscoring instinct.

The former Villarreal player put the toe between the center-backs and blew up a Pizjuán that was beginning to glimpse extra time. Neither Tavernier nor Kent -already in the extension- could change a 1-1 that unbalanced the penalty shootout and that stop by Trapp to the jinxed Ramsey. The title travels to Frankfurt, the second in its European history after UEFA in 1980.

1 Two 'classics' fight for the throne of Efes 2 Law on firearms: the tone rises between Trudeau and... 3 Bryson DeChambeau withdraws from PGA Championship 4 The hour of pride and commitment 5 Eintracht beat Glasgow Rangers on penalties to win... 6 Cochlear 7 Europa League: Kevin Trapp offers the coronation to... 8 nuclear mushroom 9 Where are they? 10 Coalitions are division of powers 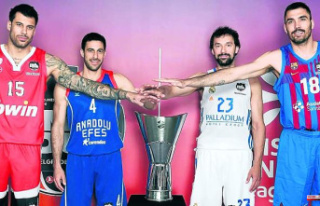