Eintracht and Rangers look for European glory in Pizjuán. 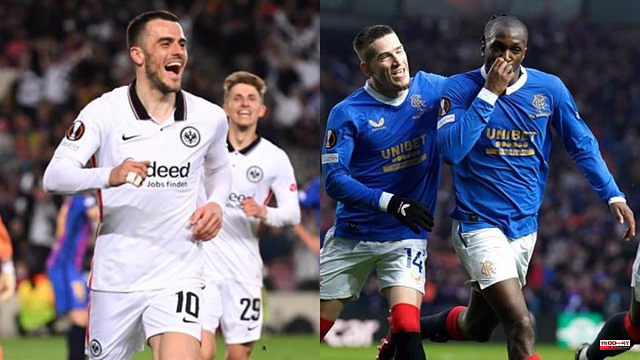 With the Germans the slight favourites, the Scots will want to make the most of their surprise team status in an unexpected final

Eintracht and Rangers meet this Wednesday (9:00 p.m.) in the final of the Europa League with an old flavor, in which it will be the last step before touching the European sky for two teams that have broken the forecasts and, in the Ramón Sánchez-Pizjuán, will seek to complete their ambition and enthusiasm as candidates with a title that would be historic for both teams.

The German team starts as the slight favorite before the initial whistle. And much of the blame rests on his solid and surprising run to the final, leaving several of the most serious contenders to lift the title on the way. Their great group stage, which ended undefeated, allowed them to avoid the round of 32, facing Betis in the round of 16, in a really tough tie for both teams.

Eintracht managed to beat the Spanish team 1-2 in the first leg played at the Benito Villamarín, breaking the predictions and showing that they would be a very difficult rival to beat. One that they managed to defend not without suffering in the second leg in Germany (1-1) to advance in their dream towards the trophy. And the real turning point came in the quarterfinals against FC Barcelona, ​​when the Germans, who came out of the first leg alive (1-1), stormed the Camp Nou (2-3) with more than 30,000 fans dyeing it white the azulgrana feud.

Quite a blow to the table to win the prominence that has extended to the final, charging a Barça with many ballots to win the title based on youth, courage and self-confidence in equal parts. Some ingredients that also combined wonderfully in the semifinals against West Ham, another tough candidate that he left on the way to Seville, whom they eliminated after winning the two games of the match (1-2 and 1-0).

With these credentials, the German team dreams of raising a Europa League that they have not won for 42 years, when in the 1979-1980 season they achieved the only European title that they can see in their showcases by beating Borussia Mönchengladbach thanks to away goals (3 -3 overall). And it is that history is also a weighty argument to tip the balance on the German side.

Serbian Filip Kostic will be a real headache for the Scottish defense down the left lane, with his always dangerous crosses and scoring version. In a team led by Oliver Glasner, who also has the speed of Kamada, the team's top scorer in the competition (5), and the success of a connected Rafael Borré.

On the other side will be the even more unexpected contender for the Scottish Rangers title. However, and against all odds, it has sneaked into the final in Seville, the second in the history of the club, which in 2008 came close to the title in the final that it played in Manchester against Russian Zenit, which ended up lifting the trophy (2 -0).

The team now led by the Dutchman Giovanni van Bronckhorst began the season with a severe setback when they were eliminated from the previous rounds of the Champions League against Malmo. A hard blow from which he firmly recovered by charging colossi in the second European competition. However, their start in the group stage was bleak, eventually advancing as runner-up to the round of 32.

And their rival in that round was the threatening Borussia Dortmund without Erling Haaland, a team that came from the Champions League, but Van Bronckhorst's men were better in chaos and madness to win 2-4 at Signal Iduna Park, a result that They defended tooth and nail in the second leg (2-2) to get rid of the 'borussers'.

The Scots proved that they could look any adversary face to face, with nothing to lose and everything to gain. His next victim was Red Star, against whom he sentenced the crossing in the first leg in Glasgow thanks to a clear 3-0. In the quarterfinals, the Portuguese Braga got in the way of Rangers, a much more affordable rival a priori. And it was in the semifinals when Van Bronckhorst's men took off the 'cinderella' sign by eliminating the German Leipzig to continue with their particular 'fairy tale'.

Tavernier will be the player to keep in mind in the Scottish team, thanks to his seven goals in the Europa League. However, he arrives with the losses of Hagi, Helander, Ofoborh and Morelos. The goal of the Scots will be to bring out their best version, characterized by rocky and direct play, to suffocate Eintracht in the Pizjuán final, which will host their third major European final, the first since 2003.

1 8 activities accessible by public transport to do... 2 The opposition manufactures a controversy after Rueda... 3 The Civil Guard receives the first 150 stun guns and... 4 Ajofrín bets on outdoor sports with a climbing wall 5 The unique platform, in the remodeling of the Plaza... 6 The exhibition 'Ella', dedicated to the... 7 Summary of Tomorrow belongs to us episode 1188 of... 8 Rafa Nadal trains normally in Paris 9 The Ukrainian flag at the top of Everest: “the whole... 10 A Michelangelo nude sold for $31 million in Paris,... 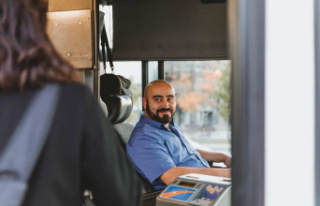 8 activities accessible by public transport to do...