The Criminal Court number 3 of Valladolid has imposed a sentence of eight months in prison for the crime of animal abuse to the computer soldier Luis E. 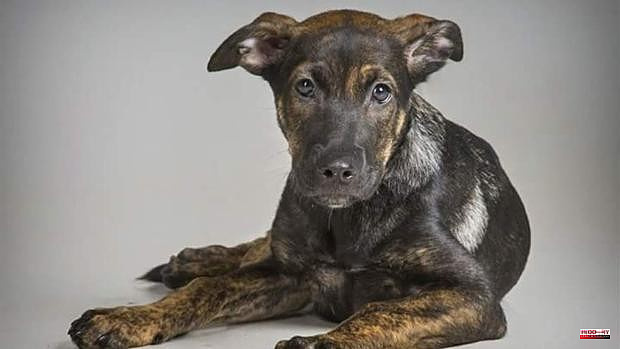 The Criminal Court number 3 of Valladolid has imposed a sentence of eight months in prison for the crime of animal abuse to the computer soldier Luis E.M. He thus considers him guilty of the death of his dog Cooper at the end of August 2018, when he introduced a rag to his trachea that caused him to possibly suffocate.

In his sentence, the judge accepts the request that had been made in this regard by the prosecutor in the case, so that he is sentenced for the aforementioned crime, with the mitigating factor of psychic alteration. In addition to the eight months in prison, he disqualifies him for two and a half years from any profession, trade, trade or possession of animals, according to what legal sources informed Europa Press.

The court acquits the defendant of a continued crime of animal abuse and sentences him to pay half of the costs generated by the Defaniva entity, one of the two popular accusations that had appeared in the process, since the other, Libera, did not had requested the imposition of costs.

In addition, the judge resolves to acquit the already ex-wife of the convicted person, Raquel F.R, of all charges, in response to the request for conviction of the popular accusations for considering her to be a cover-up for her then-husband.

During the trial, held on May 9, the now condemned man pleaded guilty to having inserted a rag into the animal's mouth that clogged his trachea and caused his death by suffocation, while the latter maintained his innocence.

Although the date of Cooper's death is located at the end of May 2018, the skeleton of the six-month-old puppy, with hardly any soft tissues and in a very advanced state of decomposition, was discovered lying on the floor of the couple's kitchen, in Santovenia de Pisuerga, on August 29 of that same year, covered with plastic, a blanket and a duvet.

This was confirmed, astonished, by the then president of the Defaniva association, Tatiana D.B, and the volunteer Isabel H.P, who went to the couple's home after being alerted that the dog they had given up for adoption five months earlier had stopped be seen by Santovenia.

The president of Defaniva recalled in the trial that it was the daughter of the accused, eight years old, who told the sad fate that Cooper had suffered. "The little girl wanted to tell it and immediately told us that 'beautiful' was dead in the kitchen," said Tatiana D.B, who specified that then the girl's mother, Raquel, got a little nervous and asked them to bring a box .

No sooner said than done. The volunteer went for a cardboard box and when she returned to the home of the accused, she was instructed by the president of Defaniva to call the Civil Guard because the corpse of the animal, almost mummified, was lying on the kitchen floor.

In the first conversations with the girl, before the father arrived at the home, notified by the Civil Guard, the Defaniva volunteer recalled that the little girl confessed to them that her father "hit the puppy a lot and very hard", something that the president of the association, as he pointed out in his statement before the courtroom, caused such an impact on him that, "overwhelmed", he left office, after seven years at the head of it.

Once the testimonials and the expert opinion of the forensic doctor were exposed, who ratified that the accused soldier suffers from an Intermittent Explosive Disorder (IED) that makes it difficult to control his impulses in stressful situations, the prosecutor of the case agreed to reduce from one year to eight months the prison request for Luis E.M. and from three to two and a half years, disqualification from exercising a profession, trade or trade related to animals.

The public prosecutor, who did not ask for punishment for the now ex-wife, justified the reduction requested for the soldier -he is a computer scientist at the El Empecinado base, in Santovenia- in the disorder he suffers from and that "decreases the bases of his imputability", while that the defenses requested an acquittal ruling, in the case of Luis's representative for understanding that the TEI that he suffers must be considered as complete defense. Alternatively, the lawyer for Luis E.M. He asked for between 89 and 45 days in prison to be replaced by work for the benefit of the community.

For their part, the popular accusers, Defaniva and Libera, maintained their request for three years and eight months in prison for the soldier for a continued crime of animal abuse and another of abuse resulting in death, while in the case of his ex-wife , to which they initially requested the same sentence, lowered the sentence after being informed that the divorce decree proves that Raquel suffered violence from her then-partner.

For the accusers, the owner of the dog was in his full, volitional and cognitive faculties, and they also criticized the fact that the report on his condition by the El Empecinado base and that the forensic expert used it in his complementary expertise had not been placed in the hands of the lawyers in order to be able to commission a “counter-expert”.

1 Bardet, one of the favourites, leaves the Giro sick 2 Javier Tebas: "It can't be that PSG can... 3 Where to find the putrid rat in V Rising? 4 DIRECT. Kylian Mbappé: an extension at PSG and a... 5 In the United States, the push of the extremes is... 6 Giro: sick, Romain Bardet abandons the Tour of Italy 7 Ferrari dominates in Barcelona ahead of Verstappen,... 8 More than 7,000 new infections by Covid in a week... 9 An earthquake recorded in the Alboran Sea is felt... 10 Kim Kardashian wants to found a law firm specializing... 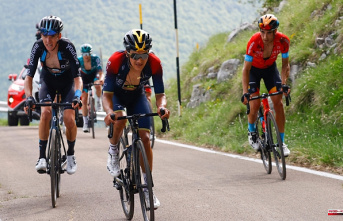 Bardet, one of the favourites, leaves the Giro sick