Eduard Torres: «The best tribute to Barcelona 92 ​​would be to reproduce the consensus to expand the airport»

For Eduard Torres, executive president of Barcelona Tourism, the debate on the advisability of expanding the Josep Tarradellas del Prat airport "is not about tourism, but about guaranteeing Barcelona's competitiveness if we want an advanced economy", since "connectivity" It's fundamental. 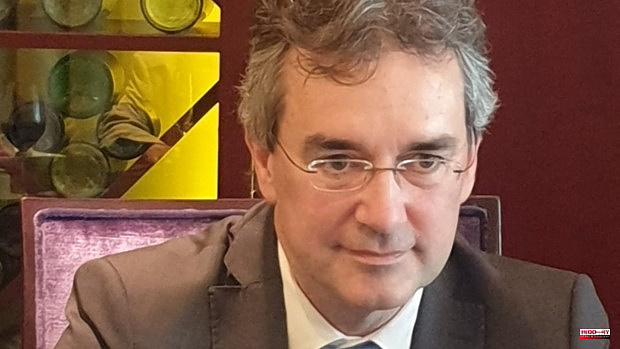 For Eduard Torres, executive president of Barcelona Tourism, the debate on the advisability of expanding the Josep Tarradellas del Prat airport "is not about tourism, but about guaranteeing Barcelona's competitiveness if we want an advanced economy", since "connectivity" It's fundamental. Now that the 30th anniversary of the Olympic Games is approaching, "the best tribute would be to reproduce the institutional, economic and social consensus that made them possible with the airport expansion." So "it is a propitious moment to get into a constructive mode", he has underlined.

Speaking this Saturday to the COPE Catalonia and Andorra program Converses, with the participation of ABC, Torres explained that the Prat expansion must be carried out "complying with all environmental requirements" and has assured "it is not about bringing more visitors, but those who we are interested in, which are those with high added value, and for this we need good connectivity» he stated.

Given the lack of consensus on this matter, Eduard Torres has proposed working in the same way that Barcelona's candidacy has now been forged to host the America's Sailing Cup. "It would be important to be able to agree with a single voice in Catalonia on what we want for El Prat airport." In short, "it is a question of taking to the State a proposal elaborated from Catalonia", he has defended.

Regarding cruise tourism that, with the end of the pandemic, returns to Barcelona, ​​the executive president of Tourism of Barcelona has explained that the most important battle is that "the cruise passengers who arrive are from the beginning or the end of their journey in the port Barcelona", with the aim that they stay longer in the city. "We must try to avoid the cruise passenger who is passing through for three or four hours and then leaves," he stresses. "Right now there are already 60 percent of cruises that start or end in Barcelona." He has also pointed out that the Barcelona port has made a significant effort to limit the number of arrivals of cruise ships that only make a stopover.

As for the summer season, Eduard Torres is optimistic and foresees a good summer because "the very positive tone of activity that started at Easter will be maintained." Another thing will be what happens after September, since "there are economic instabilities that can affect tourist activity," he warned.

The senior executive of Barcelona tourism has also assured that tourism in the Catalan capital "must be put in order" to avoid the feeling that many Barcelonans have of feeling invaded. To achieve this, he believes that certain areas that are overcrowded should be "decongested" and tourists redirected to other parts of the city or province. He acknowledges that "It is an easy thing to say but difficult to do", but he has advanced that they are working on a digital proposal to offer tourists all the possibilities of the Barcelona environment, so that their overnight stays in Barcelona can be extended to four, but that the visits are divided, for example, between the beaches of the Baix Llobregat coast, Montserrat, the modernism of Sant Joan Despí and the Romanesque of Vic.

1 Afghanistan: TV presenters appear with their faces... 2 Ayuso, to Feijóo: «When you arrive at La Moncloa,... 3 War in Ukraine: Russia claims to have destroyed a... 4 The anti-monarchist protest in Sanxenxo fails: fifty... 5 Xavi: "We haven't had a good season but... 6 Feijóo says that the Madrid PP is today "more... 7 The Turkish government party will continue to oppose... 8 The post-election transition begins in Lebanon with... 9 The Guinean military junta authorizes former President... 10 Marcelino anticipates that next week he will announce... 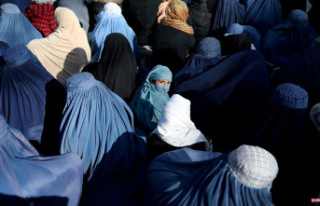