Economists on alert: the slowdown in consumption and investment will leave GDP at 4.3% in 2022

The group of economists calculates that Spain will grow by 4. 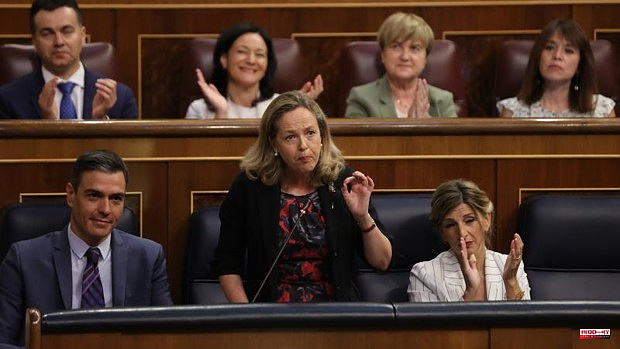 The group of economists calculates that Spain will grow by 4.3% in 2022. This follows from the Funcas Panel corresponding to the month of May and in which a reduction of half a point is registered to the estimate that was given in April. The reason: the slowdown in consumption and investment.

«The consensus forecast for GDP growth for 2022 is 4.3%, five tenths less than the previous panel, after 15 panelists have revised their forecasts downwards. As for the quarterly profile, lower growth is also expected in the remaining quarters of the year”, indicates Funcas. Most analysis houses have lowered their projection.

The contribution of national demand to GDP growth will be 3.3 percentage points, eight tenths less than in the previous consensus forecast.

The panelists anticipate a strong downward revision of public and private consumption, and of investment, in the latter, especially in the construction branch. As for the foreign sector, it will add one percentage point to GDP growth, which represents an improvement of three tenths compared to the previous panel, as a result of a downward revision of import growth.

In this May panel it is the first time that Funcas provides an estimate for 2023. And the outlook is not very rosy. The consensus forecast for GDP growth next year stands at 3%, which would mean a slowdown of 1.3 percentage points in year-on-year terms.

Thus, the consensus estimate for 2022 is in line with what the Government expects this year to happen, but it deviates considerably in the projection for the next one. By 2023, the Executive expects a growth of 3.5%, half a point more than the panelists included by Funcas.

Beyond this, economists present a not very clear horizon with inflation, despite the fact that they point to a moderation soon. “The average inflation forecast for this year has increased by 1.5 percentage points to 6.9%. The panelists expect it to decrease in the remaining months of the year until it ends with a year-on-year rate of 4.3% in December. Regarding 2023, according to the consensus, inflation would moderate to an average rate of 2.2%, with a year-on-year rate of 1.8% in December. Core inflation, for its part, would be 3.6% and 2.4%, respectively, in 2022 and 2023," says Funcas.

1 DIRECT. List Deschamps: an expanded group and surprises?... 2 The Treasury places 5,477 million in the bond auction... 3 Laia Palau, new 'Team Manager' of the women's... 4 Russia wants to cut off Ukraine from occupied Zaporizhia... 5 Ukraine: Scholz reluctant to join the EU quickly 6 Yolanda Díaz highlights that she wants to "add"... 7 Arrest in the Netherlands of three robbers with explosives 8 Two military associations resort to the age limit... 9 Kuleba asks the EU to end the "ambiguous"... 10 Scholz rules out "shortcuts" on Ukraine's... 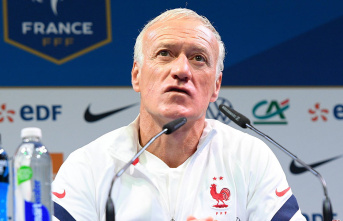