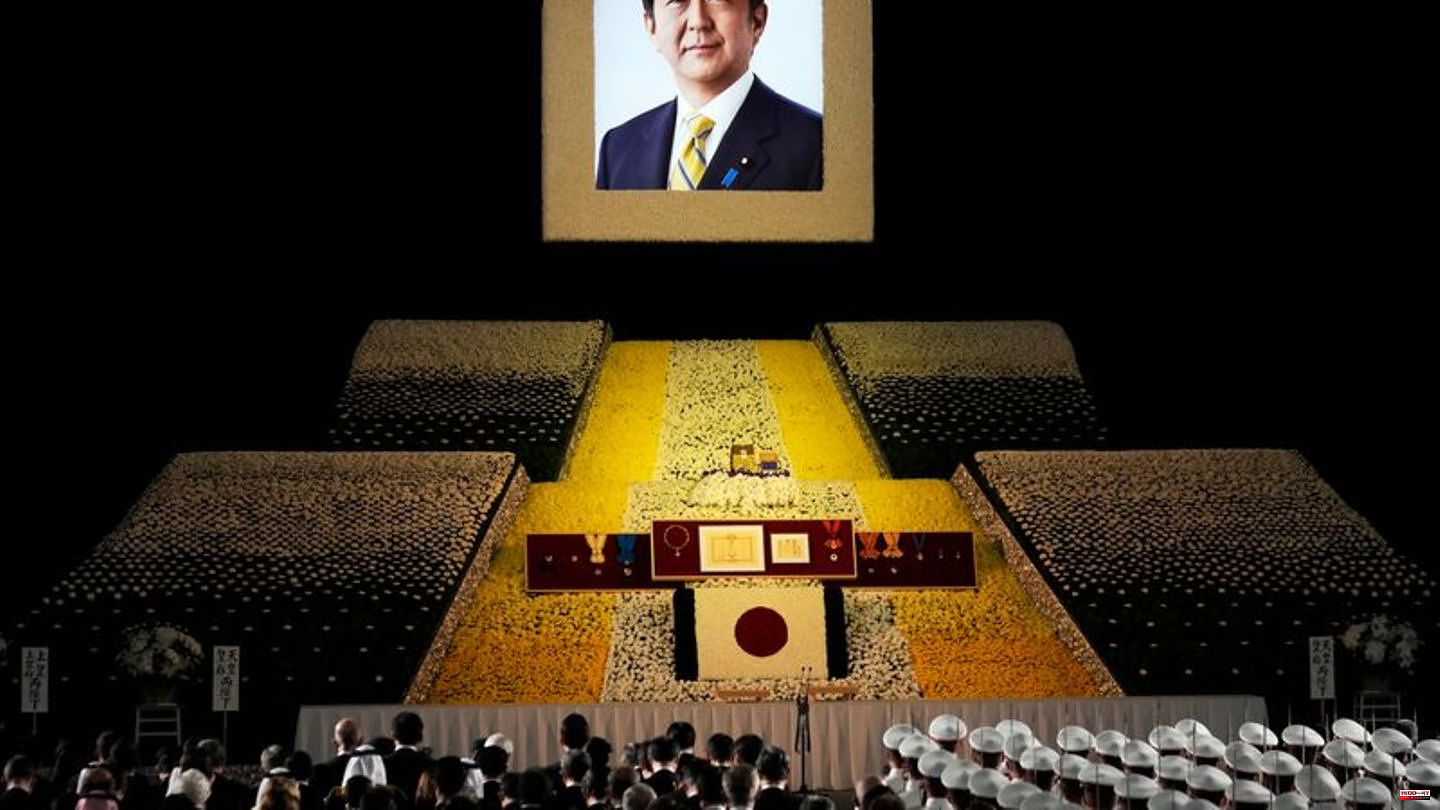 Japan has honored the recently assassinated ex-Prime Minister Shinzo Abe with a highly controversial act of state mourning full of military pomp. Under massive security precautions and accompanied by angry protests, around 4,300 mourners from home and abroad attended the state ceremony in the Nippon Budokan martial arts hall in Tokyo, including ex-Federal President Christian Wulff and US Vice President Kamala Karris.

Under the thunder of cannon fire, Abe's widow Akie, dressed in a black formal kimono, carried the urn containing the ashes into the hall. The mourners were seated in front of a huge portrait of the murdered man with black mourning ribbon.

Abe was Japan's longest-serving post-war leader and is recognized around the world as a distinguished statesman. At home, however, Abe is controversial for his nationalist agenda and involvement in nepotism scandals. Abe was shot dead on July 8 while delivering a campaign speech in Nara.

Connections to the Mun sect

The assassin had stated that he had murdered the right-wing conservative out of hatred for the controversial Mun sect. The organization of the late Korean sect founder San Myung Mun, known for its ultra-conservative and anti-communist sentiments, with which Abe had been connected, drove his mother into financial ruin and destroyed the family. Four days after his murder, Abe was cremated at a temple in the capital, following a private funeral ceremony.

Hours before the national funeral, hundreds of people had gathered in an adjacent park to lay flowers at two stands and to pray for Abe. At the same time, however, there were protests from thousands of opponents of the event, which was financed with millions of taxpayers' money. Around 20,000 police officers were mobilized.

Boycott of the act of state mourning

Some opposition parties boycotted the act of state mourning, emphasizing that there was no legal basis for it. He reminded opponents of Japan's imperialist pre-war period, when national mourning served to stir up nationalism. The only time since the end of the war had there been a state mourning for a prime minister: in 1967 for Shigeru Yoshida. Even then, the ceremony had been criticized.

Soldiers in white uniforms received the urn in the Budokan Hall near the Yasukuni war shrine and placed it on a pedestal decorated with white and yellow chrysanthemums. The guests stood while a military band played the national anthem Kimigayo. A moment of quiet remembrance followed. A video then played praising Abe's tenure. In his speech, today's Prime Minister Fumio Kishida praised his mentor Abe as a politician with a clear vision for the development of Japan and the world, who pursued the concept of a "free and open Indo-Pacific" as a counterbalance to China. "You were someone who should have lived much longer," said Kishida.

"Not a stroke of luck for Japanese democracy"

Kishida had decided, without prior deliberations in Parliament, that Abe deserved a public ceremony. But the majority of the people recently had a different opinion. Abe's opponents recalled Abe's attempts to whitewash Japan's wartime atrocities and to change the post-war pacifist constitution. Abe "was not a stroke of luck for Japanese democracy," said Japanologist Gabriele Vogt. Added to this are the involvements in the Mun sect that were revealed after Abe's death. In recent polls, a majority spoke out against the act of national mourning.

According to observers, Kishida ultimately wanted to secure the goodwill of the powerful Abe camp in his governing Liberal Democratic Party (LDP) with the state act. The government emphasized that the ceremony should not force anyone to mourn. But the undemocratic decision to give him the rare honor, the high costs and the ties of Abe and his ruling party to the Mun sect have seen Kishida's poll numbers plummet recently. There is already speculation that Kishida is ailing as prime minister. 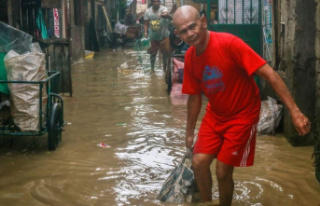