Earthquake exercise in Japan: zoo employees slip into lion costumes and escape – a rehearsal for emergencies

A Japanese zoo has tested a lion's escape in the event of an earthquake with a curious method: with a funny lion costume. 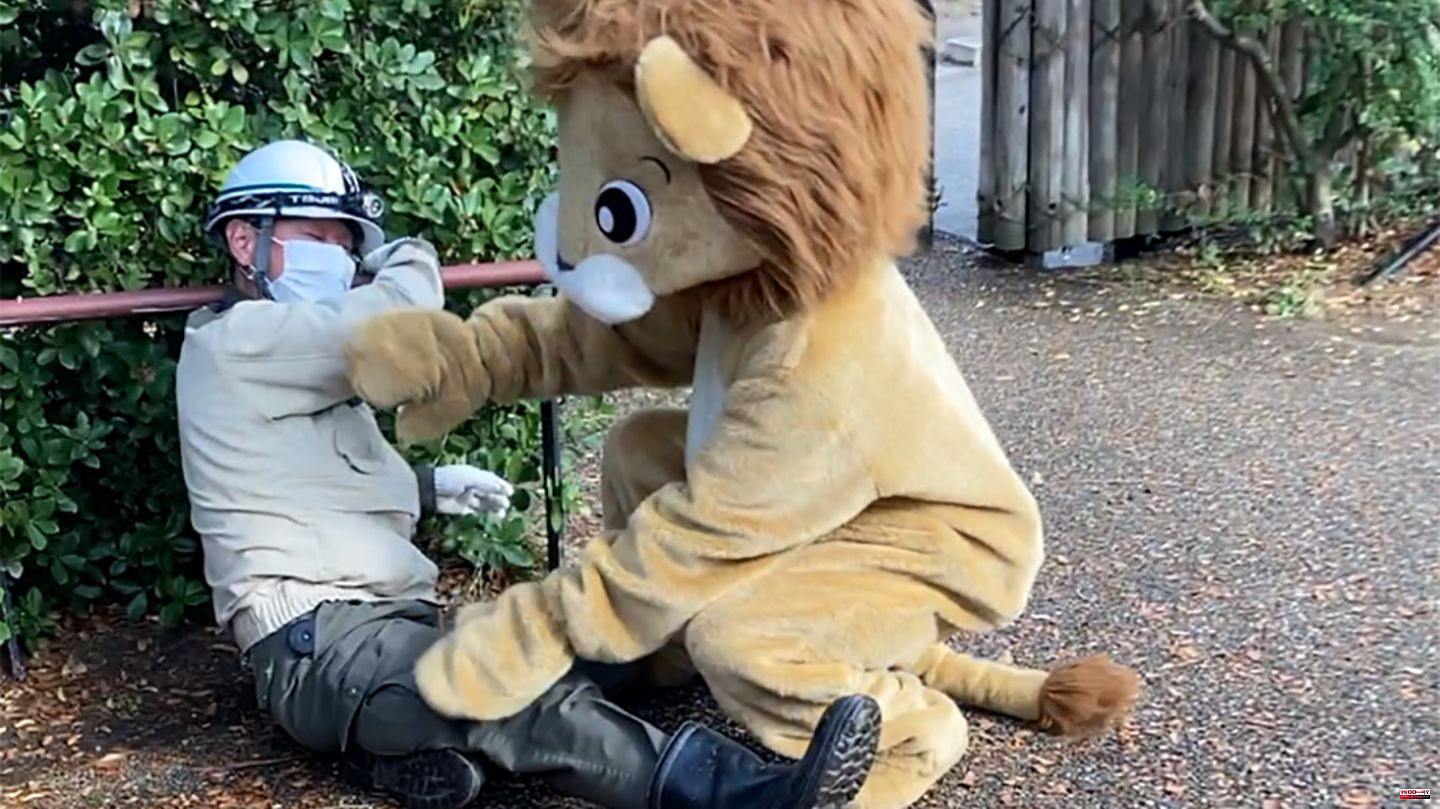 A Japanese zoo has tested a lion's escape in the event of an earthquake with a curious method: with a funny lion costume. An employee of the Tennoji Zoo in Osaka put on the fluffy onesie with the mighty lion's head and took on the role of the escaped predator. While he then strutted through the facility on two legs under the curious gaze of visitors, his colleagues with helmets, shields and nets and the support of fire department officials tried to catch the "crazed" employee again. "This may have looked amusing for the visitors, but for us it was a serious exercise," explained a zoo spokesman in Osaka on Friday to the German Press Agency.

Japan is one of the most earthquake-prone countries in the world. Disaster drills are therefore held across the country every year. This time, the zoo in Osaka assumed that a lion escaped from the cage during opening hours as a result of a strong vibration and attacked a zookeeper.

Strictly according to the textbook, the emergency services cornered the anything but threatening-looking "lion" with signs and poles. At the end, a veterinarian aimed at the funny animal with a tranquilizer gun - whereupon the two-legged lion kneeled down a little theatrically, stretched out on all fours - and in the end, probably a little exhausted, wrapped in nets allowed himself to be transported away. danger averted.

1 Criticism of Hansi Flick: Is the DFB coach too afraid... 2 Eintracht newcomer gone again in winter? 3 New music video: Rammstein says "Adieu"... 4 King Charles III: With bright yellow Crocs to the... 5 Gambling: Lotto millionaire Chico brags about his... 6 Bella Hadid: She is the most stylish person on the... 7 Controversial ex-president for the protection of the... 8 Russia's war: According to the authorities, hospitals... 9 County of Surrey: Child in England dies after bacterial... 10 Up to 70% off Black Friday Sale 2022: These are the... 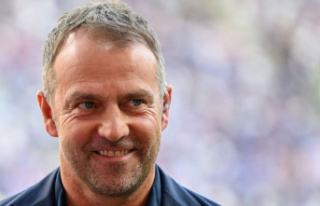 Criticism of Hansi Flick: Is the DFB coach too afraid...