One euro spent by a pilgrim on his way to Santiago is multiplied by more than two compared to the impact that a conventional tourist generates in the Galician economy. 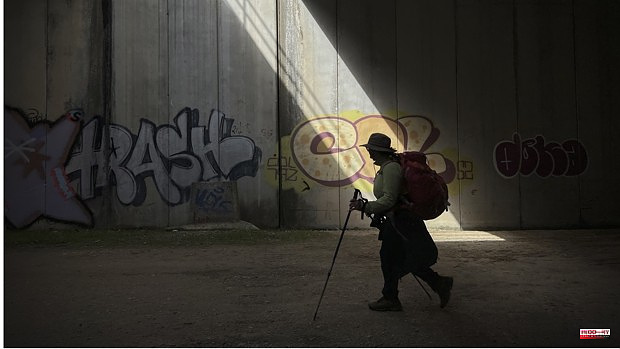 One euro spent by a pilgrim on his way to Santiago is multiplied by more than two compared to the impact that a conventional tourist generates in the Galician economy. This is determined by a study carried out by Turismo de Galicia that puts the weight of the Camino in the tourist expenditure of the community at 2.3 percent, although the transfer to the Galician economy is "much greater" in qualitative terms.

“Due to the characteristics of the expenditure made by pilgrims, each euro has a greater impact on the economy. This is so mainly because they do not use means of transport and focus their spending on restaurants and accommodation, which are businesses that have more influence on other sectors of the economy“, the head of the Studies and Research Area of Tourism of Galicia, Jaime Leirós.

This is one of the main conclusions of the study published in 2017 that addresses the socioeconomic impact of the Jacobean Route and from which statements are extracted such as that spending on food and drink accounts for 61% of the pilgrim's spending, sections to which the conventional tourist allocates 26% of their budget. According to this document, each euro of the pilgrim generates up to 18% more employment in the community and 11% more wealth compared to the regular tourist. The latter spend almost a quarter of their budget on transport, an expense "with low multiplier effect" at the local level.

Thus, the average daily expenditure of each pilgrim ranges between 40 and 70 euros, although it all depends on the way in which you want to live an experience that adapts like few others to the economic possibilities of the traveler.

The possibilities of accommodation on the routes to Santiago are varied thanks to the exponential growth that this type of business has experienced in recent decades, mainly on the French Way. From the classic hostel with bunk beds for about 10 euros a stay to more comfortable options of between 30 and 70 euros such as hostels and hotels with individual rooms, reaching Paradores where you can stay for about 300 euros a night.

The 2017 study, from which record numbers of pilgrims have been broken almost year after year, establishes that the largest volume of overnight stays occurs in private hostels with nearly 700,000 nights, almost double that in hotels (390,000) and about five times more than in public shelters (157,000). All this depending on the season in which you choose to travel, one of the factors that determines the total cost of the Camino. Another of these determining factors is the duration of the route, since, as the Galician Tourism experts have confirmed, the shorter the trip, the greater the average daily expenditure of the pilgrim. «The duration of the trip determines the average daily expenditure. It is as if there were a more or less fixed budget and depending on how many days you have to do the Camino, you adjust it”, Jaime Leirós highlighted.

In its study, Turismo de Galicia identifies six different types of pilgrim, each with characteristics that influence their way of living the Camino and, consequently, how much they spend on the experience. The classification analyzes the behavior of walkers based on how they live the experience based on factors such as age, motivation, spending or origin. It even dwells on the consideration that the walker himself has of himself, since some do not see themselves as pilgrims, but as simple travellers.

Thus, each traveler profile prefers a type of accommodation. For example, those considered 'experts' --of national origin, between 40 and 50 years old and with a critical spirit about what they find on the Camino-- almost always resort to public shelters, while the 'playful' -- multinational, short trips and leisure motivation-- he never goes to this type of establishment and prefers hotels and pensions.

Parallel to the popularization of the Jacobean Route, an economic sector linked to providing services to pilgrims beyond giving them shelter at night and feeding them has been taking shape. One of these businesses are the agencies that are in charge of offering vacation packs for those who want to forget about reservations. "We help in the organization of everything that has to do with the trip, from the accommodation part to any type of service that they may need, such as luggage transport, transfers or whatever is necessary," he explained in statements to Europa Press the manager of Viajes El Camino, Miguel Sánchez.

This agency offers "tailor-made" packs of what the traveler needs and is willing to pay for. «One of the wonders of the Camino is that it is a trip for all audiences and all pockets; from people who want to go in a simpler mode and sleep in hostels with other pilgrims living the experience of the Camino to other people who are looking for more comfort or more luxury in the quality of accommodation", continues the person in charge of Viajes El Camino. Thus, the most commercialized package by this agency is around 300 euros for booking accommodation in a private room for a whole week of the Camino. It also works, especially among travelers from Latin America, the "VIP option", which goes to between 600 and 700 euros.

In addition to the coverage of basic services, the pilgrim has different accessories to make the experience more bearable or get more out of it. «There are people who hire a private guide during the routes, private tours once they arrive in Santiago to visit Fisterra, the Costa da Morte or the Rías Baixas; or groups that decide to set up refreshment points along the Camino or to be accompanied by a support vehicle«, says Miguel Sánchez.

Thus, the economic study of the agency dependent on the Xunta determines that the Camino has served as an economic incentive for the economic development of the towns through which the different routes pass. “The conclusion is very clear. There is a positive impact on these municipalities in terms of employment, population determination and a large number of variables«, assures the person in charge of economic studies at Turismo de Galicia. However, the impact is uneven in the different municipalities, since, for example, in 2014 it represented almost 22% of Triacastela's GDP, while in Pedrafita, Portomarín and O Pino it exceeded 10%. Whether or not it is the end of the stage is, for the localities, a differentiating factor when it comes to taking economic advantage of the Camino.

1 They are looking for a man for getting into a fistfight... 2 The sixth detainee for the sexual assaults of Burjassot... 3 Dinapsis celebrates five years in Benidorm with the... 4 At least three dead and two injured in a shooting... 5 Select candidates playing video games, the latest... 6 CSIF requires the Government "to approve teleworking... 7 Vettel speaks out on homosexuality in Formula 1 8 Julee Cruise, former B-52 and singer of unforgettable... 9 The minor who reported a group rape in Burjassot exonerates... 10 They recover the Fuero de Brihuega, a codex from the... 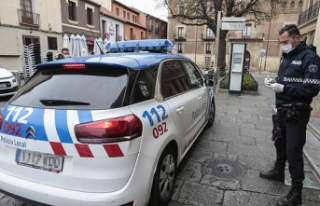 They are looking for a man for getting into a fistfight...