Dvicio: «We have grown tired of continuing to turn the wheel of collaborations to raise streaming figures»

The pop music public is fed up with the stereotype that 'this new album opens a new stage in the group', but in the case of 'El Labyrinth', it's the absolute truth. 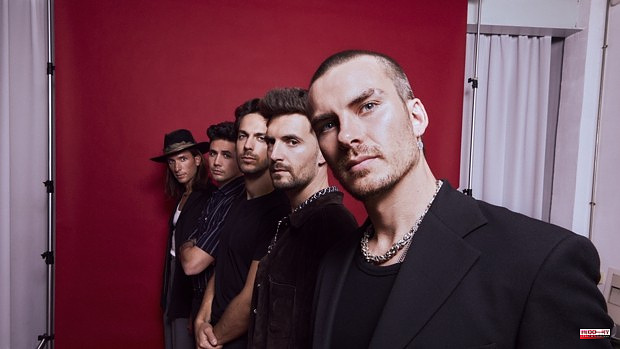 The pop music public is fed up with the stereotype that 'this new album opens a new stage in the group', but in the case of 'El Labyrinth', it's the absolute truth. This new work by Dvicio, which comes after his debut in 2014 with 'Justo Ahora' and the confirmation with 'Qué tú tú' (2017) and 'Impulso' (2020), represents an important sonic and stylistic turnaround for a group every time farther from the boy-band wave of catchy ballads. On the eve of its release, the album was presented at the Isens de Cinesa de Principe Pío room, in an event in which they had a talk with the presenter Arturo Paniagua and where the video clips of three songs from the album were projected with sound technology immersive Dolby Atmos.

But this Thursday, May 26, the moment of truth arrives, with the premiere of the album live at a great concert at La Riviera.

Has it been your hardest album?

Yes. Besides, we stopped all the plans that had nothing to do with our album. We had several promised collaborations, and we decided to stop everything and work on our identity, on our sound.

Were those collaborations for your album, or for others' albums?

I'm going to explain it well and honestly: those collaborations meant continuing with the wheel of continuing with the issues of numbers, the figures of streaming reproductions, etc... We've gotten tired of all that and we've worked on our sound, on what really makes us happy. That's why there are no collaborations on the album. And that's why the album is called 'El Laberinto', because it has been like looking for the exit to a path in which things happened with which we didn't feel so 'us'. It was the path of expectations, of the pressures of everything that surrounds this industry... The honest thing was to look for ourselves. Tomorrow we will do collaborations again, but on this album it was counterproductive.

It's okay to have the freedom to make decisions like that.

Completely. You feel great when you reach this point of freedom. Some take many years, others less. And there are also those who never get it. We desperately needed it.

On the album there is not even the slightest concession to the fashionable sound, reggaeton.

We've done reggaeton, and we enjoy it, but at concerts we don't see that they just fit in with our audience. It is true that it is the style that has the best numbers, but what would our approach be then? the numbers? We didn't want that. Besides, what we wanted was to do other things.

It's a very thoughtful album for live. They will have a huge desire to return to action after two years.

A lot of desire to act, to catch flights, to go to other countries... We've been looking forward to that moment for a long time. We all need to take a breath again.

Did any member of the group handle the confinement worse?

We started very well, really. We all thought it was going to be a few days, but when everything started to get complicated... things changed. But we have all been able to support each other a lot, and thanks to technology we were able to maintain contact with the public and hold concerts online. It was important to overcome such a difficult moment.

Speaking of technologies... they have used state-of-the-art technology in the sound of the album, right?

Yes, it has been mixed in Dolby Atmos, which gives a spatial sensation of sound that goes beyond stereo. It allows you to hear each instrument from a different side, a bit like binaural but one step further. It's a pretty new sound experience, and it's been a blessing to be able to use this technology.

That thing about 'getting better' from the pandemic, how do you see it?

We are quite realistic in that sense, and we know what human beings are like. All the good intentions will be forgotten, and not because we are bad, but because we are like that. We are not very empathetic as a species, and we are only affected by nearby things. For everyone, music was therapy and I only ask that people don't forget that. It was a major help in keeping us alive and sane.

I think one of you got married, and you had a pretty heavy bachelor party.

Yes, the farewell was from Nacho, who has already got married. The rest of us dressed up as soldiers and kidnapped him from his house at eight in the morning with some keys left by what is now his wife (laughs). We gagged him, put him in the trunk and took him out to play air-soft. He later got married in Mexico because his wife is from there, and we all went there. He was great.

1 The manufacturer of the Spanish super glue launches... 2 Asaja Castilla-La Mancha asks for explanations on... 3 One deceased and one injured after colliding a van... 4 These are the twenty-five best teachers in the Valencian... 5 The terrible moment a police officer responding to... 6 Llorente maintains the act in the Diputación de León... 7 The politicians of Castilla y León say goodbye to... 8 The use of Basque has been stagnant for 30 years in... 9 They transfer to the hospital a 15-year-old run over... 10 Burgos businessman José Antolín, founder and honorary... 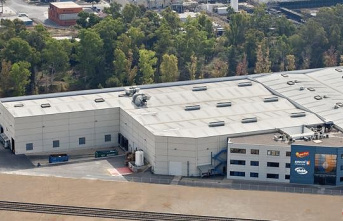 The manufacturer of the Spanish super glue launches...