DreamHack expects to generate an impact of ten million euros and receive 75,000 attendees in Valencia

The worldwide video game and digital entertainment festival DreamHack will return to Valencia in person and "stronger than ever" between July 1 and 3, after two years of absence due to the pandemic. 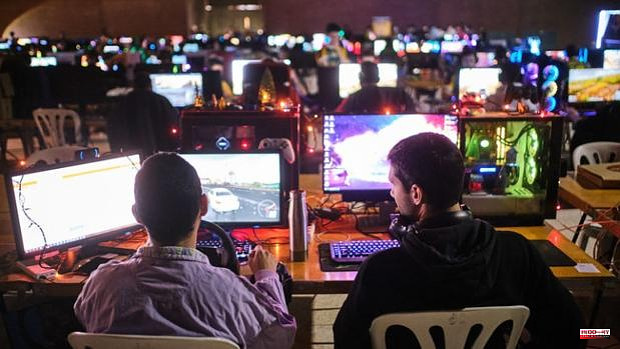 The worldwide video game and digital entertainment festival DreamHack will return to Valencia in person and "stronger than ever" between July 1 and 3, after two years of absence due to the pandemic.

The event, which will be held at the Feria Valencia facilities, expects to leave an impact of more than ten million euros on the city, generate more than 170 new jobs and assumes the objective of increasing the number of visitors of the last edition, up to the 75,000 attendees this 2022.

The organization of the festival has highlighted that the impact it has for Valencia "has grown year after year." Thus, its latest edition meant the creation of 168 new jobs, a direct impact on hotels and transport of 3.2 million euros and an average cost per participant during their stay of 187.64 euros, which adds up to a total cost of visitors of 4,456,450 euros.

During the 2019 edition, the total indirect impact on the city of Valencia exceeded nine million euros.

DreamHack has been held in Valencia since its origins in 2010. Since then, this space has continued to grow "exponentially" and the event has gone from attracting 10,000 people in ten years to reaching 65,000 in its latest edition. The goal for this year is to increase that figure by more than 15 percent to 75,000 attendees.

For the organization, these figures "position Valencia not only as a pioneering city at the national level within esports, but also as a key city on the international scene", since this festival is broadcast through streaming platforms. streaming and television in six different languages, so that it can be seen from anywhere in the world. Last 2019, nearly five million viewers followed the broadcasts of the festival.

This year's DreamHack Valencia edition is already underway with a "strong commitment" to international esports, which includes the only stop of the CSGO Women's Circuit in Europe before the finals at DreamHack Sweden, with the presence of teams like Nigma Galaxy, BIG EQUIPA, CLG Red or FURIA, and with a final prize of 500,000 dollars, as well as an independent tournament at the festival that will have a prize of 100,000 dollars.

There will also be the only stop in Europe for the Halo Championship Series, with prizes of $100,000 to be shared among the 8 teams that qualify.

As for the ESL Challenger, DreamHack Valencia will also be the only European stop on the ESL Pro Tour, and will feature teams such as Movistar Riders, FURIA, MIBR and Outsiders, with prizes of $50,000 for the winner, $20,000 for second and 10,000 for the third. On the other hand, the only Starcraft 2 ESL Pro Tour Master will be held in Europe with $338,000 in prize money.

For the community, nine LAN championships have also been confirmed, which this year will mean more than 30,000 euros in prizes. Among the titles of these competitions are Valorant and Fortnite Duos, a League of Legends competition and another CS:GO competition, although these will not be the only games that are present.

Another of the great shows during the festival will be the FMS Duplas of DreamHack Valencia, a tournament with four pairs of MCs from the Freestyle Master Series, the largest Spanish-speaking freestyle league in the world, and four pairs formed by applicants registered through from the official page.

DreamHack Valencia will also have a wide range of gaming and leisure activities, live music, meet

1 Alpes-de-Hautes-Provence. More than 200 varieties... 2 Orca in the Seine: Monday's animal death 3 Charente-Maritime: Start of Fire at Simafex Factory... 4 Legislative: A Reconquest candidate Sentenced for... 5 Savoy: Exit. Chambery: Vitaa, Slimane and the Lighthouse... 6 The mother of the young women murdered in Pakistan... 7 Eurocaja Rural opens an office in Medina de Rioseco 8 Acierta Asistencia de Talavera grows in a few months... 9 Messi: "Real Madrid was not the best team in... 10 Transport. Are train ticket prices rising or falling?... 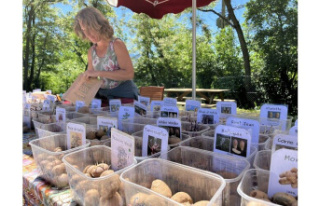