Dora García and Juan Carlos Arnuncio, in the Patio Herreriano

On June 4, 2000, the Patio Herreriano Museum in Valladolid opened its doors. 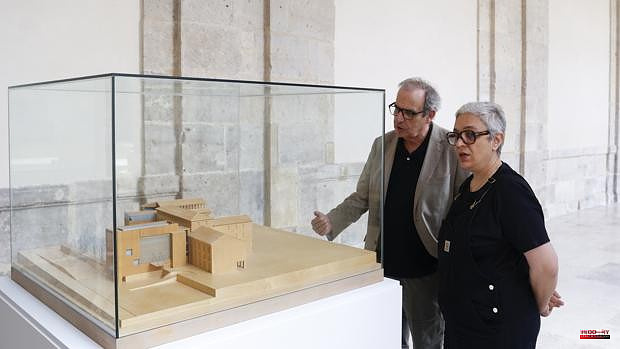 On June 4, 2000, the Patio Herreriano Museum in Valladolid opened its doors. Its implementation meant that Castilla y León had for the first time a reference space for contemporary art, but also the recovery of the splendor of a historic building, the old Monastery of San Benito el Real. The Valladolid Juan Carlos Arnuncio was in charge of it. Starting this Friday, an exhibition in the museum space recovers and compiles the intentions of the rehabilitation project, as well as the creative universe of the architect.

It is one of the samples with which the museum begins the celebration of its 20th anniversary. The other features Dora García, also from Valladolid, and her installation 'The Horizon Machine', which after being exhibited in 2000 at the Pontevedra Biennial became part of the Contemporary Art Collection.

"They are two figures that we consider key to the museum," summarizes the director Javier Hontoria.

The Juan Carlos Arnuncio exhibition is articulated around two complementary itineraries: one purely chronological, in which the vicissitudes of the historic building are exhibited sequentially; the other, brings together through photographs and plans the different phases of its rehabilitation. "It is not only an enhancement of my work, but a look at my intuitions, memory, memories...", says the protagonist.

The “unique” space of the chapel of the Counts of Fuensaldaña takes on a special role in the exhibition due to its “amazing and inexhaustible potential”, Hontoria highlights. As the only piece in this space, a mysterious box, which plays like a matryoshka with concepts such as memory, light and the passage of time.

Light, in this case in the form of a beam, is also the protagonist of 'The horizon machine', the installation by Dora García. The current National Prize for Plastic Arts, linked from the beginning of her career to the Patio Herreriano Museum, remembers that it was precisely in the Chapel where she made her first presentation in 2004, then of an installation called 'Intolerable light and the sphinx'. Regarding the one exhibited in Room 0 for the museum's anniversary, she explains that she refers to an artificial concept such as the horizon, which is nothing more than a human conceptualization of a space that does not exist. The installation is completed with two photographs of the false cover of that imaginary novel, and with a triptych of images taken by herself.

1 Page assures that if all the wine produced in Castilla-La... 2 The Churra Race Fair bets in Palencia to promote "the... 3 Two Basque scientists go on the hunt for Antarctic... 4 The rocket of the return, at Cape Canaveral's... 5 Luis Enrique: "I don’t see any other team that... 6 The ECB warns that business default is possible in... 7 Jayce Carroll, the missionary who frightened Europe 8 Casado: "Madrid made a motion for democratic... 9 Students are frustrated by the lack of gun reform 10 100 Days of War in Ukraine: A Timeline 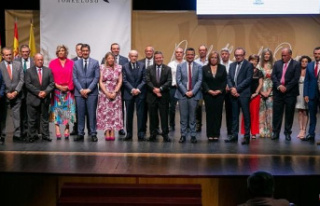 Page assures that if all the wine produced in Castilla-La...