Don Juan Carlos is already flying to Spain from Abu Dhabi, where he took off aboard a private Gulfstream plane. 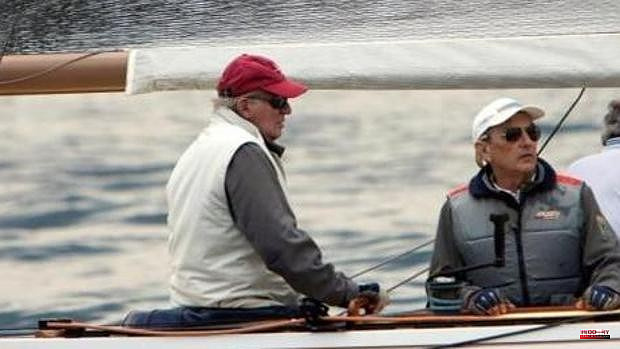 Don Juan Carlos is already flying to Spain from Abu Dhabi, where he took off aboard a private Gulfstream plane. The King's father is scheduled to land at the Vigo airport (Pontevedra) around 6:30 p.m.-7:15 p.m., depending on flight conditions.

Previously, the Infanta Elena will land at the Vigo airport to accompany Don Juan Carlos during his stay in Sanxenjo until Monday, where his friend and president of the Clun Náutico, Pedro Campos, is waiting for him, in whose house Don Juan Carlos and the Infanta will stay. Elena.

The House of His Majesty the King reported yesterday in a statement that Don Juan Carlos will visit Sanxenjo first, where he will participate in a 6-meter class regatta and will meet with friends, and later, on Monday, he will go to Zarzuela to meet Felipe VI, Doña Sofía and other members of the family.

After that meeting Don Juan Carlos will return to Abu Dhabi, according to Zarzuela.

«This visit is part of the desire of His Majesty King Juan Carlos to travel frequently to Spain to visit family and friends, and organize his personal life and his place of residence in areas of a private nature, as expressed the letter that he addressed to His Majesty the King on March 5", underlines in the statement the House of S.M. the king.

The return of Don Juan Carlos occurs after a 21-month stay in Abu Dhabi, a period in which he has had family visits, although there is no evidence of any from Felipe VI.

1 School year 2022-2023 in Valencia: provisional list... 2 The judge rejects the complaint of an individual against... 3 The Anti-Corruption Prosecutor will investigate Rubiales... 4 Franco asks Rubiales to provide data "to mitigate... 5 Anti-corruption investigates alleged irregularities... 6 Bale enters the list of Wales for the final of the... 7 Russia claims half of Gazprom's foreign clients... 8 The Brazilian Court of Accounts gives the green light... 9 The price of electricity rises 6.6% this Friday and... 10 The latest viral video for TikTok of the popular influencer... 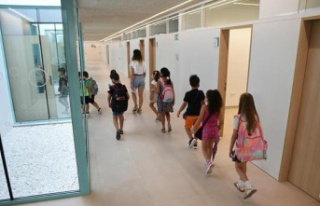