"Do you want us to go to your house?": the threat of alleged prostitutes and a 'sextortion' of up to 10,000 euros

The Las Palmas Civil Guard team has warned of the increase in extortions that are being generated through the service of a well-known sporadic dating website, which come to demand large amounts of money on the condition of not breaking the discretion of the services offered. 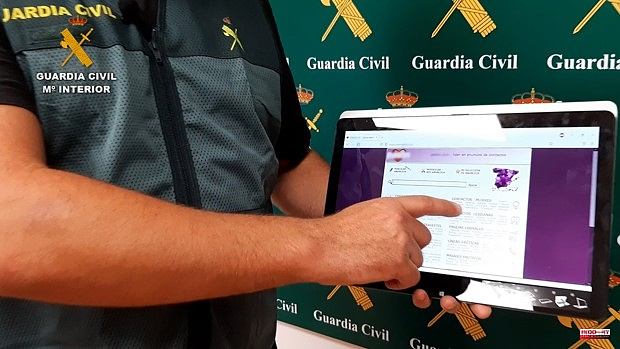 The Las Palmas Civil Guard team has warned of the increase in extortions that are being generated through the service of a well-known sporadic dating website, which come to demand large amounts of money on the condition of not breaking the discretion of the services offered.

So far, more than a dozen complaints have been detected on the island of Gran Canaria alone, in which large amounts have been requested in various payments that even reach up to 10,000 euros.

According to the investigation carried out by the body, the modus operandi of the network begins when users make some kind of contact by telephone with the scammers, who hide behind a normal advertisement on a sporadic dating page.

These are false advertisements, with photos of suggestive girls who are the bait to attract clients, although the encounters never take place. From there, the extortion and threats begin, since they have previously appropriated the telephone number and data of the contracting party, who subsequently begins to receive calls or messages, extorting the victim by breaking their discretion if they do not pay what is requested.

This type of fraud, assures the Civil Guard, had not happened for a long time, but for a few months it has resurfaced in a worrying way.

All conversations with so-called whorehouse managers start out the same way: "You've wasted my girls' time and my bosses are very upset with you."

Under the threat of going to their homes or jobs, they request payment of amounts ranging from 1,000 euros to "unthinkable amounts," explains the body. Sometimes they request as a means of payment through the bizum method and on other occasions immediate bank transfers.

Their threats seem real, but the Command explains that they only serve to cause fear, so within their security advice they indicate that "if you are a victim of this type of extortion, always report it, even if it may embarrass you", as well as "do not pay nothing that they ask you for under any circumstances«.

If you are a user of this type of service, he explains, "use the means to protect your identity and that of your data and do not publish your personal data on social networks." Faced with the threat of knowing the location of the victim, "don't worry, they can't geolocate you by WhatsApp."

1 The Civil Guard helps a nonagenarian woman inside... 2 Juan Carlos I is considering visiting Spain next weekend 3 The Rueda government starts walking: "Galicia... 4 Rubiales would have paid with RFEF money for a private... 5 The EU lowers its forecasts for the war and leaves... 6 France Castel: aging with peace of mind 7 Real Madrid will host Betis this Friday on the last... 8 The departure of Jean-Baptiste Djebbari in the private... 9 Rafa Nadal loses a position and is fifth in the ATP... 10 Real Madrid and adidas present the home jersey for... 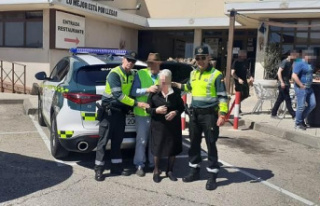 The Civil Guard helps a nonagenarian woman inside...