The world number one, the Serbian Novak Djokovic, defeated the Greek Stefanos Tsitsipas, fifth player in the circuit, 6-0, 7-6 (5) this Sunday, and thus reaped his sixth victory in the Masters 1,000 in Rome to just one week before the start of Roland Garros, which will take place between May 22 and June 5. 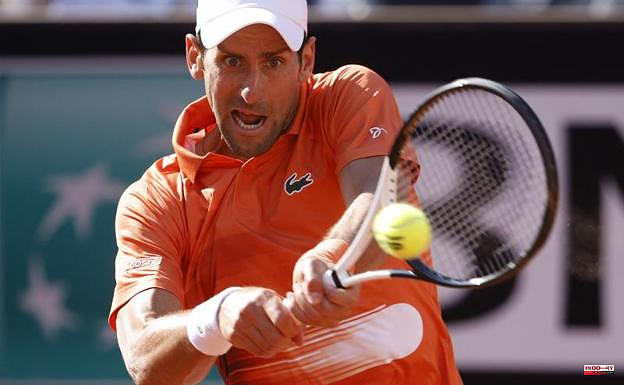 The world number one, the Serbian Novak Djokovic, defeated the Greek Stefanos Tsitsipas, fifth player in the circuit, 6-0, 7-6 (5) this Sunday, and thus reaped his sixth victory in the Masters 1,000 in Rome to just one week before the start of Roland Garros, which will take place between May 22 and June 5.

He succeeds Rafael Nadal in the list of winners, winner ten times in Rome and eliminated in the round of 16 due to severe foot pain suffered against the Canadian Shapovalov. The 34-year-old Balkan wins his first title of the year and confirms that he is in top form after a first quarter with almost no competition due to not having been vaccinated against Covid and the enormous controversy that this controversial decision generated.

After entering the distinguished club of players with 1,000 victories on Saturday, along with the American Jimmy Connors (record with 1,274 victories), the Swiss Roger Federer, the Czech Ivan Lendl and the Spanish Rafael Nadal, Nole added one more triumph at the end of a much easier match than expected, marked by a first set in white against the Greek, who had won the Monte Carlo Masters 1,000 in April and on paper should have presented much more battle.

Just a few days before appearing on the Parisian clay, where Djokovic will try to catch up with Nadal as the tennis players with the most Grand Slam titles (21) in their showcases, this battle at the Foro Italico already had something of the scent of Roland Garros. Although a Masters 1,000 is not comparable to a Grand Slam tournament, this decisive event in Rome was sold as the reissue of the last final at the Porte d'Auteuil, won by Nole at the end of a beautiful five-set battle.

The Greek, with extraordinary conditions to reach the world top but irregular and somewhat unstable of character, was shown this Sunday surpassed in the first set by the Serbian roller of Djokovic, who signed an unappealable 6-0, giving up only ten points to his rival .

Tsitsipas grew in the second set and came to break the Balkan's serve, to reach a hopeful 3-1 in his favor. He believed that he could take the Serb to a third set and show his supposed physical superiority there, but he was wrong. From that peak moment, the confidence on clay of the number one in the world came to the fore. Djokovic, very solid and mentally strong, grabbed the court, recovered that lost serve and prevailed in the sudden death of his twelfth final in the Italian capital. A great success in the Eternal City when he already looks out over the City of Light. 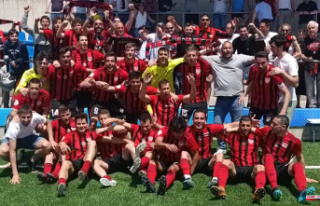 Arenas displays an exhibition of credibility to underpin...